.Luck Be A Powdery Lady 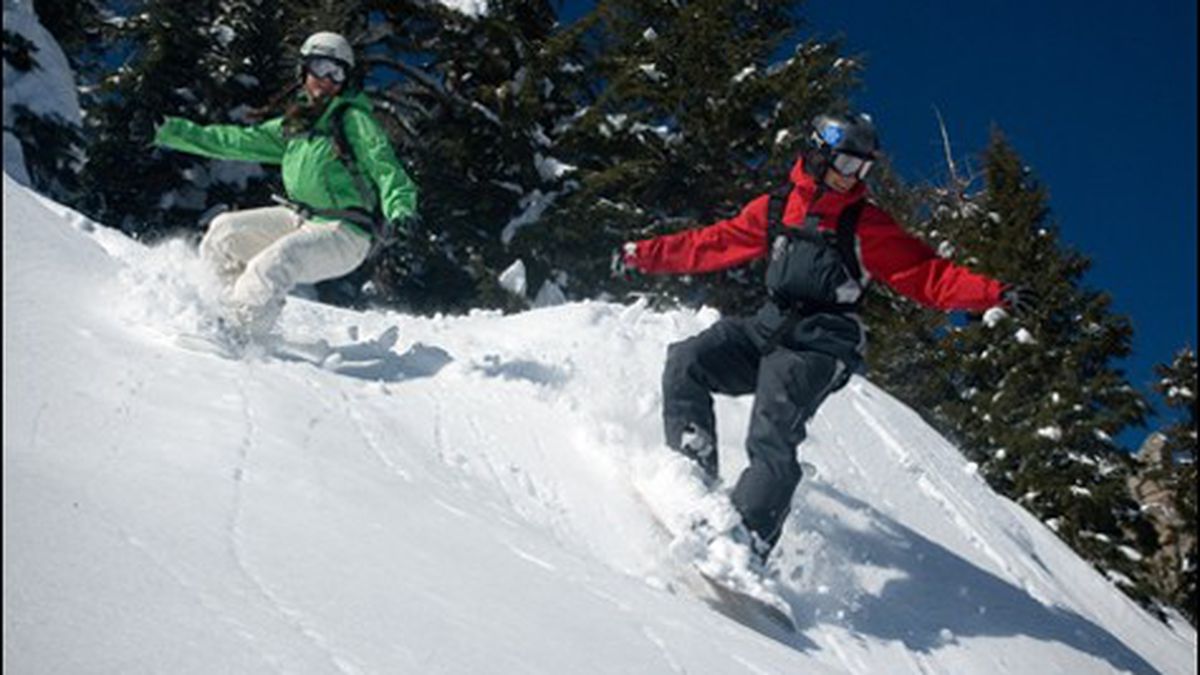 November 22 was opening day at most Lake Tahoe-area ski resorts, but where’s the snow? That’s a big question going into the Thanksgiving weekend, making pre-set powder missions a gamble throughout the season, forecasters say.

What is a sure bet on the mountainous California-Nevada border this year is tens of millions of dollars in capital improvements, yielding more man-made snow and luxury amenities like spas and yoga retreats, plus cool kids’ activities like the Stars Wars-themed Echo Base at Northstar.

Some three million people visit the Lake Tahoe area annually, two million of them in the winter alone. The tiny Tahoe-area town of Truckee is ranked among the world’s 25 best ski towns, according to National Geographic Adventurer in 2012. World-class skiers and riders bring their family and friends, and about half of all visitors don’t even touch a chairlift, notes lodge operator and OpenSnow.com forecaster Bryan Allegretto. They’re there for the winter wonderland vibe, the breathtaking views in the area’s 15,000 or so vacation homes, and, yes, the copious bars, hotels, and casinos just across the border in Nevada.

The mountains will be white for Thanksgiving, but it’s unclear when the steep, deep powder will return, Allegretto said. “There is no pattern,” he said. “Looking back at 150 years’ worth of data, there are few average years.”

Last year, the 2012-13 ski season came in like a lion and then got cooked like a lamb. Record storms in December 2012 treated riders to half the snowfall of the year before Christmas, but then we had the driest January through March on record, Allegretto said.

This year, rainfall figures in California have been among the lowest on record, and Tahoe got about thirteen to eighteen inches of snow so far, but that’s melted. “It’s pretty patchy,” Allegretto said.

Resorts with man-made snow have reported around seven inches of base, and will have fresh corduroy ready for Thanksgiving visitors. For example, Heavenly covers 73 percent of its surface with man-made snow, according to resort communications manager Sally Gunter. “No matter what happens, we’ll be able to support that with snowmaking,” she said.

That is ending and the waters are warming, leading to a “neutral” forecast, Allegretto said. Warmer waters in the sub-equatorial Pacific can set up a high-pressure system in the Pacific Northwest, which in turn pushes the jet stream south in a trough passing down over Northern California.

This south-dipping jet stream should push warmer, wetter subtropical storms over Lake Tahoe this winter, generating what could be higher-than-average amounts of snow above 6,000 to 7,000 feet. But snowfall lower on the mountain could be below average.

Tahoe is a place for gamblers, where you can get four hundred inches of snow in March and then nothing for six weeks, Allegretto said. “Some years we have eight hundred inches,” he said. “It’s extreme.”

The people getting the most bang for their buck this year will be those with season passes, who can schedule a powder mission on 72 hours’ notice and get up the mountain before a big storm drops its payload. Day passes are reaching into $100, while season passes are hitting historic lows, around $350.

“If you plan on going any more than once this year, do a pass,” Allegretto said. “There’s no reason not to.” They pay for themselves after just a few days, although you are locked into certain resorts on certain days.

Allegretto said his favorite mountain might be Homewood for the steep, deep powder in the trees, which will go relatively untracked for days. “Because no one goes there and the lifts are so slow.”

Homewood underlines its extreme credentials by teaming up with Pacific Crest Snowcats and West Shore Cafe and Inn to offer “The Backcountry Experience” this year. If you hate chopped up, rutted, used snow, you’re going to love snow-catting into 3,000 acres of private terrain, book-ended by some luxury lakefront lodging. Huzzah.

Advanced and expert skiers and snowboarders are also going to want to check out Sugar Bowl’s new $3 million Crow’s Peak Chairlift, which adds 150 acres of gut-churning steeps and chutes, as well as wind-protected glades and two new groomed runs.

Aside from season passes, everyone’s going to want to search for deals on the new ticketing website Liftopia.com, which brings demand-based ticketing to the ski resort industry. Participating resorts slash their lift tickets based on demand, Allegretto said. We found day-after Thanksgiving deals for $29 at Mt. Rose and $53 at Sierra at Tahoe.

An average stay in Tahoe for a family of four with lift tickets, rentals, lessons, food, lodging, and air travel can run $6,000 to $7,000. Bay Areans in the know can get it done for $79 per person per night with lift ticket at Mt. Rose and the Cal Neva Resort (formerly owned by Sinatra).

Or maybe it’s time to throw your money around and go all marble bathrooms, gas fireplaces, and Greek taverna at Heavenly’s new Landing Resort and Spa in South Lake Tahoe. This year Squaw Valley also opened its Wanderlust Yoga Studio, where attendees can get their nourishment from Mtn Roots Food Trucks, which offer local and sustainably sourced meals.

For the kids, Northstar welcomes its Ripperoo Riglet Park for children ages three to six, and if your heart does not melt at the sight of a three-year-old on a snowboard, you are not a human being.

Sierra at Tahoe blows out its Yoda’s Riglet Park to become a Burton Star Wars Echo Base, using proven Burton methods and the iconic film franchise to teach kids ages seven to twelve how to rip.

Other things to check out:

Alpine has transformed its mid-mountain Chalet into a Bavarian-style beer garden, serving regional brews, sausage plates, and raclettes (a Swedish cheese dish). … Northstar will host one of the last qualifying events for the 2014 Winter Olympics in Sochi — the Snowboarding and Freeskiing Grand Prix, January 9-12. … Snoop Lion will perform at the SnowGlobe Festival, December 29-31. … Shaun White will host the big-air-meets-poker event “Heavenly’s High Roller Hold ‘Em” on April 5.