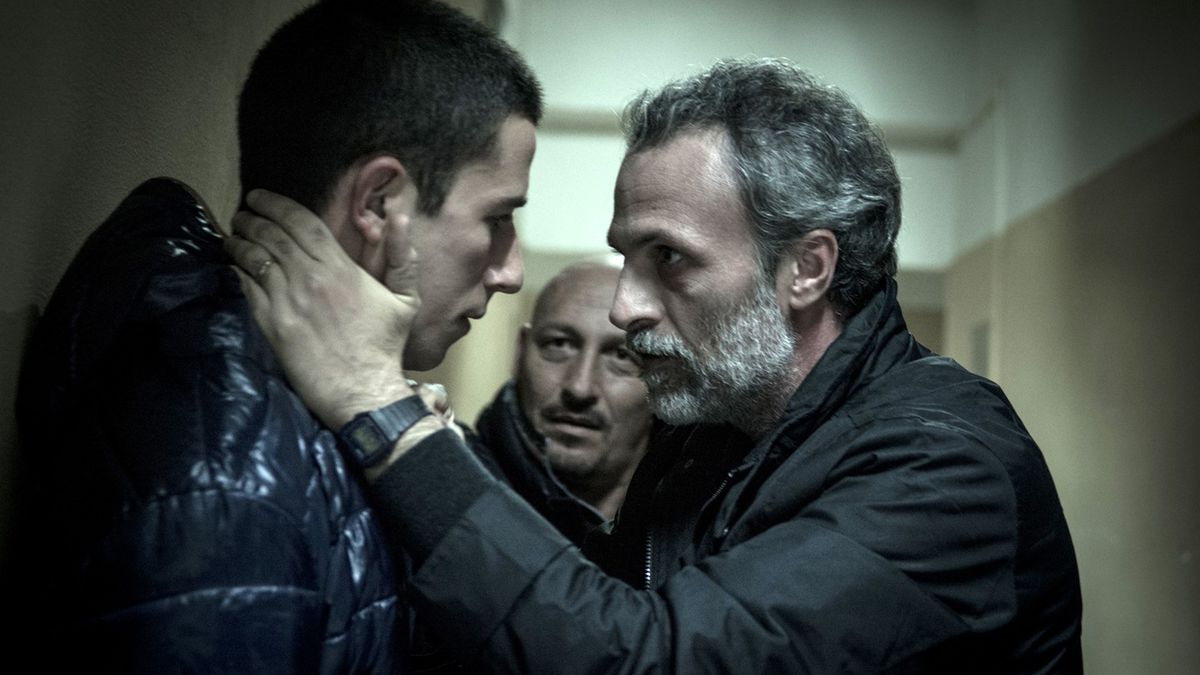 Not your typical Mafia revenge tale.

Black Souls begins promisingly. After closing a drug deal in Amsterdam with some gruesome-looking Latin American gangsters, Luigi Carbone (played by international actor Marco Leonardi) splits a pile of cash with his crew and returns to Calabria, Italy, in the toe of the boot, to celebrate. Instead of stopping by the Safeway to pick up some barbecue and potato chips on their way back to the family’s hometown of Africo, Luigi and his guys pull into an unattended barnyard, grab a couple of sheep, and throw them in the back of their van.

That sequence tells us everything we think we need to know about the Carbones, the Southern Italian ‘Ndrangheta (Mafia) in general, and the difference between movie mobsters in Italy and their American counterparts. No matter how many millions of Euros the Carbone family makes pushing polvere across porous borders, they and their law-breaking compadres in one of Italy’s poorest regions are still goat rustlers at heart. We may be rich, but why go out and buy meat when we can steal it so easily?

Director Francesco Munzi and two other screenwriters adapted Anime nere (the movie’s Italian title) from the novel of the same name by Gioacchino Criaco. Munzi evidently specializes in tales of criminality and desperate immigrants in multicultural modern Italy, but the story of the three Carbone brothers has more in common with Mario Puzo’s The Godfather and its old-fashioned vengeance than with the free-range exploits of the Neapolitan hoods in Matteo Garrone’s Gomorrah. Alongside the impulsive Luigi are Rocco (Peppino Mazzotta), the bespectacled brains of the family business who operates out of Milan, and Luciano (Fabrizio Ferracane), the somber older brother, a landowner and farmer, who has willfully distanced himself from his siblings’ rackets.

It is Luciano’s branch of the family that is to be the decisive factor in the family’s fate. Luciano’s macho son Leo (Giuseppe Fumo), who disdains his father’s straight-arrow attitude and idolizes his wild Uncle Lugi, has nothing better to do than stoke the Carbones’ feud with the rival Tallura clan. Of course, in this part of the world vendettas are the principal industry. Hot-headed Leo can’t help picking old wounds. One thing leads to another.

The plot is not very complicated. The heart of the matter is in the characters of smoldering Luciano and circumspect, businesslike Rocco, for which actors Ferracane and Mazzotta take home the acting prizes. We fully expect Luciano to finally explode and wipe out the Talluras — but that’s far too corny and convenient. Life is more complicated than that. Filmmaker Munzi, his cast, and crew made Black Souls on location in the town of Africo, Calabria, and evidently won over the initially apprehensive locals. If the movie lacks the sustained bloodletting and gaudy histrionics audiences have come to expect from popular gangster sagas, that’s part of Munzi’s strategy. It’s as if the movie deliberately stacks its pulpiest moments in the first half, then methodically strips away the bravado to arrive someplace quite different from traditional revenge tales.

From Tune-Yards to Hot Lists

Are SmartMeters Dangerous, Too?