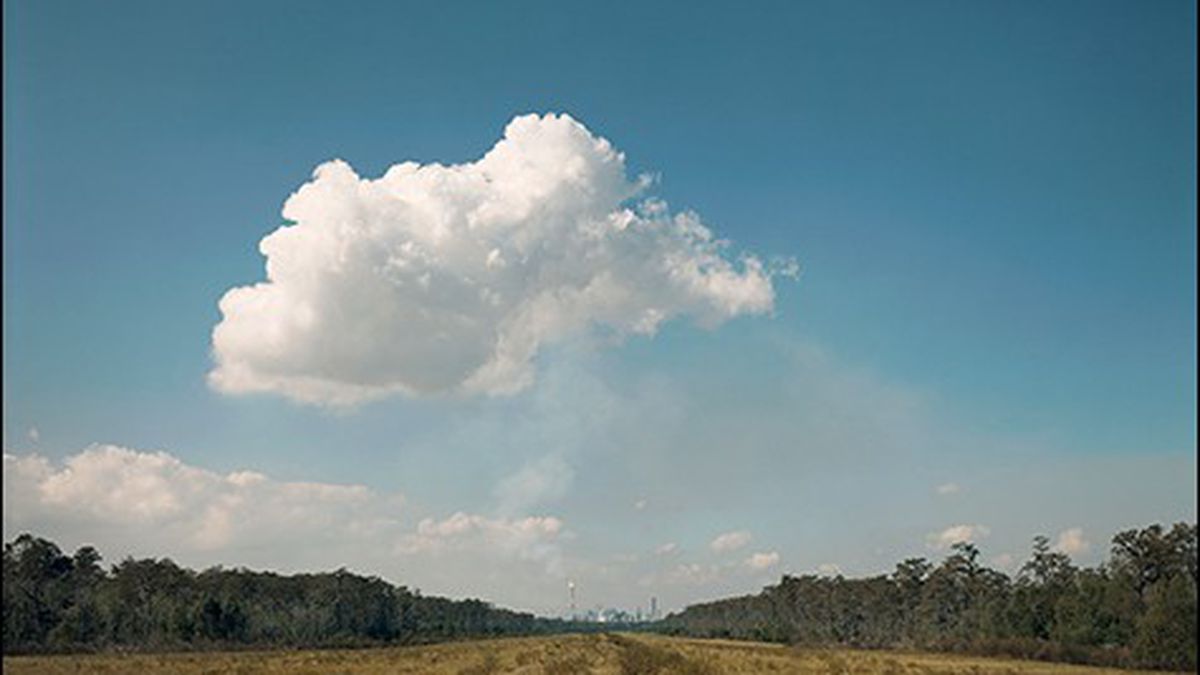 Merging art and activism can be a tricky thing. Many artists waver in their negotiation of aesthetics and argument, and end up falling on one side or the other. In the exhibit Petrochemical America: Project Room, internationally acclaimed photographer Richard Misrach manages to walk that tightrope with expert equilibrium.

In 1998, Misrach took his camera to “Cancer Alley,” an area along the Mississippi River that is home to a cluster of industrial chemical producers, a community with high rates of cancer, and a damaged ecosystem. In 2010, the original commissioners of the project, Atlanta’s High Museum of Art, asked him to go back and expand on the series. The second time around, he teamed up with landscape architect Kate Orff to help inform his photographic endeavor with research knowledge. Together, they produced Petrochemical America, an exhibition and book that traces, using photos and text, the complex economic and ecological dynamic that created “Cancer Alley.”

Now, David Brower Center (2150 Allston Way, Berkeley) is hosting the show’s “project room,” a version of the exhibit that invites viewers into the artists’ process through a studio-like installation and display of correspondences between Misrach and Orff. It includes a collection of massive Misrach prints and a number of artistic infographics by Orff that help flesh out the subtleties of Cancer Alley’s social and environmental landscape.

While Orff’s diagrams are in-depth, Misrach’s photographs are memorably striking. Their unvarnished depictions of bleak, industrial swamplands and smog burn into the viewer’s psyche. One photo features a chain-linked fence, adorned with subtle “No Trespassing” signs, rising out of an eerie swamp. The whole scene is enveloped in ominous fog, evoking a post-apocalyptic ruin. The image’s caption establishes the place as a hazardous waste containment site in which Dow Chemical buried 46,000 tons of toxins in unlined pits that likely leak into the drinking water.

The scale of Misrach’s photos engulfs the viewer, cornering her into a confrontation of the fossil-fueled crisis in which America is submerged. While viewers often approach art with a critic’s sense of authority, Misrach hopes to subjugate them with size. As he put it at the show’s reception, the viewer should be “contained by the image” to more realistically mimic the dynamic between individuals and their environment.

It’s a dynamic that Misrach acknowledges his own role in as well. “Realistically [the project] is not going to change Dow Chemical or Exxon … but it will, I think, record this moment in American history and what’s going on with this whole industry and the landscape, which is a very pivotal one,” he said. His ultimate goal is to produce images whose beauty and context make them unable to be ignored. Petrochemical America achieves that stunningly.