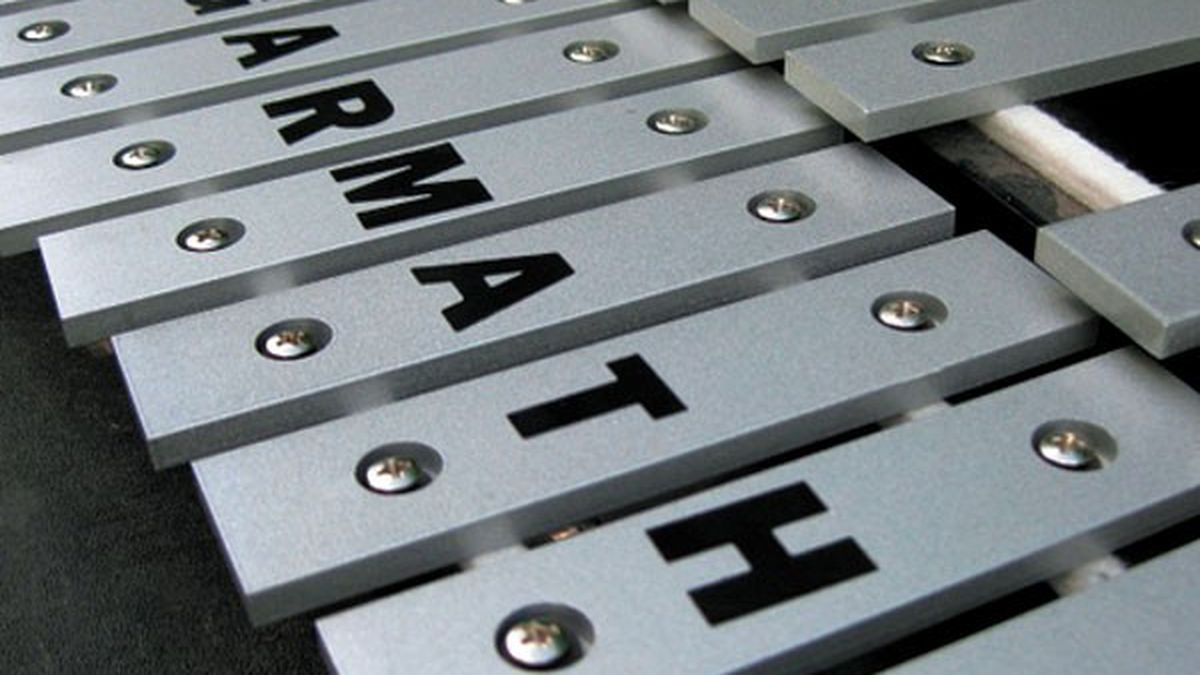 Our critics recommend the year's best in folk, hip-hop, metal, jazz, rock, R&B, and more — both here and abroad.

Although the Appleseed Cast used to be an emo band, there’s hardly a trace of such influence on the Lawrence, Kansas band’s gorgeous seventh album, Sagarmatha. Dreamy, shimmering, and swathed in reverb, this nine-song collection of mostly post-rock instrumentals carries a mood that, as indicated by the title (the Nepalese name for Mount Everest), ventures somewhere between earthly and celestial. Watch the ocean, watch the sky coos singer Christopher Crisci in “Raise the Sails” — and, indeed, it’s as if the two are melding as gentle, undulating waves of what sounds like vibraphone and guitar wash ashore, depositing sparkling, digitized granules before being sucked back into the turgid noise. At times recalling the haziness of the Sea & Cake and the hypnotic, headphone-worthy instrumentalism of Tristeza years ago, the Appleseed Cast may not be entirely original, but it does sound undeniably fresh. (Vagrant)

It was definitely a good year for fans of heavy music, and extreme record label Relapse was single-handedly responsible for a slew of notable releases. Chief among them is the second album from Brooklyn’s Tombs, a band whose epic, sprawling, bleak, burnt-to-bits sound bears elements of black metal, doom, and hardcore. Tremolo picking and blast beats build “The Great Silence” toward a colossal breakdown in which guitarist-vocalist Mike Hill lets out a barbaric growl that could rip flesh from bone. That intensity comes interspersed with tracks like “Story of a Room” — just a highly reverbed guitar exploring some desolate landscape. Building tension and releasing it is this band’s forte, the only drawback being such payoffs end much too soon. (Relapse)

Satyricon, The Age of Nero

A pioneer in the black metal genre, Oslo, Norway’s Satyricon took a career risk when it started writing more rock-oriented songs several years ago. Tracks such as “Fuel for Hatred” and “Repined Bastard Nation” on 2002’s Volcano featured more distinct riffs and vocals, and ultimately helped the band garner wider recognition. That transformation has become more realized on this year’s The Age of Nero, a dark and heavy but far more accessible vision of a blackened world. Recorded by famed engineer Joe Barresi, known for his superior tones, the album still contains black elements — double-bass drumming, fast picking — but also discernable choruses, cleaner vocals, slower tempos, and riffs that stick in your head like tar. Occasionally, drummer Frost shows off his super-human speed such as on the thundering “Die by My Hand” and opener “Commando.” The world may look bleak to Satyricon, but at least you can sing along. (Koch)

It’s hard to understate Isis’ contribution to the so-called “post-metal” genre. And Wavering Radiant demonstrates why the Los Angeles band continues to be so influential, even while its followers have eked out their own substantial niches. From majestic opener “20 Minutes/40 Years,” the brilliantly crafted fifth album juxtaposes and layers crushingly heavy textural elements with lighter touches such as Hammond organ for an effect that’s at once dense and gorgeous. More immediate than 2006’s In the Absence of Truth, the album maintains a consistently brooding intensity even when it quiets, with singer Aaron Turner’s alternating clean singing and harsh screaming adding to the overall aesthetic. Another engaging 2009 release produced by Joe Barresi. (Ipecac)

The Man’s Ruin dynasty might have ended long ago, but the stoner-doom sound that famed San Francisco label was known for never did. Carrying the torch is Zoroaster, another noteworthy band to emerge from the prolific South. Sludgy, narcoleptic riffs, eerie UFO blips and bleeps, and a constant drone make Voice of Saturn a worthy soundtrack for mind-melting road tripping — physical or mental. Between extraterrestrial excursions (the five-minute “White Dwarf”) emerge catchy tracks like “Undying,” in which a fuzzy, repetitive, detuned riff builds the foundation for an electrified guitar to freak out. Appropriately, vocals include mystical chanting and throat-burned yelling (the dirge-y, nearly eight-minute title track). Singular in its focus, Zoroaster executes its interstellar vision with seductive simplicity. (Terminal Doom Records)

El Perro del Mar (aka Swedish chanteuse Sarah Assbring) tends to filter her paralyzing sadness through seemingly non-sad music. In her self-titled debut, it was tempered by the music of 1960s girl groups; a sparse, churchlike aura accompanied the follow-up, From the Valley to the Stars. This time around, El Perro juxtaposes her heartbreak with light disco and a bass-heavy beat for Love Is Not Pop, which also marks her first collaboration (with fellow countryman Rasmus Hägg of Studio). Her fragile voice — while still delicate — veers toward entrancing when paired with a grooving bass line on the warm, slow-danceable single “Change of Heart.” Elements of her prior two albums suffuses the pretty “It Is Something (To Have Wept)”: it starts off hymnal with her voice accompanied by piano chords, then ushers in a faint doo-doo-doo chorus and synths and bass for a sort of sacred dance-floor shuffle. Musically, Love Is Not Pop might be slightly more upbeat than past efforts, but it’s still a downer. (Licking Fingers)

While countless bands try to emulate Mastodon’s technically astute, increasingly progressive approach to metal, the Atlanta band gets further ambitious on its fourth album, Crack the Skye — a scary thought considering it once wrote a concept album based on Moby Dick. This one, about Rasputin, wormholes, and the drummer’s dead sister, features so much dizzying guitar playing, complex drum fills, time changes, and vocal tradeoffs that — while sometimes disorienting — the ultimate effect is mesmerizing. There’s more than a couple hints of Dark Side of the Moon epic-ness present, but those are just as soon absorbed into a blizzard of stage-shaking pummeling. Despite the album’s ADHD tendencies, taken as a whole, it’s a masterful, oftentimes beautiful, piece of work. (Reprise)

While a lot of modern metal bands get caught up in compressed guitar tones, slick production, and generally trying to emulate Mastodon, Oakland’s Saviours look in the completely opposite direction, taking their cues from the 1970s and 1980s underground when metal was still “heavy” and rock ‘n’ roll’s debaucherous tendencies hadn’t yet been sanitized by MTV and commercial radio. Accelerated Living, the band’s third full-length, fully encapsulates this aesthetic, from the warm analog recording to the beefy drum tones and unadulterated shouty vocals. Compared to past efforts, the album’s got a lot more killer riffs courtesy of new guitarist Sonny Reinhardt of Watch Them Die and drummer Scott Batiste’s newfound songwriting process on guitar, rather than a heavily distorted bass. For old-school enthusiasts, it’s a no-brainer. (Kemado)

San Francisco’s Kowloon Walled City made an impressive debut with last year’s Turk Street EP, which showcased its revved-up, fuzzed-out, bottom-heavy sound inspired by Unsane, Godflesh, and Shallow North Dakota. For its follow-up, Gambling on the Richter Scale, the foursome continues its laser-focused pulverizing mission, whose sludgy-ness comes complemented with Scott Evans’ nicely ripped-vocal-chord scream. Such compelling heaviness has earned them rave reviews and been known to perk the ears of even the non-metal inclined. Consider them a potent gateway drug, whose addiction you can afford (their releases are free for download on their web site). (The Perpetual Motion Machine)

There’s no denying Billie Joe Armstrong’s ability to craft a catchy pop song. Building on the rock-opera concept executed on American Idiot, 21st Century Breakdown explores themes of disaffected youth, political disenfranchisement, and antiwar politics. (Yes, even in the Obama era, there’s plenty of angst to go around.) Musically, the album benefits from a strong Lennon influence, from the line I never made it as a working-class hero in the title track’s chorus to the standout piano ballads “Last Night on Earth” and “Restless Heart Syndrome” (perhaps the result of Green Day’s contribution to 2007’s Instant Karma: The Amnesty International Campaign to Save Darfur, a compilation of artists covering John Lennon). Clocking in at nearly seventy minutes, 21st Century Breakdown is an ambitious effort full of pop hooks and stadium-worthy anthems, and once again, Green Day makes it look easy. (Reprise)