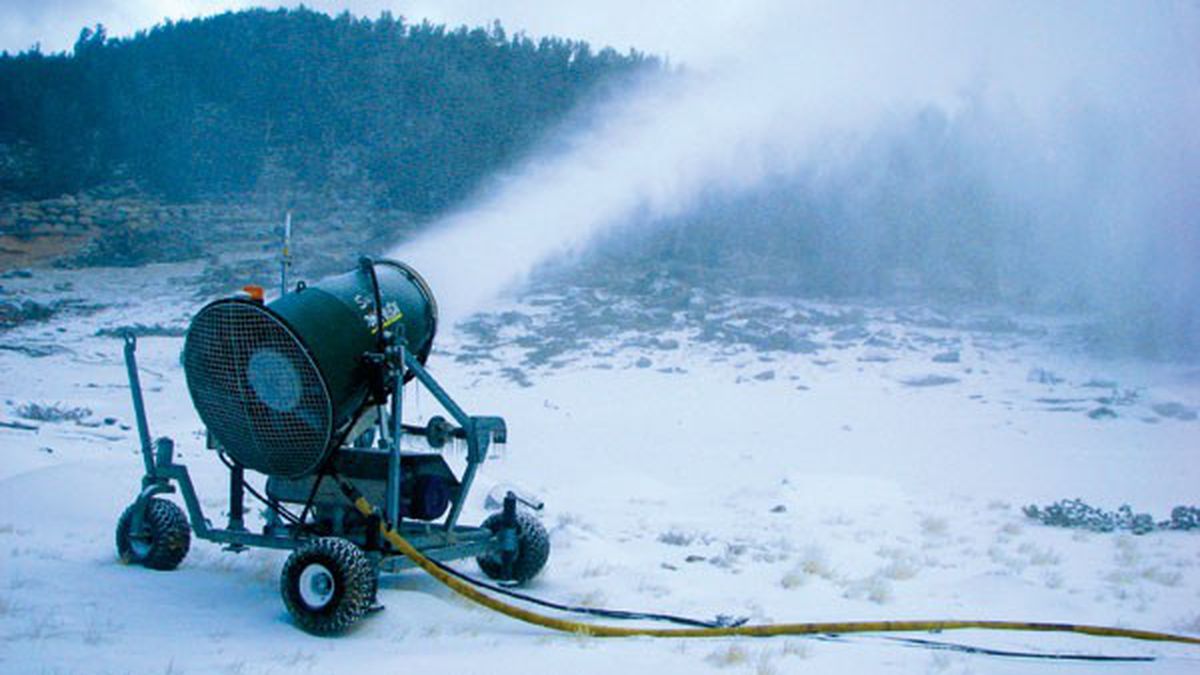 Tahoe resorts aren't going to let the weather get them down this year.

With the largest concentration of ski resorts in North America, the
Lake Tahoe region doesn’t just hope for a lot of snow — it banks
on it. The greater Tahoe economy is heavily dependent on the annual
influx of skiers and snowboarders. With the recession still lingering,
many ski resorts are offering reduced lift-ticket prices. Others hope
to entice people with events inspired by the 2010 Olympics in
Vancouver. Only one thing might stand in the way: the weather.
Lower-than-average snowfall has reduced the quality of snow-dependent
sports over the past three seasons. Although the Sierras have
experienced dry seasons in years past, many snow sports enthusiasts
have begun to blame global warming and wonder if they will ever see a
decent “base” again. But El Niño may help the situation. And if
Mother Nature can’t get the job done, several resorts are increasing
their own ability to produce snow.

The global weather phenomenon known as El Niño, which occurs
every three to five years, is expected to provide Northern California
with a favorable set of conditions this winter that will allow for a
snow sports season in Tahoe. “It looks like we’re going to have
above-average precipitation,” said meteorologist Alex Hoon at the
National Weather Center office in Reno.

Above-average precipitation would be good news for the resorts in
Tahoe because it would provide more incentive for budget-conscious
skiers and snowboarders to get on the slopes. Meanwhile, several
resorts are offering a little added incentive of their own. “If you
want to learn how to ski, we don’t want price to be the barrier,” said
Kirsten Kattell of Sierra at Tahoe. “The recession’s ending, but
people are still monitoring their discretionary income.” This year,
Sierra is offering a limited-access ticket, rental equipment, and group
lesson package at just $35 for adults. On February 13, Sierra will hold
the 2010 Winter Grom Games for patrons stricken with Olympic fever. A
slalom course and superpipe will be open to all comers.

Kirkwood will hold a series of skiing and snowboarding
competitions throughout the winter. A couple of big ones are the North
Face Masters of Snowboarding competition, February 25 to 27, and the
North American Freeskiing Championships, March 19 to 21.

The best bet for those imbued with the spirit of the Olympics is to
go to Squaw Valley, which is celebrating its 60th anniversary
and the 50th anniversary of the VIII Winter Olympics, which were held
on its slopes in 1960. The season-long celebration will begin in grand
fashion when pro skier and base-jumper J.T. Holms jumps off of a
gondola. From January 8 to 17, skiers will get early access, before the
mountain opens to the public, to simulate competing on the original
1960 Olympic courses. From March 26 to 29, members of the 2010 US ski
and snowboarding teams will be on hand to revel in their successes and
mingle away their disappointments. “We’re inviting all of our Olympians
past and present — athletes, free skiers, and snowboarders as
well and other Squaw Valley legends,” said Squaw Valley spokeswoman
Savannah Cowley.

Sugar Bowl also will hold an ongoing celebration of its 70th
year serving skiers. The resort has a new quad lift servicing the
summit of Mount Judah. Just in case El Niño is a no-show, the
resort has snowmaking capability on 25 percent of its runs.

Indeed, a few extra snowmakers might come in handy this year. The
weather is inherently unpredictable and a big snow season is never a
guarantee. El Niño years can vary. “Sometimes we get more
precipitation or more rain and snow in Northern California than usual,”
Hoon said. “Sometimes we get below normal.”

Like the global climate, the economic climate can be equally
unpredictable. Which is why some resorts try to woo multi-day visitors
in case they don’t get enough of the single-day variety. “Last year, we
were down on day ticket sales and up on season ticket sales,” said Mt.
Rose spokeswoman Kayla Anderson. “I think a lot of people were sticking
close to home, but a lot of season pass holders were coming out more
often.” In response, Mt. Rose is offering deals to season pass
holders through local businesses. But the resort also has extended $130
three-day passes to patrons regardless of where they live. Mt. Rose
also will open up its new Slide Lodge, which has an expansive deck and
a panoramic view of Mount Rose.

Northstar also has some new architecture on its slopes.
“The big story for us this year is the Ritz Carlton is opening
in mid-December,” said Communications Manager Jessica Vanpernis. The
five-star resort will be situated mid-mountain and connected via
gondola to an assemblage of 35 shops and restaurants in the Northstar
Village. Vanpernis is optimistic about this season. “If it snows,
people still come out. It’s part of the passion.”

Still, some might be reluctant to make the trip. All the passion in
the world can’t fill up a gas tank. “I don’t think anybody is recession
proof; this recession is proving that,” said Jay Abdo, sales manager at
Diamond Peak. Adbo touts “Last Tracks” as a unique event with a
huge “wow factor.” It starts in February and is held every Saturday.
Patrons who purchase a $29 afternoon lift ticket can also enjoy free
food and a wine tasting at a mid-mountain lodge while a fresh corduroy
trail is laid for their eventual descent down the mountain at dusk.
Abdo adds that Diamond Peak has the highest percentage of acreage
covered by snowmaking of any resort in Tahoe.

But Heavenly might have something to say about that. In
October, Heavenly announced that it was firing up the West Coast’s
largest snowmaking system, which can cover up to 73 percent of its
extensive network of trails. Heavenly also offers a non-holiday season
pass for $369, and two-day passes ranging from $110 to $164 for adults.
On the other end of the price spectrum is Donner Ski Ranch,
which offers $20 day tickets on weekdays. “We are the most affordable
place in the Sierras,” said General Manager Lincoln Kauffman. This year
Donner will have a carpet lift and tubing to make the mountain more
accessible for beginners and kids.

Beginners, kids, and those on a budget also might find that
cross-country skiing is more practical and affordable. Daily passes at
Royal Gorge range from $25 to $29 for adults and free for
children under ten years old. And Royal Gorge also just opened trails
specifically for snowshoes. “The last couple of years we’ve had good
skiing, just a later start,” said Francis Weisel of Royal Gorge.

As for this season’s start? “The jet stream is still north of our
area, hanging around the Pacific Northwest,” said Hoon of the weather
service. The closer the jet stream gets to Northern California, the
more cold weather storms will be headed toward the Sierras, he said.
“It’s going to be getting that snow machine going and hopefully opening
up ski resorts pretty soon.” Heavenly has invested in snowmaking this
year.

Soundwave Redefines the Who and Where of Sound Art