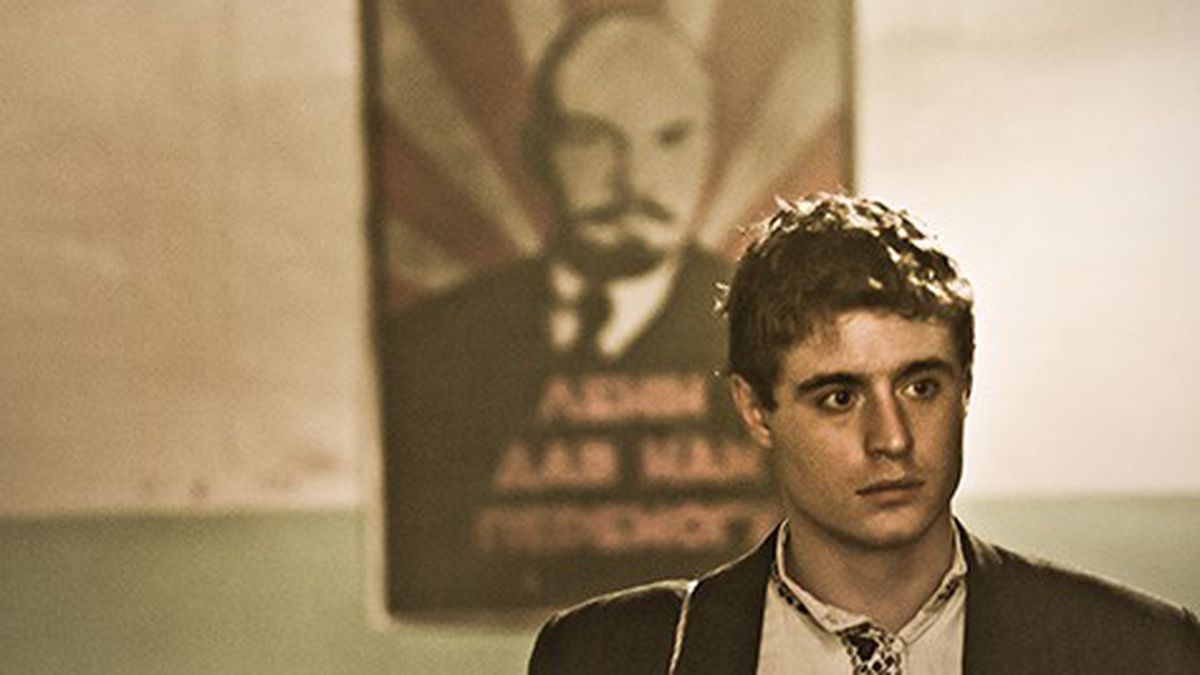 Thank You, Oscars, Now We Are Stuck With Bitter Harvest

Only a few days to go before the Academy Awards are doled out.

Bitter Harvest opens with a colorful sequence of farm labor in the wheat fields of Ukraine, circa 1932 — a panoramic scene of idealized folkloric paradise, with solemn yet enthusiastic peasants in traditional costumes gathering in the grain in a golden haze. All is well in the breadbasket of the Union of Soviet Socialist Republics.

But suddenly there comes a threat. In response to purported crop shortages in other parts of the USSR, Soviet leader Joseph Stalin issues orders from faraway Moscow to immediately collectivize Ukrainian agriculture and redirect the region’s rich resources for the benefit of the state. Which means the farmers have all their land and crops taken away from them by cruel Bolshevik soldiers, and now face starvation and brutal repression by the likes of Soviet captain Sergei (played by Tamer Hassan). The Cossack family of Yaroslav (Barry Pepper) and his son Yuri (Max Irons), a budding artist, is caught up in the strife, as is Yuri’s sweetheart Natalka (Samantha Barks). It is the time of the Holodomor, a genocidal famine in which upwards of seven million people perished.

Bitter Harvest is the sort of sensationalized quasi-political drama that flourished in Hollywood and overseas during the Cold War, in which ordinary folks struggle bravely against totalitarian (usually communist) dictatorship, human rights are trampled, and blood is shed. Why this neglected subgenre is being revived in 2017, in a Canadian production directed by German-born American TV veteran George Mendeluk (Lonesome Dove), is anybody’s guess. Perhaps it has to do with the current Russian encroachment in the Eastern Ukraine — as seen through the eyes of Richard Bachynsky Hoover, the film’s Ukrainian-Canadian writer-producer. Or maybe it’s just a reflection of the movie business in the slack pre-Oscars season of late February, when exhibitors empty out their back catalogs and hard-to-sell oddities like Bitter Harvest suddenly pop up in theaters.

In any case, Hoover and Mendeluk’s mini-epic is neither odd nor epic enough to make much of a splash with jaded multiplex audiences accustomed to multi-million-dollar CGI outer-space spectacles. But it’s worth examining for curiosity seekers. The speechifying, especially by the Red apparatchiks, is pretty clumsy, but the shot-on-location settings are splendidly authentic. The film’s point is clear: Stalin lives in luxury while Ukrainians starve. We never quite get into the messy intricacies of Soviet-Ukrainian relations, such as Ukrainian collaboration with the Germans in World War II or the role of anti-Soviet partisans. Those are subjects for another movie. Bitter Harvest is already grim enough.

Cheer up, moviegoers. Only a few days to go before the Academy Awards are doled out. After that happens, the normal flow of films of every kind – good, bad, or indifferent – can resume and we can escape the boulevard of broken dreams. In the meantime, we’re stuck with stuff like The Great Wall and Bitter Harvest.