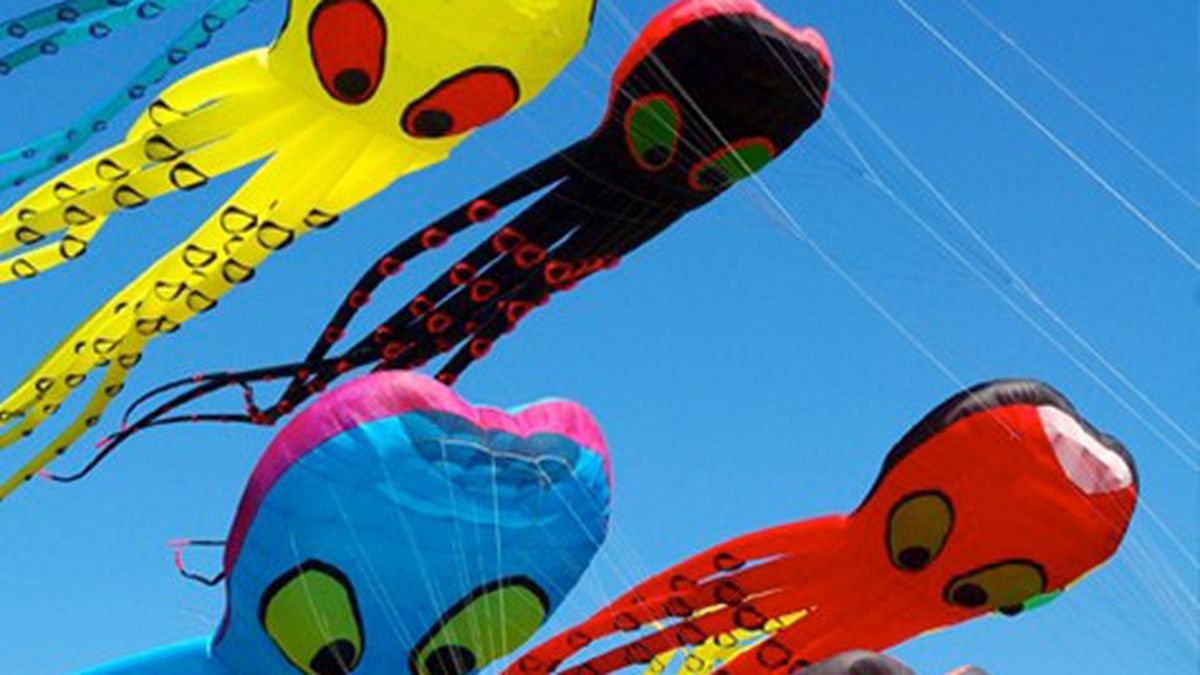 A Year’s Worth of Festivities

A chronological road map of our favorite events and where to find them. We wouldn't want to lose you amid all the beer festivals and free concerts.

The East Bay has an almost overwhelming supply of exciting festivities that take place throughout the year. To help you navigate that landscape of fun, we’ve created a chronological road map of our favorite events and where to find them. We wouldn’t want to lose you amid all the beer festivals and free concerts.

Saturday Stroll A weekly companion to Art Murmur, but with fewer festivities and more focus on the galleries. Saturdays. 1-5 p.m., free. OaklandArtMurmur.org

Second Saturdays  On every second Saturday of the month galleries on 15th Street open their doors at night to host joint openings and events with music. Exact times vary.

CAAMFest The annual event has grown into a ten-day feast with two important main courses: films from Asia and films by Asian Americans. Because it comes early in the calendar year, the festival often steals thunder from other fests with its adventurous selections. March 12-22. Various venues in San Francisco, Berkeley, and Oakland. CAAMedia.org

Northern California Cherry Blossom Festival A large, vibrant celebration of Japanese culture and of the Japanese-American community, with a parade, food booths, and live performers spread out over four days. Saturday-Sunday, April 11-12 and 18-19, free. Japantown, On Post St. between Laguna and Fillmore Streets, San Francisco. SFCherryBlossom.org

The San Francisco International Film Festival The oldest film fest in the Western Hemisphere is also one of the world’s most interesting, because it plays to the Bay Area’s film-loving audiences instead of to industry types with two weeks of movies you’ll probably never see anywhere else. April 23-May 7. Various venues. SFFS.org

Bay to Breakers The infamously zany 12K race features runners decked out in costumes as they traverse the streets of San Francisco. Sunday, May 17. Starts at Howard St. at Beale St., San Francisco. BaytoBreakers.com

Bike to Work Day Drop your car keys, grab your bike, and participate in Bike East Bay’s annual celebration of the bicycle. With deals and promotions for bike riders at various Bay Area locations. Thursday, May 14. bikeeastbay.org

Frameline Aka the Lesbian-Gay-Bisexual-Transgender Film Festival, the decades-old summertime festival has branched out over the years and now spans the globe with its innovative, exciting programs. June 18-28. Various locations. Frameline.org

Temescal Street Cinema With free screenings of locally made films and shorts projected on the side of a Bank of the West building, plus live music, and popcorn. Typically held in June and July, free. 49th Street and Telegraph Avenue, Oakland. TemescalStreetCinema.com

Berkeley Kite Festival The Berkeley Marina, directly in the path of the relentless winds coming off the Pacific Ocean, has long been a prime spot for flying kites. Kite teams from Berkeley and Japan show off their enormous kites (both traditional and non-), visible as far as the eye can see. Saturday-Sunday, July 25-26, 10 a.m.-5 p.m., free. Cesar E. Chavez Park, 200 Marina Blvd., Berkeley. HighlineKites.com/pages/Berkeley-Kite-Fest.html

Brainwash Movie Festival The Bay’s only “drive-in, bike-in, walk-in” film fest started off showing a bunch of ultra-indie films and vids on a wall in a West Oakland parking lot; it’s since grown to cover multiple days at various venues. July 17-18 and July 24-25. Location TBA. BrainwashM.com

Mayor’s Fourth of July Alameda’s annual Fourth of July extravaganza attracts some 20,000 spectators, or roughly one-third of the city’s population, and is rumored to be one of the longest Fourth of July parades in the world. There’s flag waving, color guards, marching bands, baton twirlers, classic cars, horses, politicians, veterans, and floats, floats, floats. The best hometown parade going in the East Bay, no question. Friday, July 4, free. MyAlamedaParade.com

San Francisco Jewish Film Festival The world’s oldest and largest Jewish film festival sees its mission as exploring the Jewish experience in all its complexity. And if that means giving equal voice to Palestinians and other minorities, so be it; boundaries were created to be stretched. July 23-August 9. Various locations. SFJFF.org

San Francisco Marathon Run across the Golden Gate Bridge and past many of the city’s most famous landmarks in this extremely popular event. Options include a full marathon, two half-marathons, a 5K run, and more. Participants receive T-shirts, coaster medals, and completion certificates. Sunday, July 26. Races begin at various points in San Francisco. 888-958-6668 or TheSFMarathon.com

Oaktoberfest in the Dimond With live music and other entertainment, along with more beer and bratwurst than anyone would know what to do with. Saturday, October 3. 11 a.m.-6 p.m., free. Dimond District, Fruitvale Ave., between Montana Ave. and Colma St., Oakland. Oaktoberfest.org

Park Street’s 20th Annual Classic Car Show This annual car show has a bumper-to-bumper crop of more than four hundred primo vehicles that have been waxed, buffed, and shined so fine that onlookers can see their reflections in the gleaming panels and bumpers of the hardtops and hatchbacks. Saturday, October 10, free. Park St., Alameda. ShopParkStreet.com

Treasure Island Music Festival The two-day fest, co-organized by the folks who bring you Noise Pop and the Outside Lands Music & Arts Festival, is a must-attend event for anyone curious about the state of independent music. Acts TBA. Held in October. Treasure Island. TreasureIslandFestival.com

Vintage Fashion Faire A vintage fashion extravaganza with more than fifty booths showcasing fashion from every decade, including Victorian and Deco eras, and the Forties through the Eighties. Friday, Nov 16, 10-5 p.m. $5-$10. 2701 Monarch St., Alameda. AlamedaPointAntiquesFaire.com/blog/vintage-fashion

Telegraph Avenue Holiday Street Fair Vendors from far and wide set up shop in the streets, where all manner of gifts — framed black-and-white photos, wooly hats, screen-printed T-shirts, artwork, ceramics, jewelry, and more — can be found at prices that won’t break your bank. December 11-12, 19-20, 22-23. Telegraph Avenue, between Dwight and Bancroft ways, Berkeley. TelegraphFair.com

Noise Pop The biggest independent music festival of the year brings together the hottest noisemakers for anticipated reunions and rarely seen bills, performed in intimate environments. The festival seems to keep expanding with each year, and now includes a film festival, comedy acts, art, and a crafts fair. Typically held in February. Various venues. NoisePop.com

Correction: The original version of this report erroneously stated that Bike to Work Day is organized by the San Francisco Bicycle Coalition. In fact, in the East Bay, it is organized by Bike East Bay.
Facebook
Twitter
Linkedin