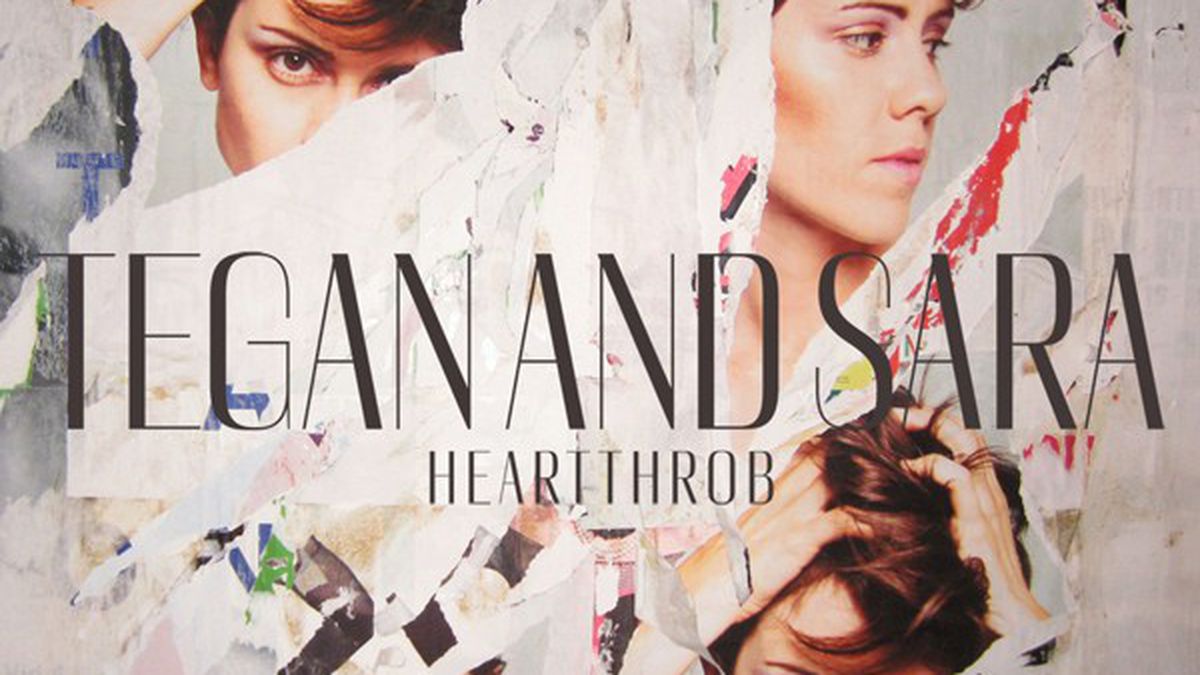 In a familiar story for what I now realize is an embarrassingly large group of people, I was introduced to Tegan and Sara my freshman year of college — by someone older, someone special — and took to the twin-sister pop duo with the fervor and earnestness that I took to all of my new experiences that year. And also like many of T&S’ early, ardent fans, I’m a bit of a purist for their mid-Aughts, emo-inflected sound, if for no other reason than nostalgia; because of that, I was more than a little apprehensive when I heard that the Quins had brought on pop megaproducer Greg Kurstin for their seventh studio album. Heartthrob is, to be sure, a departure: A slick, sparkly, unabashedly New Wavey record that’d be more at home on a dance floor than a dorm room. It’s startling.

But here’s the thing: Tegan and Sara have always been captivated by bigness — by minor falls and major lifts, by colossal, chorus-heavy compositions whose form echo the unrelenting, all-consuming hugeness of their lyrical subject matter: the giddy, skittering velocity of infatuation and the insides-wrecking pain of heartbreak and all the starts and stops between. It’s telling that so many people fall for these two as college freshmen: In their hands, everything feels as raw and as real as if it’s being experienced for the first time. On Heartthrob, the highs are higher than they’ve ever been — buoyed by frenetic synths, muscular bass lines, and arena-ready arrangements — and the lows are rendered even more devastating by simple virtue of their boppy backing tracks; the whole thing is at once indelibly visceral and imminently listenable. Heartthrob isn’t a departure, it’s a development. (Sire)