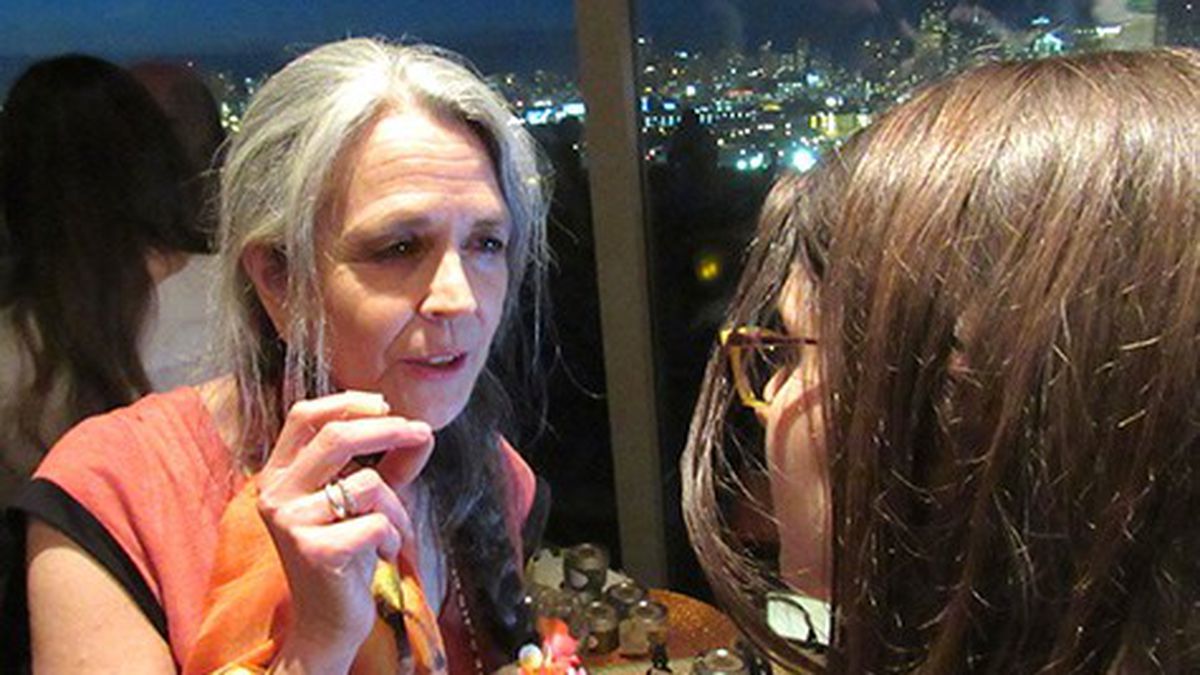 Finally, a tea party worth voting for. High-end medical cannabis-tasting parties are now a thing in the Bay Area, and they aren’t the informal, low-key stoner gatherings of yore.

“It’s a dream come true,” said Casey O’Neill, a second-generation pot farmer and owner of HappyDay Farms. “It’s really representative of how far we’ve come as a culture. I mean, being stuck in the hills, hiding under the bushes, to being able to have a party in the San Francisco hills in a fancy house overlooking the water. That for me is tremendously invigorating.”

Posh, commercial pot tastings are long overdue. About 84 percent of Americans now support medical access to the botanical, and California has a mature, nineteen-year-old, $2 billion medical pot industry. The event was perfectly legal under state law, as everyone there was a member of the Flow Kana collective — a new Bay Area tech startup that uses a web application to power farm-to-door pot deliveries.

Started in March, Flow Kana combines the pot industry contacts and expertise of Hayward’s Nicholas Smilgys (formerly at SPARC) with the serial tech entrepreneur skills of Michael Steinmetz Mishkin, a resident of San Francisco’s North Beach district. Qualified patients join Flow Kana via smartphone, peruse the online menu, select their bud of choice, and receive a delivery within an hour.

The founders see the start-up as a fusion of the direct-to-consumer and farm-to-table movements. Flow Kana gives patients a chance to vote with their dollar for top-shelf bud. It’s mostly high-end, $50 per eighth-ounce, artisanal appellations of heirloom strains that are grown organically, under full sun, and verified by the independent organization Clean Green.

Mishkin said consumers seriously crave this type of event. More people read the company’s email newsletter than ever before, he said. “This event was a revolutionary thing for us.”

After a brief reception and a 15-minute tasting lesson from Chaitanya and Lastreto — who are also Emerald Cup judges who’ve smoked an estimated 3,000 strains in the past decade — guests floated through the tasting booths, learning about the buds, smelling unlit joints, and taking a puff or two off a joint or bong. Downtempo house music and reggae kept the event mellow. Every half-hour, Lastreto rang a small silver bell, announcing the availability of a new strain to taste. After six bell rings, guests re-sampled any flowers they preferred, and bought direct from Swami Select or HappyDay Farms.

The four-hour tasting flew by in a surreal, mirthful whirl. “This is great, man,” said O’Neill. “It’s like, normal, capable, thinking, conscious adults having a good time. I guarantee you there won’t be any fights.”

There wasn’t. Flow Kana announced another tasting for May.

For more on the tasting, including photos and pro tips on picking out flowers, check out the Legalization Nation blog this week on our website.