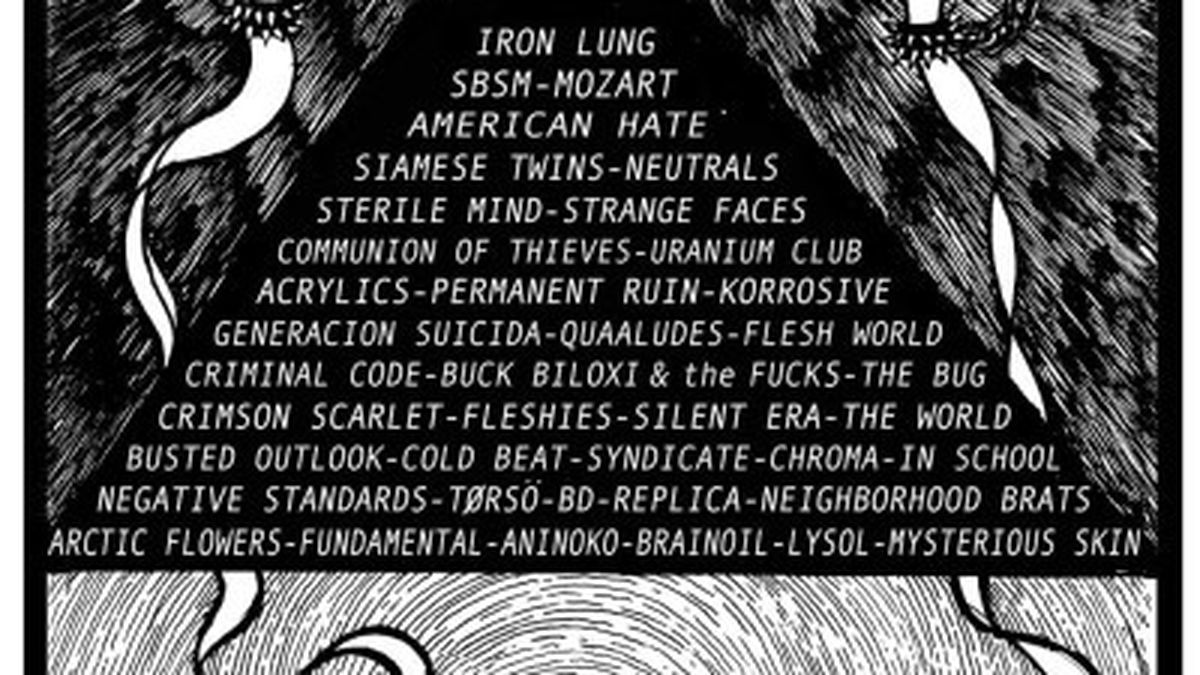 Still Not Quiet on the Western Front

A weekend of international and local DIY punk bands.

Founded in 1982, Maximum Rocknroll is a non-profit publication that covers punk and hardcore scenes from around the world. The magazine has clung to its staunchly DIY ethos over the years. Even as it has grown into something of an institution, it has continued to eschew corporate sponsorship and coverage of major-label acts, positioning itself as an ardent champion of formidable underground bands that may not otherwise have a chance at coverage in the mainstream press. This Thursday, MRR will kick off its festival, Still Not Quiet on the Western Front, which features dozens of bands playing shows at various venues in both San Francisco and the East Bay through the end of the weekend. A few events under the Still Not Quiet umbrella to look out for? Noise-punk outfit Criminal Code at Thee Parkside on Thursday; Saturday’s record swap at LoBot (which precedes that day’s concert with Uranium Club, The World, Neighborhood Brats, and Neutrals); and Cold Beat and Flesh World at Oakland Metro Operahouse that same night. Refer to Maximumrocknroll.com/Fest for the complete schedule.

Just To Tear Me Down by Flesh World