The emerging Oakland producer envisions his textured beats as a form of escape. 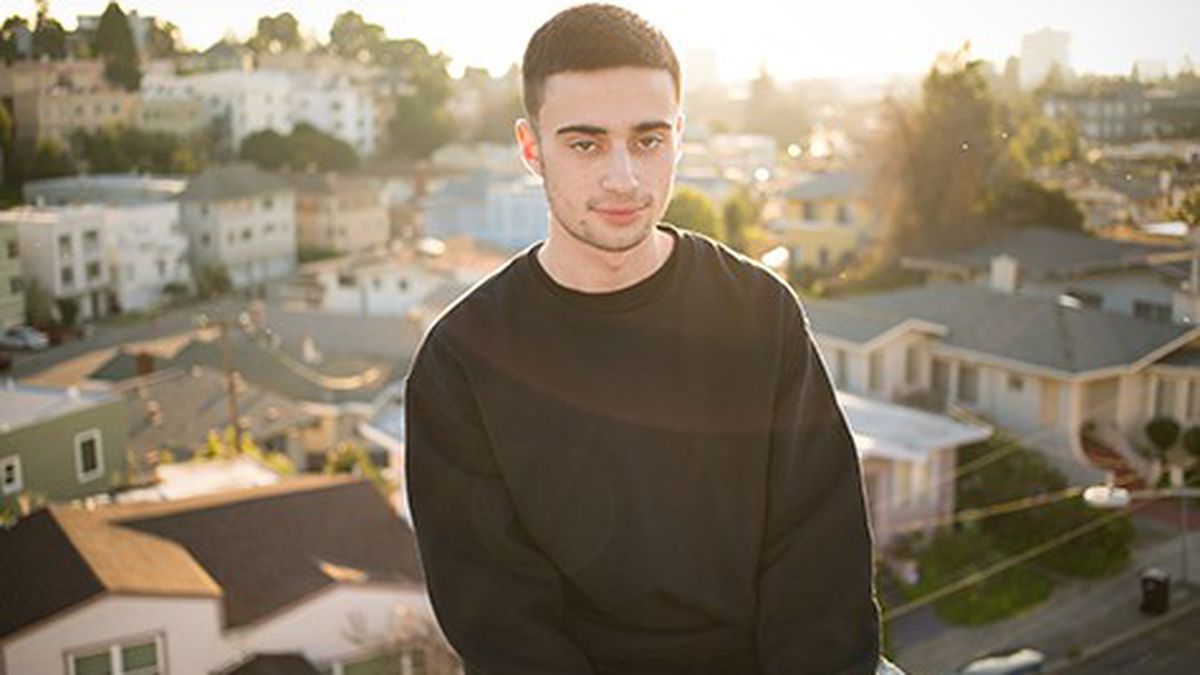 It’s easy to tune out the rest of the world when listening to Arboreal’s intricately arranged electronic tracks. The songs build up and then strip back down, enveloping listeners in muted jazz-samples and field recordings from nature and the producer’s indoor surroundings. He layers the sound of reeds rattling, raindrops falling, or leaves rustling over expansive keys and sparse back beats. His textured instrumentals make fitting backdrops for that long ride home – when your mind scans over the day’s events and memories float in and out of your awareness as the bus or train rumbles through the landscape.

The Oakland producer, born Aaron Robbins, took on the name Arboreal, or “of the trees,” as a metaphor for using music as a safe haven of sorts. The field recordings in his work, he explained, offer an opportunity for listeners to escape into their imaginations. “When there’s a real atmosphere recording of something outside that’s in the music or behind it, it really feels like you’re in a place,” Arboreal said. “[They’re] sounds that feel comforting — like you’re by yourself or you’re just kind of in your own head.”

anymore / yet by arboreal

It’s no surprise then that Arboreal began developing his music during a particularly tumultuous period in his life. The eighteen-year-old Oakland native attended three different high schools and spent his junior year taking online courses. His parents got divorced around his sophomore year, he said, and he also went through a “super long, convoluted, and difficult” relationship during that time.

“High school was kind of a crazy time,” he said. “I just focused on music one hundred percent, every day after school. It got to the point where I wasn’t really doing any homework or anything for most of high school. It all sort of flew by.”

Sitting in his sparsely-decorated apartment in Oakland’s Cleveland Heights neighborhood, the Laney College freshman admitted that he’s pretty happy with the direction his life has taken since high school graduation. The electronic music collective Somewhere to Hide dropped his debut album, anymore/yet, last December, a project he had spent the past eighteen or so months producing. He’s been performing with Vallejo producer Sela Oner at the latter’s recurring beats showcase at Studio Grand, Very Clean, the next iteration of which is planned for February 13. And, he’s collaborating with Somewhere to Hide singer/producer Wool (Emily Chaves) on a split cassette tape that he said will come out within the next few months.

Arboreal said that pop and hip-hop’s evolution towards atmospheric beats inspired him to head in the same direction himself, with artists such as Main Attrakionz, a well-regarded Oakland rap duo, opting for washed-out, ambient production in their releases.

Much like the collages made from National Geographic cutouts that decorate his room, Arboreal’s tracks on anymore/yet juxtapose unrelated yet harmonious sounds. On the album’s first single, “to the forest,” a splinter of a vocal sample forms the song’s spine, over which he plies brittle snare snaps and subtle bass notes to create a verdant tonal milieu. While most of the tracks have a hazy and effervescent quality, the two-minute track “gas” takes an ominous turn with a menacing organ melody treading over forbidding undertones. The album oscillates between genres, mixing house, two-step, and hip-hop. And without many decipherable lyrics, listeners are free to interpret the instrumentals any way they like.

Arboreal didn’t set out to make a cohesive project. anymore/yet came about after a deal to produce an EP for an LA label fell through, he said. It wasn’t until he assembled the tracks alongside others he was working on that a cohesive theme emerged. The title of the album was rooted in a feeling of detachment, or as Arboreal put it, “Not being one hundred percent present. Always looking towards the future or just looking at the past, and not knowing where to go.” He was quick to admit it was an honest reflection of where he is in his life, both in terms of defining his own path as an adult, and refining his musical style.

“Creating music, I feel like it’s me putting my energy out there,” he said. “You can tell whatever tale you want.”