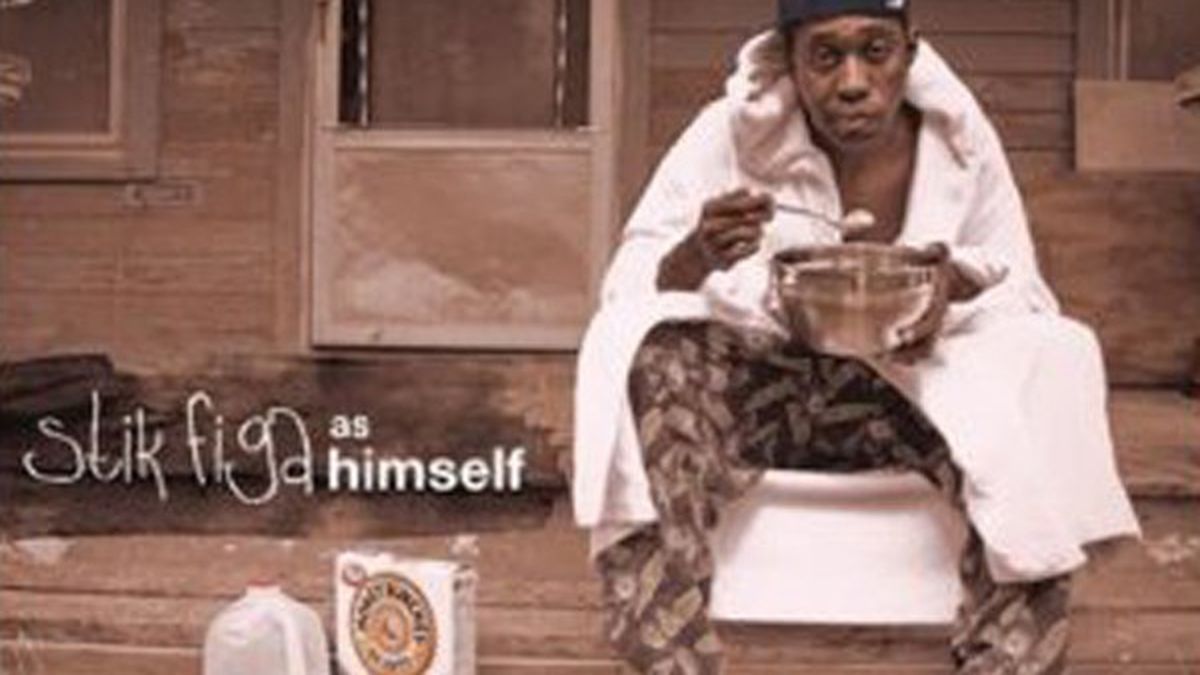 “Humble and hungry” is one of the most well-entrenched credos in hip-hop, and Topeka rapper Stik Figa apparently takes it literally. The title of his 2009 mixtape, It Ain’t Easy Bein’ Skinny, may have been intended as humor, though it also made the emcee look like a famine victim. His current album jacket, for a remarkably slick April debut, shows Stik Figa bathrobe-clad and downtrodden, polishing off a huge bowl of Honey Bunches of Oats. And lest you question his humility, Stik Figa — whose real name is John Westrook Jr. — lards the opening track of As Himself with self-disparagement: He was a nerd in high school, girls didn’t like him, he covets luxury items that are well beyond his price range (a Chevy truck with hydraulics, and an engraved pimp chalice, for example), and everyone doubts his authenticity. Got grades in school, got told I wasn’t black, Stik Figa grouses in the second verse. It truly ain’t easy bein’ skinny.

While a vast catalog of complaints doesn’t always become a rapper, in Stik Figa’s case, it’s very much part of building a persona. He’s taken a populist stance that can also double as a form of male preening, particularly when he shifts from stories of working-class upbringing to a weirdly detailed description of his hair. The theme stays consistent on As Himself, so you get the sense of a tangible, likeable character being squeezed through the platitudes. More importantly, Stik Figa is a talented emcee. His beats, all produced by hip-hop auteur Michael “Seven” Summers, have the chunky horns and rubber-band bass lines of Seventies funk. And Stik Figa tends to stay in the pocket, even rapping double-time. (Mello Music Group)

Update: A previous version of this review erroneously stated that Stik Figa’s album was produced by Oddisee. It was in fact produced by Michael “Seven” Summers.