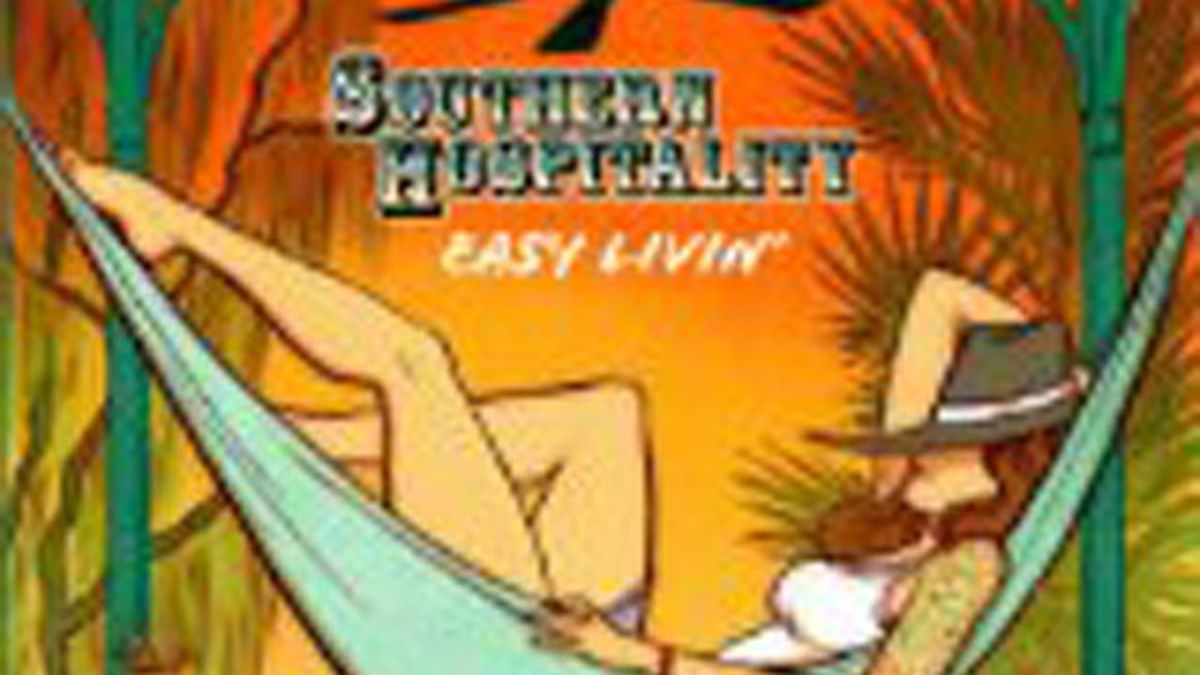 Southern Hospitality, a quintet fronted by guitar-slingers Damon Fowler and JP Soars and piano-pumper and organist Victor Wainwright, is an aptly named band. The three, along with bassist Chuck Riley and drummer Chris Peet, cut a wide stylistic swath across the Southern states on their debut disc, which was produced by Louisiana bluesman Tad Benoit. The songs include Southern rock that brings to mind The Allman Brothers and The Band, Western swing, frantic rock ‘n’ roll in the Little Richard/Jerry Lee Lewis tradition, a taste of Southern soul, bits of blues and jazz, and even hints of reggae.

Ten of the dozen songs are originals, rich in memorable hooks — the nicely laid-back, reggae-driven “Don’t Feel Like Going There Today” especially so — and composed both individually and collectively by Fowler, Soars, and Wainwright, with Benoit lending lines to a couple. The co-leaders take turns singing — one of them sounds like an uncanny cross between Dr. John and Alvin Youngblood Hart — but the credits do not indicate who’s leading on which tune. Fowler’s lap-steel-guitar attack draws on Duane Allman at times, other times on Leon McAuliffe of Bob Wills’ Texas Playboys. (Soars switches to dobro on occasion.) Those two sliding guitars clash on “Certified Lover,” making the soulful ballad’s tonal center ambiguous behind the vocalist until Wainwright finally anchors it with chiming piano chords. (Blind Pig)

Wednesday Must Reads: Oakland Teachers in Work Slowdowns at 15 Schools;...

Sound by Its Cover: The Assemble Head in Sunburst Sound