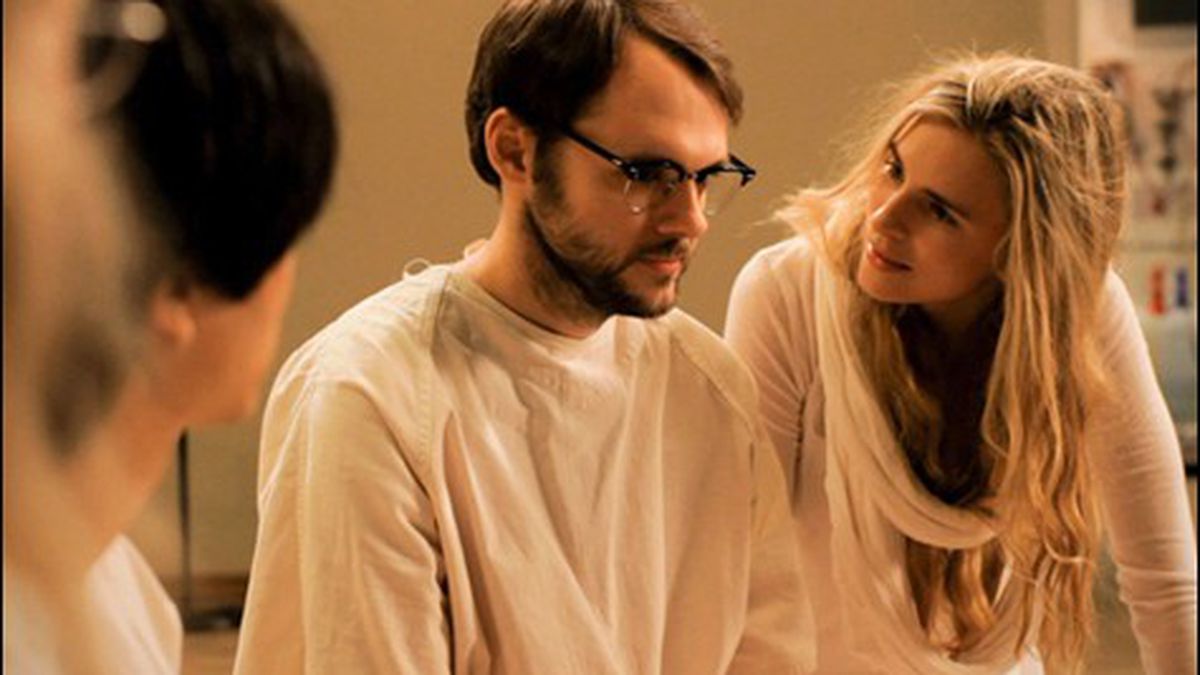 Sound of My Voice

She who must be obeyed.

Sound of My Voice is an example of how much a movie can accomplish with a good script, a few decent actors, and almost nothing else. It may not be an exquisite miniature, but it’s as close as we’re going to get this week at the movies.

Peter (Christopher Denham) and Lorna (Nicole Vicius), a pair of budding investigative video reporters, infiltrate a furtive Los Angeles cult built around a young woman named Maggie (Brit Marling), who claims to be from the year 2054. Maggie, an enigmatically serene presence who requires her adherents to perform a silly-looking secret handshake and engage in humiliating rituals, is supposedly visiting the year 2011 in order to find a little girl named Abigail (Avery Kristen Pohl), for obscure reasons of her own. There’s a definite flavor of the dictator in Maggie. Meanwhile, the group’s elaborately clandestine meetings are guarded by Klaus, the creepy gatekeeper (Richard Wharton). Undercover reporters Peter and Lorna equip themselves with tiny concealed cameras that upload video to the web, but the deeper they delve into Maggie’s world the trickier their task becomes.

The screenplay, by actress Marling and director Zal Batmanglij, relies heavily on Marling’s spooky demeanor — the same one she used in last year’s sci-fi-ish Another Earth, which she also co-wrote. Her hushed intensity brings to mind another recent drama about sinister cults, Martha Marcy May Marlene. Where that film was open-ended, however, Sound of My Voice is a bit of a shaggy dog story, with one lonely payoff all by itself at the tag end of things.

Marling doubtless has a firm grasp on her potential as the fulcrum in far-fetched fantasy scenarios and other stressful situations. All she needs is to find a filmmaker — and a budget — capable of matching a story and setting to her peculiar talents. In that respect, this well-thought-out pocket puzzler is in the nature of a down payment.