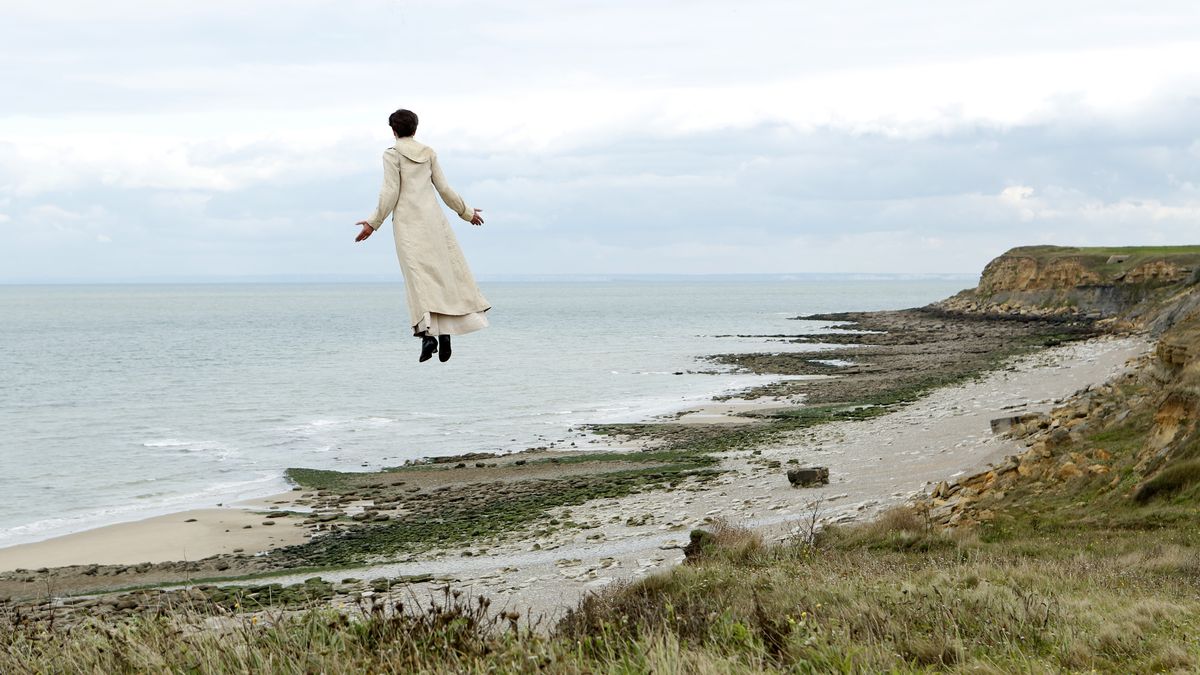 In Slack Bay, French writer-director Bruno Dumont tries to have a little fun with the idea of two completely different families existing side-by-side in the same beach town in the Northwest of France, circa 1910. The rich Van Peteghems are the quintessence of nincompoopery, a collection of twits who can’t take more than a few steps without stumbling over something. Led by patriarch André (Fabrice Luchini) and his wife Isabelle (Valeria Bruni Tedeschi), they live in a mansion overlooking the bay, and are now hosting their similarly afflicted relatives, including the flighty Aunt Aude (Juliette Binoche).

Down the beach in a soggy hovel dwells the Brufort family, whose main occupations are digging mussels, stealing things, and carrying tourists across the wetlands in their arms when the tide is too low for the ferry service they operate. They’re a surly lot, with the possible exception of their son Ma Loute (loose translation: The Kid), played by Brandon Lavieville. Ma Loute gets a crush on one of the Van Peteghems, an androgynous girl — or is it a boy? — named Billie (the French actress Raph). Otherwise, the Bruforts view their neighbors with barely concealed contempt. Perhaps that’s due to the Bruforts’ odd diet.

People are mysteriously disappearing from Slack Bay, and a rotund police detective (Didier Desprès) is called in. While the cast gropes, gapes, and growls energetically, we wait for the other shoe to drop. With its menu of murder, hostile peasants, ridiculous rich folks, and gender confusion, it’s a farcical bout of class warfare set in the harmless past. We might have expected that from the director of The Life of Jesus, which despite its title concerns itself with idle youths roaring around their village on motorbikes. European films used to get away with Slack Bay’s brand of sustained absurdism, but today somehow that unrelieved silliness grates on the ear as well as the eye.

Next ArticleBeatriz at Dinner: It’s Later than You Think