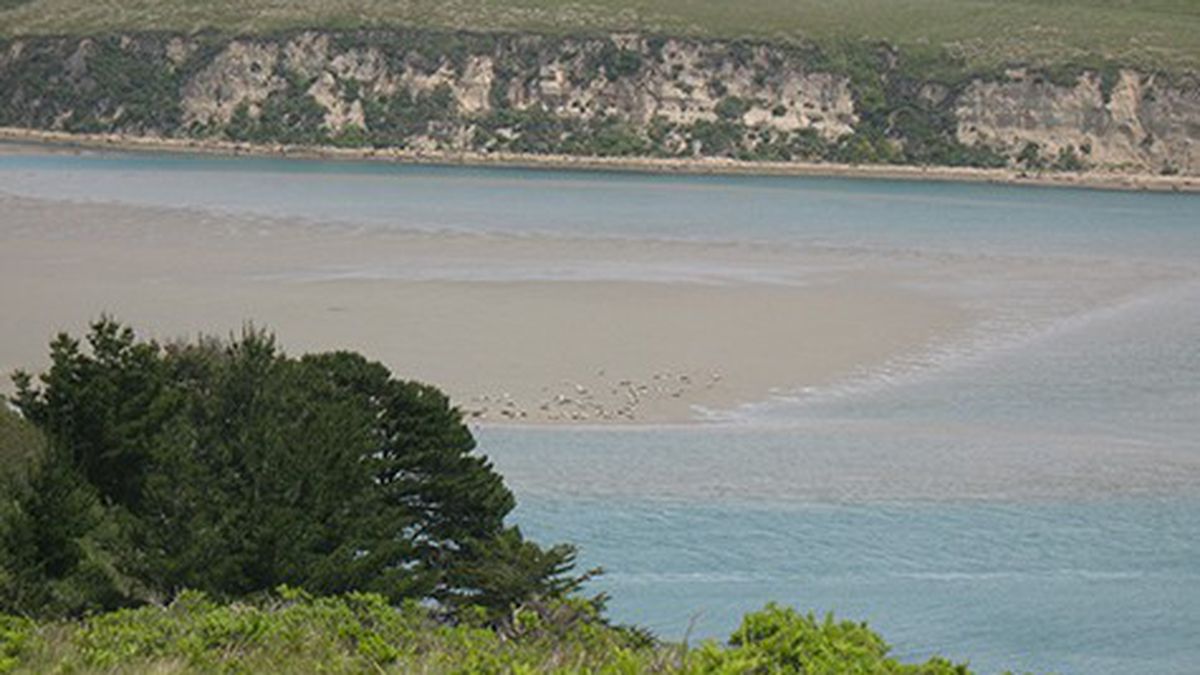 It was an up and down year for politics and the environment.

This year was a roller-coaster ride for political and environmental issues in the East Bay and throughout the state and nation. There were numerous highs and lows, winners and losers. Here is our list of major victories and defeats in 2014:


Richmond progressives. Perhaps the biggest political win in the East Bay in 2014 was the overwhelming victory by Richmond progressives over Chevron in the November election. The big oil company pumped at least $3 million into a campaign to retake control of Richmond City Hall, but was completely shut out. Members of the Richmond Progressive Alliance (RPA) — Gayle McLaughlin, Jovanka Beckles, and Eduardo Martinez — won all three of the available four-year city council seats. And Tom Butt, who is not a member of the RPA but often votes with progressives on key issues, soundly defeated Chevron-backed candidate Nat Bates for mayor.

Berkeley soda tax. Berkeley’s victory over Big Soda was nearly as significant as Richmond’s win over Big Oil. Beverage companies poured at least $2.4 million into the campaign to defeat Measure D, Berkeley’s soda tax proposal, but lost in a landslide, 23.8 percent to 76.2 percent.

Labor and the minimum wage. Labor groups scored a big win in Oakland with the passage of Measure FF, which will raise the minimum wage in the city to $12.25 an hour, beginning in March. FF garnered a whopping 81.8 percent of the vote.

Labor and the Oakland City Council. Organized labor also garnered two important victories in Oakland City Council races with the election of Abel Guillen in District Two and Annie Campbell Washington in District Four. Labor groups spent heavily on Guillen and Campbell Washington, who had been trailing in the pre-election polls to the more moderate Dana King and Jill Broadhurst, respectively.

Libby Schaaf. Councilmember Schaaf was not the most progressive candidate in the Oakland mayor’s race (Dan Siegel was), but she nonetheless took several progressive stances on key issues during the campaign. For example, she came out early in favor of Measure FF and strongly opposed a watered-down minimum wage measure pushed by the chamber of commerce. She has also been a staunch supporter of good government policies, including the strengthening the city’s Public Ethics Commission. And she won big on November 4, trouncing Councilmember Rebecca Kaplan, 63.2 percent to 36.8 percent in ranked-choice tabulations.

The kill switch. In 2012 and 2013, Oakland and other large cities were in the grip of a robber epidemic, spurred mostly by the theft of smartphones. Because of public pressure applied by San Francisco District Attorney George Gascón and other political leaders, including Oakland Councilmember Dan Kalb and Mayor Jean Quan, the state legislature passed a historic law this year, mandating that all smartphones come equipped with kill switches that render them inoperable when stolen.

Crime. Not surprisingly, the number of robberies dropped significantly in Oakland this year — declining 34 percent through mid-December. Oakland police said that 75 percent of robberies in 2013 involved smartphones. In addition to the kill-switch law, Oakland police deserve credit for focusing their efforts on curbing the city’s robbery problems.

Oakland tenants. Oakland apartment dwellers won two key victories in 2014. First, in March, the city approved a new law that limits rent hikes related to building capital improvements to 10 percent a year, with a cap of 30 percent over five years. Then in November, the Oakland City Council officially approved the Tenant Protection Ordinance, which protects tenants from landlord harassment.

Dan Kalb. The North Oakland councilmember had an extremely productive year. Not only did Kalb spearhead the two tenant laws and play a key role in the success of the kill switch legislation, but city voters approved his two good-government ballot measures: CC and DD, which strengthened the city’s Public Ethics Commission and established independent redistricting in Oakland, respectively.

Protests. Although some groups of demonstrators during the recent anti-police-brutality protests in Oakland and Berkeley have unfortunately engaged in acts of violence, vandalism, and looting, most of the protest participants so far have staged peaceful and nonviolent actions. And the black-organized protests — shutting down the West Oakland BART station, #BlackBrunch in Rockridge, and the Millions March — have been extraordinarily impressive.

Arbitration. And the decision this past summer by a local arbitrator who ordered the Oakland Police Department to rehire Officer Robert Roche, the cop who launched a tear gas canister at people who were trying to help Iraq War veteran Scott Olsen during a protest, showed that the OPD arbitration system is broken as well. Federal Judge Thelton Henderson deserves credit for launching an investigation into the situation.

Displacement. The extreme housing shortage in the East Bay, coupled with the mass exodus of residents from ultra-expensive San Francisco, has sent rents and home prices soaring in Oakland and Berkeley. And profiteers have made matters worse by making it nearly impossible for longtime local residents to afford homes here.

Money in politics. For reasons that have yet to be explained, organized labor joined with Republicans this summer in Sacramento to scuttle a proposed law that would have required secretive political groups to do a better job of disclosing their donors. It was a big loss for transparency in politics.

The CPUC. This year’s judge-shopping scandal proved that the California Public Utilities Commission is the most corrupt public agency in the state. Emails revealed that CPUC commissioners and staffers had worked behind the scenes to help PG&E officials in their efforts to replace judges with ones that would be friendly to PG&E — a direct conflict of interest for the CPUC, which is supposed to regulate PG&E.


Point Reyes National Seashore. On January 1, 2015, Point Reyes will be home to the first-ever federally protected marine wilderness on the West Coast. And we can thank the US Supreme Court for its rejection of an appeal filed by the Drakes Bay Oyster Company – a business that had stubbornly refused to leave Point Reyes, despite the fact that its lease had expired in 2012. The oyster company is scheduled to vacate the national parkland on December 31.

Measure R. A group of anti-growth activists attempted to gut the City of Berkeley’s plan to increase density in downtown by a putting forth Measure D, an initiative they claimed would make buildings more environmentally friendly. But environmental groups rightly warned that the ballot measure would, in fact, have devastated Berkeley’s attempts to combat climate change, because blocking development in urban areas only spurs more suburban sprawl. Berkeley voters, thankfully, sided with the environment, and voted down Measure R, 74.1 percent to 25.9 percent.

Eucalyptus. In late November, the Federal Emergency Management Agency (FEMA) decided to scuttle its wrongheaded plan to clearcut eucalyptus trees in the East Bay hills and instead adopted a proposal to selectively thin eucalyptus groves. FEMA rightly concluded that clearcutting would have harmed species that depend on eucalyptus habitat.

Redwoods in Richardson Grove. Environmental groups won a victory when Caltrans quietly announced in early December that it was withdrawing its plan to widen Highway 101 through Richardson Grove State Park – a proposal that threatened old growth redwoods in the area. Caltrans, however, may rekindle its road-widening proposal in 2015.

Marguerite Young. And environmentalists scored a big win when Marguerite Young, a progressive, was elected to a seat on the East Bay MUD board of directors, defeating moderate incumbent Katy Foulkes. Young supports full federal protection of the Mokelumne River – the East Bay’s primary water source. Foulkes voted against such protections, and supported a proposal to build a giant new dam on the Mokelumne.


Knowland Park. In November, the Oakland City Council voted 6-2 to move forward with plans by the Oakland Zoo to expand further into Knowland Park and destroy additional natural habitat. Opponents noted the cruel irony of the zoo’s plans: It will plow under endangered species habitat in order to build an artificial exhibit in honor of species that no longer live here because of habitat loss.

Bees. Bee populations have been in a free-fall throughout the United States, and it’s becoming clear that the increased use pesticides nationwide is causing the collapse. Yet the federal and state governments continue to green-light the use of more pesticides, rather than restrict them, even though the loss of bees threatens our food supply.

Fracking. There’s not only strong evidence that the oil- and natural gas-extraction method pollutes groundwater, but there’s also a growing consensus that it triggers earthquakes. In fact, the State of New York recently enacted a moratorium on fracking because of such issues. Yet Governor Jerry Brown has steadfastly refused to support a moratorium in California, for reasons that he has yet to fully explain.

The giant water tunnels. Brown also continues to tout his destructive plan to build two giant water tunnels underneath the fragile Sacramento-San Joaquin River Delta, despite widespread opposition from environmentalists. Brown has styled himself as an environmental governor, but he’ll never actually be one until he changes his positions on the tunnels and fracking.