The creek, which was once thought of as dirty and unsafe, is once again a treasured local amenity thanks to the work of a local nonprofit. 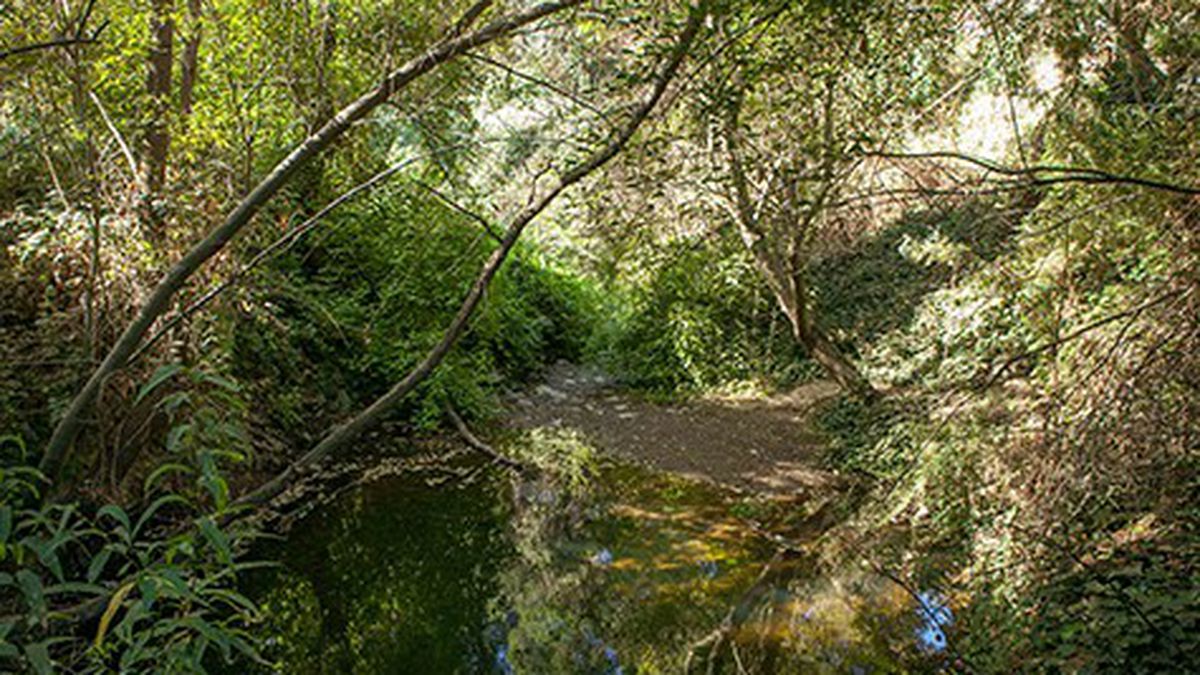 During the past few centuries, the ways in which Oaklanders have interacted with Sausal Creek — which runs through much of the city, starting in the East Bay hills and draining into the San Francisco Bay — have varied as much as the creek itself.

For most of Oakland’s early settlement, the creek was a valued natural landmark. One of the first Europeans to come to the area was Luis Maria Peralta, whose Rancho San Antonio covered much of what is now the East Bay. When Peralta’s sons inherited the land, the creek was among its dividing lines. Sausal Creek also served as a source of food and fertile soil for early settlers. The Fruitvale neighborhood gained its name from the hundreds of acres of cherry trees that nurseryman Henderson Luelling planted on the creek’s banks in 1856. Many of Oakland’s 19th century residents also rode horse-drawn streetcars into the hills for picnics along Sausal Creek.

As Oakland became increasingly urbanized in the 20th century, public opinion about the creek changed. Oaklanders no longer viewed it as picturesque, but instead as a nuisance standing in the way of development. Much of the creek was culverted (rerouted into underground tunnels), especially after the East Bay Municipal Utility District formed in 1923 to provide residents with alternate water sources. Several attempts were made in the 1930s and ’40s to dam the creek and block it off with concrete.

This lack of regard for Sausal Creek continued for decades, until a group of locals came together in 1996 with a vision of restoring the creek. In 2001, the organization, Friends of Sausal Creek (FOSC), incorporated as a nonprofit, working with an annual grant from the Alameda County Flood Control District to promote awareness and encourage conservation and restoration of our local ecology. FOSC accomplishes this with projects to daylight (uncover culverted) creeks, remove invasive plant species, and propagate native plants at its own nursery in Joaquin Miller Park. These projects promote biodiversity in the East Bay hills and expand natural habitats for many species of plants and animals, as well as create beautiful spaces for Oaklanders to enjoy.

Those who work with FOSC have much to say about their love for this organization and the ecosystem it protects, but what most stands out in their comments is their dedication to fostering change within the Oakland community. Helen McKinley, a FOSC board member, said she was drawn to this type of work because she “wants the efforts that I make in the world to be local.” Board member Dee Rosario added, “This is an opportunity to teach kids that [the creek] is a part of their heritage.”

With so many issues in the world, it is often difficult to know how one can actually make a difference. Volunteering with a local nonprofit like FOSC is an excellent way to start. When asked how East Bay residents can help effect change, FOSC restoration manager Michelle Krieg said that the best way is to “get involved in an organization in your neighborhood. Find what you like and go for it.” Not only does FOSC work to protect our environment, but it also promotes a newfound appreciation for a creek that, like Oakland itself, was once thought of by many as dirty and unsafe. Because of this organization, Sausal Creek is once again a treasured local amenity.

Upcoming FOSC events include Creek to Bay Day at Dimond Park on September 19, as well as the organization’s annual native plant sale on October 25. For more information, visit SausalCreek.org.

Correction: The original version of this column misstated the date of the Friends of Sausal Creek’s annual native plant sale. It will be on October 25 — not October 26.