The descendants of indigenous people who were enslaved, tortured, and killed by the Catholic Missionary system plan to protest the pope's canonization of its leader. 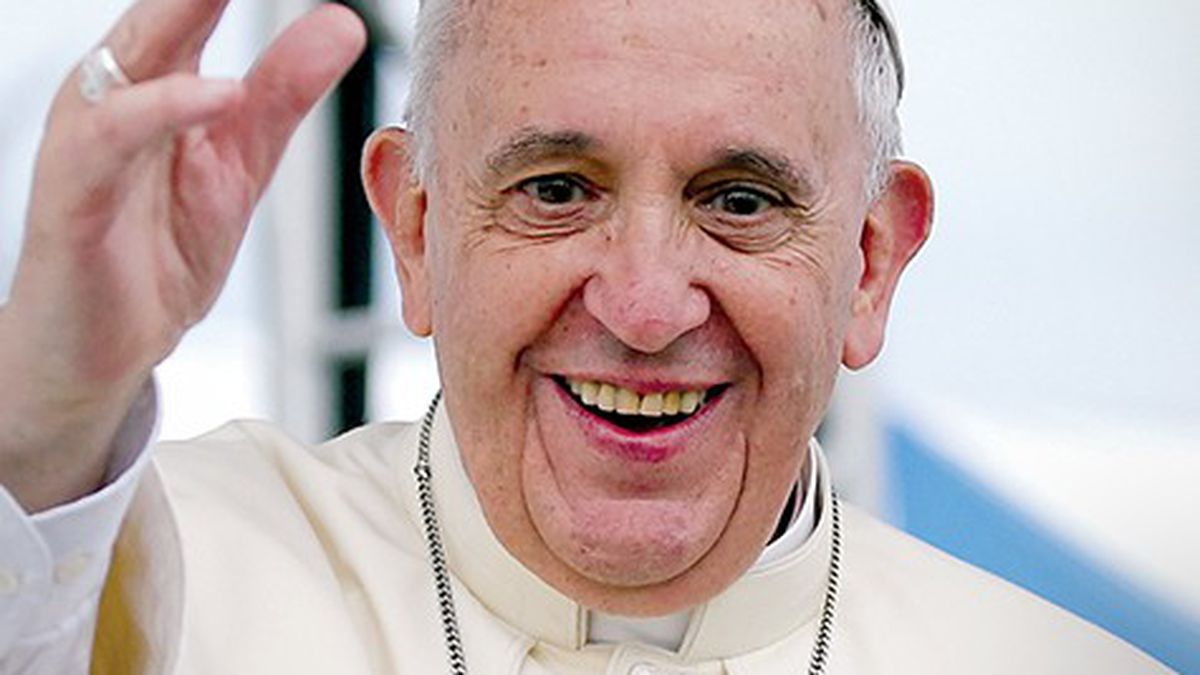 When Spanish soldiers and missionaries arrived in the land they called Alta California in the 1700s, they were entering an astoundingly diverse array of indigenous cultures’ homelands. Then deadly waves of epidemic diseases swept over the terrified indigenous populations — an outcome the Spanish had anticipated. Military and religious officials subsequently used a combination of bribes and physical force to incarcerate the survivors in filthy, disease-ridden, and crowded labor camps. By 1836, at least 100,000 aboriginal people had died as a result of the Spanish mission system.

On September 23, Pope Francis will canonize the father of that system, Junipero Serra, at a ceremony in Washington, DC. Serra will thus become a “saint” in the Roman Catholic Church.

To the descendants of those who survived the mission system, Serra’s canonization is essentially a celebration of genocide. It is a reflection of a society that “wants people to pretend that historical events do not affect our contemporary lives,” said Deborah Miranda, a member of the Ohlone-Costanoan Esselen Nation of the Monterey Bay Area and an English professor at Washington and Lee University.

“Canonization instructs everyone, Indians and non-Natives included, the essential missionizing myth,” Miranda added, “which is that California Indians existed in a state of sin before Catholicism, that we needed to be saved, that even a 90 percent death rate was worth it because those dead ancestors went to their deaths safe in Christ, that indigenous religious and spiritual beliefs were not good enough, that we were, and still are, savage children in need of help to become civilized.”

Corina Gould, a Chochenyo Ohlone from Oakland whose ancestors were enslaved at Mission Dolores in San Francisco and Mission San Jose in Fremont, agrees with Miranda. “Making Junipero Serra a saint is basically a way of saying California Indians still don’t count,” she said. “It conveys that we’re still not considered full human beings.”

Of all the Spanish colonial leaders in California, Junipero Serra, who first arrived in California in the late 1760s, has remained both the most well-known and the most controversial figure. His statue stands in San Francisco’s Golden Gate Park and in Washington, DC. The latter is one of two statues California is allowed in the National Statuary Hall Collection. The other is of Ronald Reagan.

Earlier this year, state Senator Ricardo Lara (D-Bell Gardens) introduced legislation to remove Serra’s statue from the nation’s capital, prompting Governor Jerry Brown to intervene. During a July visit to the Vatican to support Pope Francis’ papal letter on climate change, Brown, who once studied to become a Jesuit Catholic priest, proclaimed that the Serra statue will remain where it stands “until the end of time.”

Serra’s canonization was originally proposed in the 1930s. Pope Francis fast-tracked the process earlier this year after it had languished for several decades, by eliminating the need to show proof of two miracles, asserting instead that Serra is an exception to the rules because he was such a great evangelizer.

Santa Clara University history professor Robert Senkewicz speculated in an interview that Francis may be attempting to appeal to his Latin American base. A demographic shift in the Catholic Church has occurred in the United States during the past several decades, and Serra is a celebrated figure among many Catholic Hispanics. According to a 2008 survey by the Pew Forum, 54 percent of Catholics in the American West are now Hispanic.

Indigenous groups and their supporters in the American Southwest and in Latin American countries have also opposed the canonization, however, and have held mock human rights tribunals in Los Angeles, Phoenix, and Guatemala in which the Franciscan padre has been posthumously charged with genocide and torture.

In addition to his role in designing the mission system, Serra was involved in the murder and torture of indigenous people who did not willingly submit to the Spanish Crown’s program of conquest and religious conversion. During his tenure, the preferred methods of abuse included floggings with heavy leather straps (“Cat o’ Nine Tails”) or metal-tipped straps; staking out “bad Indians” in the sun for days; putting them in stocks; forcing them to attend Catholic services on pain of beating; and imprisoning them in fetid, disease-riddled rooms.

Some scholars have defended Serra’s individual character by pointing to instances in which he protected Indians from soldiers’ rape and abuse. Indigenous scholars and other historians counter that his overriding concern in these cases may have been preserving the Spanish Crown’s efforts to maintain a stable labor pool, which was threatened by soldiers’ kidnapping and murdering the people Serra and other padres maintained as slaves.

Overall, Serra wielded enormous political power because his missions served the economic and political purposes of the Spanish empire. These include production of the colony’s cattle and grain and providing a fortification against potential Russian or English expansion along the Pacific Coast.

Corine Fairbanks, director of the American Indian Movement of Southern California, has been organizing against Serra’s canonization since Pope Francis’ announced it in January. She notes that California’s public school system is still “saturated with the glorification of the mission system,” and that it remains a required part of fourth-grade curriculum. “The issue of Junipero Serra is bringing back to the forefront something that has been continuously operating since the Doctrine of Discovery, if not longer,” Fairbanks said.

Because indigenous cultures are inextricably linked to the lands they have historically inhabited, their survival necessarily depends on preserving those lands, which face countless threats at any given time. In California and beyond, contemporary indigenous people are engaged in battles over mineral rights, water rights, federal recognition, honoring of treaties, repatriation or honorable treatment of sacred sites, healthcare, language preservation, and more.

The struggle against erasure of indigenous culture and identity plays out in ways both public and personal. “My father grew up deeply ashamed of being Indian,” Miranda said. “He was taught by his parents and elders to hide it, to claim he was Mexican, to speak only Spanish and English, even though his elders spoke at least two indigenous languages at home well into the 1950s. He passed that shame on to me, and I’ve struggled mightily to shed it.”

Caroline Ward Holland, who is of Tataviam descent from what is now the Santa Clarita Valley in Southern California, has helped organize an 650-mile pilgrimage to each of the 21 California Missions to honor those who suffered and died at them, and to “assert California Indian rejection of sainthood for Junipero Serra.” The walk’s website is WalkfortheAncestors.org.

“We don’t want to forget, and we’re not going to forget,” she said during a September 8 visit to Mission Sonoma. “Until we make things right.”