.Sara Lund and the Art of Rhythm 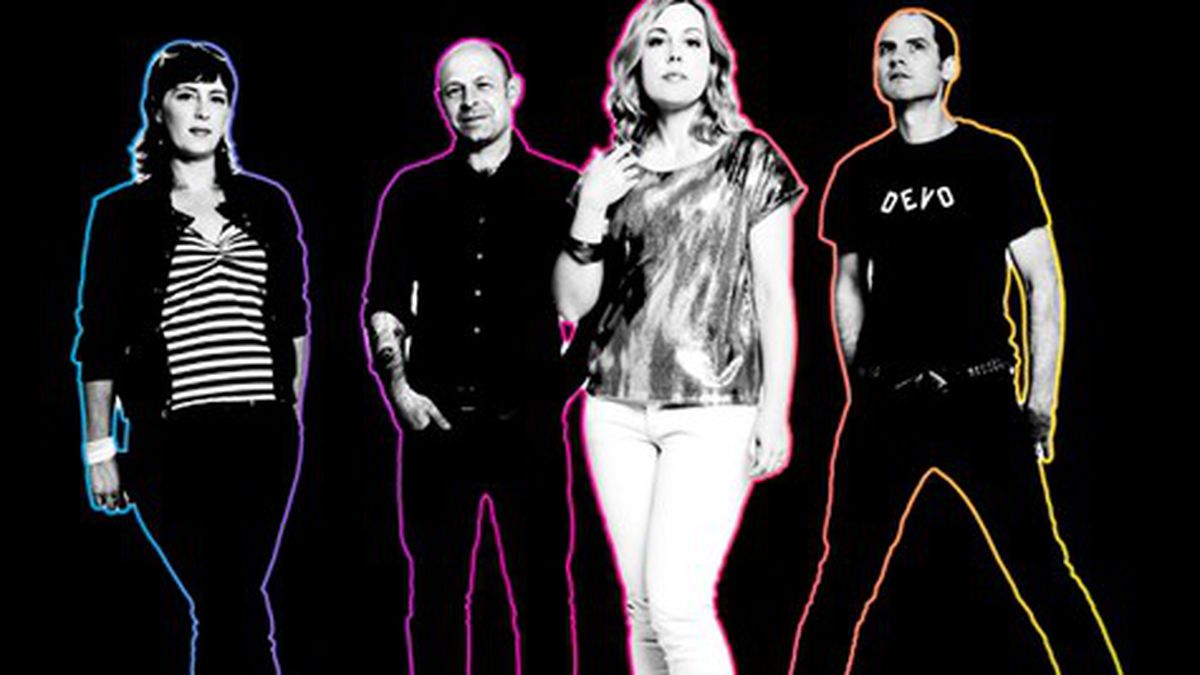 Good-natured and a little more than willing to ham it up when the situation calls for it, Sara Lund can’t help but sound defeated when she explains why she had to create a LinkedIn profile. “Things kind of took this weird turn: A few years ago, like five or six years ago, I had sort of given up on the idea of being able to be a musician for a job,” said Lund on the phone from her Portland home. “I was working at a music store and I had hit my glass ceiling of $10 an hour [guffaws]. And so I was, like, ‘I gotta figure out a plan B,’ and I decided I would go to grad school and get a degree in library science.”

Thankfully this isn’t a story about a librarian — it’s about one of the most unconventional, inventive, original drummers of the past twenty years. And although Lund’s LinkedIn profile might not get her a library job, it sums up her drumming career quite well. Subtitled “The Drumming Research and Information Specialist,” her profile features a résumé that includes a ten-year stint in famed post-hardcore band Unwound, contributions to bands like TJO & Gold and Witchy Poo, and being a current member of the Corin Tucker Band and Hungry Ghost.

She describes herself as “skilled at the art of rhythm,” and, indeed, that’s a modest description of Lund’s playing. Google her name and what pops up is a lot of sentences containing the words “best drummer” that are followed by things like “in the world,” “working,” and “ever.”

From her earliest recordings with Unwound, made during a time when a woman on the kit was so remarkable it was distracting, Lund was pushing her drumming beyond the conventional, straightforward beats of her indie-rock contemporaries. Instead of plowing through a song, Lund and Unwound demonstrated that noisy, distorted guitar-driven music can go from beatless and atmospheric to feedback-heavy riffs over dance-worthy grooves in the same track.

Self-taught, Lund said she began learning the “art of rhythm” when she was fourteen years old, on an old Ludwig kit her mother’s boyfriend left at their house in Bloomington, Indiana. (She continues to play that drum set today.) Having picked apart the beats behind her favorite songs from bands like The Beatles, the Buzzcocks, and GBH, Lund then formed her first band with two other friends and they began wailing away together in her room. It wasn’t long before she moved on to other bands, like the all-girl group the Fixations and the improvised noise outfit the Belgian Waffles.

Lund said that around the time of her fourth band, Moe, the biggest influence on her playing came into her life via a cassette copy of Head, an album from Chicago’s Jesus Lizard. “I would sit and air-drum to the Jesus Lizard for hours at a time, trying to get to the bottom of what [drummer Mac McNeilly] was doing” she said.

In 1991, Lund headed to Olympia, Washington, to attend Evergreen State College. She found herself being invited into the local music scene rather quickly, when she was asked to play in Witchy Poo, a local experimental group that had no fixed members but that practically every musician of note in Olympia played in.

The following year, she was suggested as a replacement for Unwound’s original drummer, Brandt Sandeno, who left the group not long after it had recorded its first mini album. “When Brandt quit, [Unwound’s Justin Trosper and Vern Rumsey] knew they wanted to carry on and had tried playing with another drummer or two,” said Lund. “Then someone said to them, ‘You should play with Sara, she’s the heaviest drummer in town’ [laughs]. I felt pretty proud of that.”

Six months after what Lund described as “basically an audition,” the band went into the studio to record its first album, Fake Train. The year after that, the band recorded its second album together, a sonic masterpiece titled New Plastic Ideas. By its third year, its third album, The Future of What, had been released and the band was touring non-stop, sharing the stage with the likes of Sonic Youth and Fugazi.

Fast forward to 2001. By then, Unwound had released three more albums, and was touring in places as far away as Japan and Europe. Though its seventh album, Leaves Turn Inside You, was a critical success, the band’s breakup was inevitable. “We were pulling apart, with different goals, or lack thereof,” said Lund. “Our last tour, the Leaves tour during which 9/11 occurred, completely destroyed us. Ultimately, we were terrible communicators and shit just got out of hand and no one had the balls to say anything until it was too late.”

After having her livelihood crumple into a heap on the ground, Lund decided to trade her drumsticks for pens and start down the path toward becoming a librarian. “Trying to be a full-time musician is a high-risk decision,” said Trosper, who also stopped being a musician after the band broke up. “You have to be really careful about turning your passion into a job — that takes a whole set of skills unrelated to playing music.”

Over the next couple of years, Lund went through one gigantic event after another: grad school, marriage, giving birth to her son Niko. When her husband, Aaron Beam, the bassist/singer of Portland’s stoniest metal band, Red Fang, quit his job to go full-time with the group, Lund had to take a corporate job. Her efforts would prove futile, however, as she lost the job within three months.

But not long after she hit her aspirational bottom, “things just started happening again,” said Lund. Odd jobs like writing music for a commercial or finding appropriate music for a film continually dropped into her lap through friends, slowly building up in frequency to the point of adding up to “a reasonable paycheck” this year.

Nowadays, Lund plays in two bands — the Corin Tucker Band (featuring the singer/guitarist from Sleater-Kinney) and Hungry Ghost (with members of The Drags and the Irving Klaw Trio). Both bands play out regularly, making her motherly duties even more difficult with a partner who is on the road for long stretches of time.

Back in mid-September, Lund traded roles with her rocker husband and returned to the road for a month of shows with the Corin Tucker Band to promote its new album, Kill My Blues. Before she left, she admitted that, yes, music is currently paying her bills, a situation she described as “miraculous.”

“Every day is a gift,” said Lund, laughing.