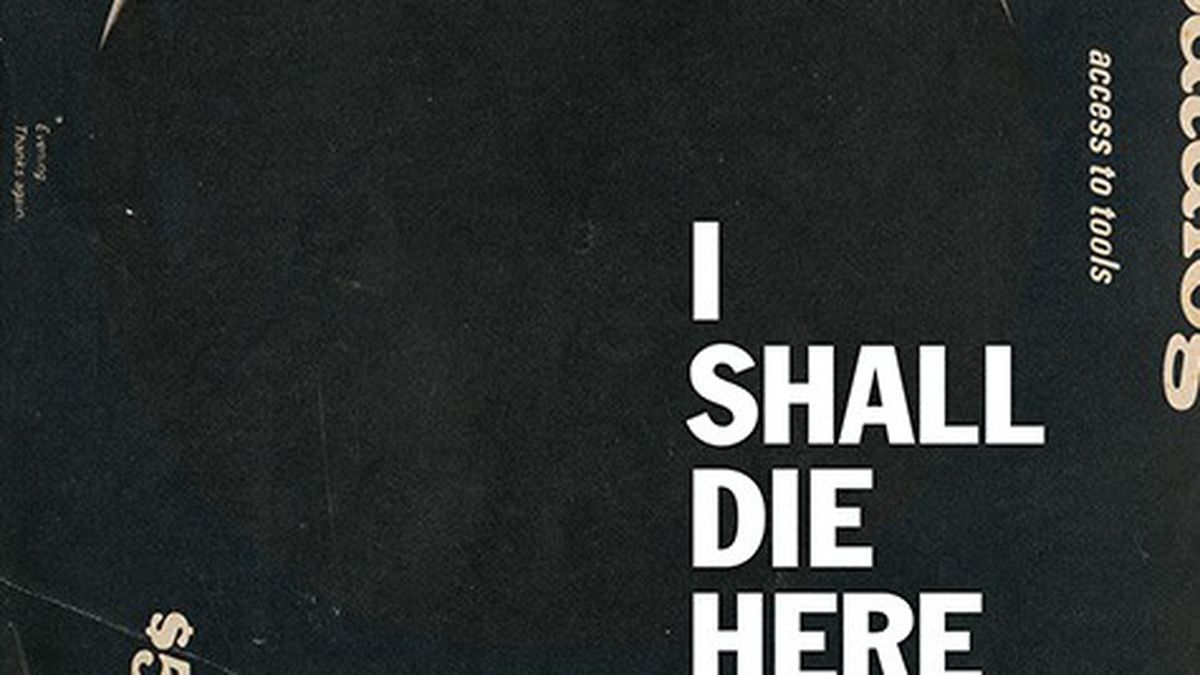 Our music editor's favorite releases of the year.

The Body I Shall Die Here

Much of the most engaging electronic music released this year — notably by acts such as Demdike Stare, Killing Sound, and Ben Frost — dealt in punishing low-end, tectonic bass arranged by producers with careful finesse despite the brunt and girth of their chosen material. Created in collaboration with Haxan Cloak — one of the bleakest contemporary producers — I Shall Die Here couples the harrowing depths of new electronic music with The Body’s hideously serrated riffs and vocals. I Shall Die Here leaves the impression of opposing titanic forces fusing together in slow motion, like an unnatural and heinous merger rendered in awesome detail. (RVNG)

Good Throb’s throttling debut leads with “Acid House,” a jerky number marked by choppy riffs and vocalist Ellie Roberts’ brusque snarl. It starts out like a good punk song, then the chorus arrives like a sheet of hail and makes it a great punk song. The exhilarating, unhinged conviction rallied by that first chorus courses throughout Fuck Off — on “Central Line” as a feverish tirade against the commuter rat race, and “Double White Denim” as a punchy tribute to one particular cool and aloof dude. The lyrics address serious themes, such as self-image and normalized chauvinism, but the prevailing stance is expressed in the title: Fuck Off. The thesis is elsewhere; this album is the necessary and unedited outpour. (SuperFi / Sabermetric)

Hardcore music is bound by pretty tight stylistic constraints, so it’s rare that practitioners create album-length releases that don’t sound redundant. Most bands don’t try. While Ivy’s fifteen-minute run time arguably doesn’t constitute an album, the New York hardcore band’s debut encourages listeners to reckon with it as a full-length statement, since each of the ten tracks is entirely distinct. In a style with quite codified and regimented ways of conveying power, Ivy’s frenzied and feverish approach to hardcore on its debut album is exceptional and refreshing. However pleasing it can be in a moment, the usual bludgeoning heaviness of most hardcore releases will fade from memory while records like this remain. (Katorga Works)

In 2014, independent music experienced a surge of outspoken artists with nuanced and articulate opinions on gender dynamics, body politics, and queer issues. And yet, no release grappled with such themes as boldly and movingly as the third album from Seattle-based songwriter Mike Hadreas as Perfume Genius. The central lyric from Too Bright’s lead single, “Queen,” goes No family is safe/When I sashay. It’s quoted often by commentators, and rightfully so. It’s rare that a simple lyric speaks so poignantly and directly to complicated issues. An empowering affront to the straight world, it encourages everyone to strut as they’d like to, anywhere at all. Likewise, Too Bright’s stark song arrangements reflect Hadreas’ opposition to society’s stifling and conservative forces. The album radiates the gall to win. (Turnstile)

Following the Australian rock underground in recent years has been a startlingly consistent pleasure. Based in Melbourne, Total Control has been at once responsible for some of the country’s finest output and a significant incubator for other projects, boasting members who are also responsible for fantastic bands such as Dick Diver, Lower Plenty, Eddy Current Suppression Ring, UV Race, and Straightjacket Nation. Total Control’s second full-length release, Typical System, diligently charts post-punk trajectories such as minimal synth, new romantic, and industrial. Similarly influenced records often sound lifeless and clinical; Typical System augments the past with idiosyncratic song arrangements, keen attention to production minutiae, and anxiety-laden atmosphere, as reflected by vocalist Daniel Stewart’s evocative and literary lyricism. (Iron Lung)

The eponymous debut from Olympia, Washington punk outfit Vexx features jazz-indebted buzz rolls, fret board trickery, and staggeringly bold and expressive vocal performances from Maryjane Dunphe. It’s a virtuosic punk record, which is sort of an oxymoron in a genre that’s historically exalted amateurishness and error. Yet Vexx’s obvious skill never impedes the velocity or exhilaration of its songs. On “Stress,” an oblique and busied punk beat wrestles with lacerating guitar leads while the vocals swoop between guttural yowls and sickly sweet melodies. “Strength” is one of the best ballads to grace a punk record. The foreboding intro’s trickling guitar notes curl into elliptical melodies and mingle with inventive, ever-morphing drumbeats. Together, the band ascends and erupts as Dunphe justly declares, “I have strength!” (Grazer)

Like The Body’s I Shall Die Here, Burnt Skull’s Sewer Birth wrecks its way through the usual divisions of heavy music. Sewer Birth outdoes the “pure evil” factor often summoned in appreciation of black metal. Swathed in indistinct, gauzy static, it sounds more saturated than anything by a tabletop “harsh noise” practitioner. On “Harm,” Burnt Skull bests the thuggish tom-tom thudding you’ll recognize from hardcore breakdowns. And insomuch as “noise rock” is back, tinged with bad-trip psychedelia in the output of buzzed-about bands such as Destruction Unit, Burnt Skull crushes competition on “God Hole.” Burnt Skull’s Sewer Birth even trumps itself — the Austin act’s debut album sounds more severe than its band name and album title suggests. (12XU)

Angel Olsen Burn Your Fire for No Witness

“Forgiven/Forgotten,” the lead single from Angel Olsen’s second solo album, is the sort of fully realized indie rock single that could’ve come out and dazzled listeners at any time in the last 25 years. Its strength is not dependent on trends, blog-fodder gimmickry, or appeals to short-lived topical relevance. If it was, it wouldn’t rely on conventional guitar riffs and a trap-kit backbeat. Like the rest of Burn Your Fire for No Witness, “Forgiven/Forgotten” uses familiar tools to exceptionally stirring effect. Olsen’s voice lilts like past singers, and yet it’s unmistakable. The way she uses it shatters inhibitions. Burn Your Fire for No Witness came out in March this year, which any record label tactician will call a risky move for artists with year-end list aspirations, but my initial infatuation with Olsen’s record has yet to dull. (Jagjaguwar)

Metal is basically mangled beyond recognition nowadays. There’s atmospheric metal, which lacks a rhythmic pulse entirely; metal that just evokes depressive techno; metal that rejects guitars in favor of hammered dulcimer; metal that not long ago would’ve been maligned by metal fans as wimpy shoegaze; and for Raspberry Bulbs, metal that sounds more like the mid-tempo punk churned out by the disturbing English act Rudimentary Peni in the early 1980s. A labyrinthine album that forces listeners to navigate queasy textures, piercingly shrill passages, and uproarious, deranged songs, Privacy makes the best case this year for metal shedding its usual signifiers. (Blackest Ever Black)

Chorus is the work of a band that’s so familiar with styles such as power-pop, post-punk, new wave, and bubblegum-indebted early punk that it has assembled a gorgeous, kaleidoscopic patchwork of their most endearing and effective conventions. The Philadelphia-based band’s sophomore album synthesizes its influences so ingeniously that it never sounds like an exercise. Chorus’ production is so refined and deliberate that it becomes an intrinsic part of the songwriting and vice versa. Chorus sets production and songwriting in perfect harmony. (Slumberland)

First Friday to Close Down Streets Once Again