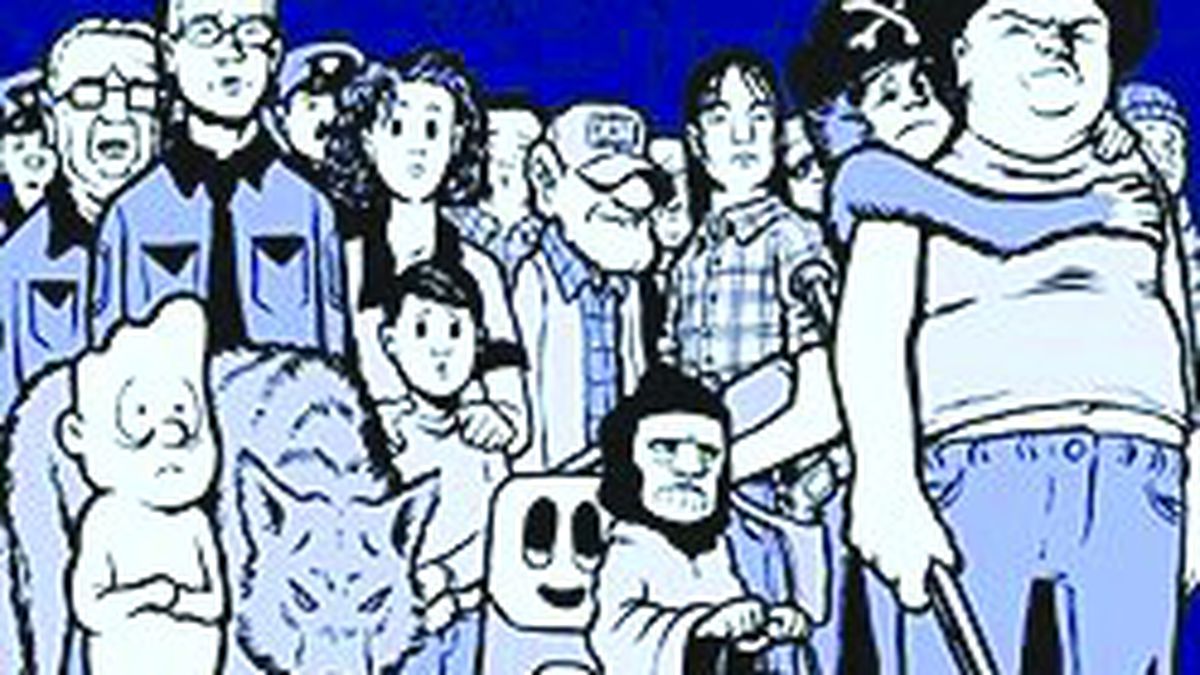 Welcome to Range, a small Washington town you can never leave. It’s a land inhabited by talking animals, a cute floating ghost thing, an undead lunatic, a pirate (of course), and a whole cast of other characters that are both familiar and strange. It’s also the setting of Oaklander Tom Manning’s comic, Runoff, an epic three-part tale that is finally being published as one collection after eight years of production and self-publishing. Manning will be at Umami Mart (815 Broadway, Oakland) on Friday, November 13 — appropriately timed for this spooky storyline — to officially release the compilation and sign copies. The series, which Manning started in 1999 and completed in 2007, reportedly caught the eye of Guillermo Del Toro (Hellboy, Pan’s Labyrinth, etc.) who had set his sights on turning the part mystery, part drama, part comedy into a movie. Whatever came of that isn’t clear, but it is certain that this comic offers more than a dystopian view of humanity with a few laughs. The characters are vivid, poignant, and compelling.