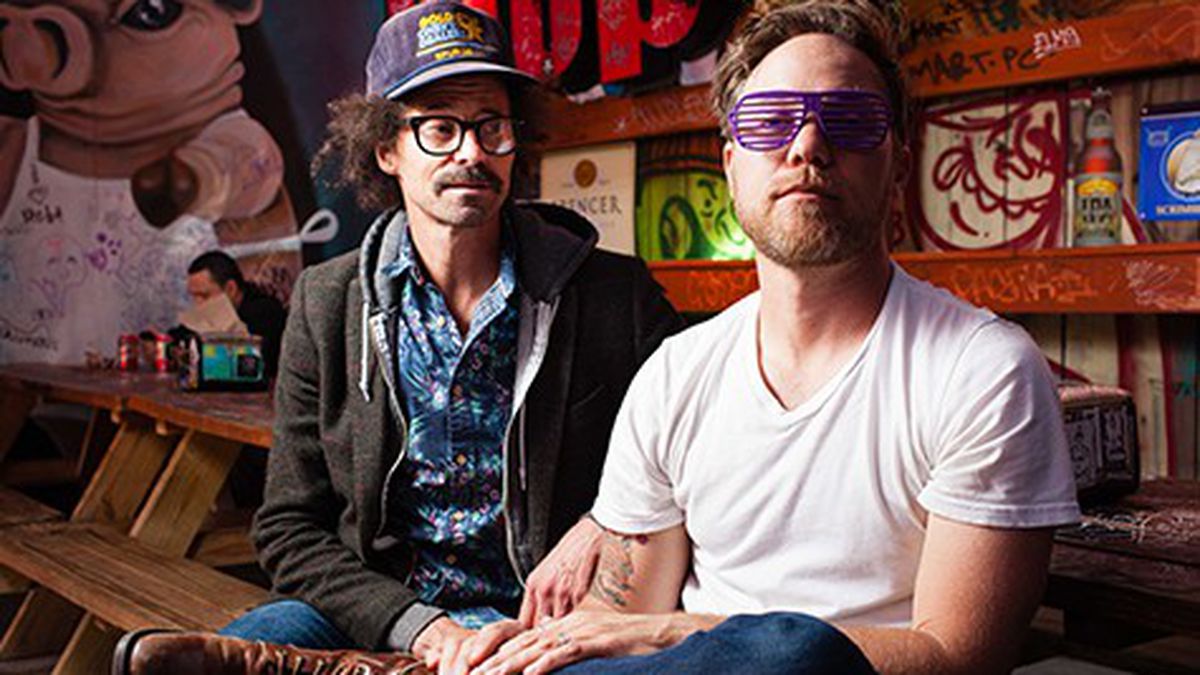 Delusions of Grand Fur grapples with the genre's fading subversiveness and questions our collective complacency.

Zach Rogue and Pat Spurgeon of Rogue Wave sat at Telegraph Beer Garden, enjoying sandwiches and brew on a recent afternoon. The duo reminisced about playing a show once in the parking lot: in 2004, with freak-folk duo CocoRosie, before either band had blown up. This was back when the café was still called Mama Buzz, and two years before Oakland Art Murmur started as a tiny block party around the corner, not the large-scale street fair it is today.

Rogue and Spurgeon were among the wave of white, middle-class artistic types that moved to Oakland in the early 2000s — part of the so-called “new creative class” that developers and politicians loved to advertise to outside investors.

Now, the members of Rogue Wave say they can’t afford to live in Oakland, so they’ve scattered about the Bay Area. Singer, guitarist, and chief songwriter Rogue and versatile multi-instrumentalist Spurgeon moved to Marin County. A father of two, Rogue remarked that his mortgage now is less than Oakland rent.

Rogue Wave’s been a band in the Bay Area for a decade-and-a-half, and its evolution has taken place amid this backdrop of tense civic evolutions and rampant gentrification. And Delusions of Grand Fur, its latest album, reveals a band grappling with how to make thoughtful rock music amid a pop-culture climate where audiences are conscientious of how artists fit into their surrounding social and political climates.

There’s more: Just as Oakland grew increasingly gentrified over the course of the band’s career, indie rock became commercialized — and less subversive. What began as a DIY genre — one that offered an alternative to the supposedly more capitalist realm of pop — turned into palatable background music for car commercials. Popular festivals such as Coachella begot a veritable music festival industrial complex. Now, companies cash out tens of thousands of dollars to put up merch booths at fests, and tickets sell out before lineups are even announced.

So, in the process of writing Delusions, the question of rock music’s fading impact weighed heavily on Rogue, and he wanted to sway people. Case in point: The cover of the album features a desecrated portrait of Confederate General P.G.T. Beauregard, with his eyes missing as if gouged out. Having a confederate general on the cover could be read as somewhat of a tone-deaf choice (and not unfairly so). But the intention behind it, as Rogue explained it, was to allude to white America’s blindness to the violence of its imperialist past and present.

Though the group enjoyed considerable commercial success during the 2000s — including a deal with influential Sub Pop Records and licensing music to The O.C. — Rogue and Spurgeon decided to return to their DIY roots and write and record this album in a studio they set up in Oakland.

The duo gleefully recalled breaking industry standards during the process, now that they weren’t working with a team of producers and engineers. They recorded some of the instruments with professional microphones, and others using iPhones. Instead of making demos and re-recording more polished versions of the tracks, as they had previously done, Rogue and Spurgeon put down songs in quick takes that sought to capture the excitement of the process.

“The guy who was mixing our record felt the brunt of that,” joked Spurgeon.

“He’d be like, ‘You need one guitar, not fourteen here,” Rogue laughed.

Despite its heavier conceptual underpinnings, Delusions is a light, breezy pop record that conveys the easygoing, experimental process behind it. But there’s gravity to it, too. Rogue passionately talked about poring over news reports of bombings in Syria, and the ongoing refugee crisis, while songwriting. That was how he came up with the name of the album: To cope with the horrors of this world, everyone indulges in one delusion or another, he reasoned.

“We live in a very highly dysfunctional society, and it requires a certain amount of make-believe for us to be who we are,” he said. However, as an easy-to-listen-to record with its ideological points largely cloaked in metaphor, Delusions of Grand Fur isn’t an obvious rebellion. But it’s an invitation for listeners, especially ones with privilege, to consider issues of racial inequality and the growing class divide — issues to which they may have previously had the luxury of turning a blind eye.