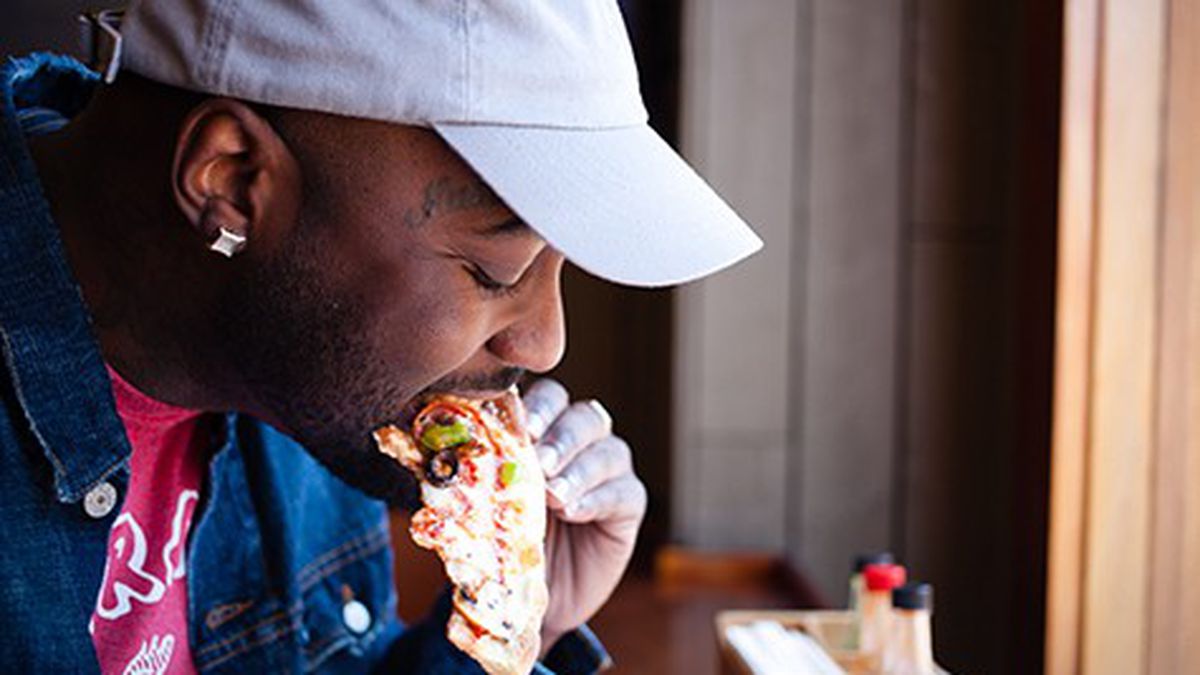 Formerly known as Smoovie Baby, the artist delivers his most poignant and introspective work to date on There's Been a Change of Plans.

T. Carriér has a new sound. His raps on There’s Been a Change of Plans, the surprise album the Bay Area artist dropped earlier this month, are pensive, tense. His flows assume the foreground over downtempo, understated beats, and he delivers introspective verses flush with offhand insights that analyze his personal struggles. And there’s an emotional quality that sets it apart from his previous work as Smoovie Baby, the moniker that the 29-year-old artist retired last year after using it for over a decade.

Changes of Plans reveals the cracks in the cool-guy façade of Carriér’s previous output — and this newfound vulnerability is one of the album’s strengths.

“My [old] music was extremely misogynistic, one hundred percent,” he said, explaining the thought process behind his recent reinvention. He added that as he got older, he began to draw more from his personal life for his lyrics as opposed to relying on shock value.

“I was putting out raunchy material just to see what people would say, whereas now I want to share my experiences in life,” he explained.

Self-reflective yet confident and sometimes cocky, Carriér’s confessional, stream-of-consciousness raps touch upon a variety of autobiographical subjects. On “Focused,” a hustling anthem, he shares candid reflections on raising a daughter with autism. “Decisions,” a duet with R&B singer Khyenci Tienne, is rife with poignant observations about how trust issues can break a relationship: They say when you love someone / You ‘posed to take all their flaws and embrace ’em / So many memories, I’m talkin’ terabytes / Why you so quick to erase ’em?

This lyrical depth is a marked departure from Carriér’s work in earlier stages of his career. He was born in San Francisco and raised in Fairfield, a Solano County suburb north of Vallejo. Bay Area rap star Sage the Gemini is from the same town, and the two of them started collaborating early on. Sage eventually joined IAMSU’s music collective, HBK Gang, and the group’s influence was palpable in Carriér’s music as Smoovie Baby.

With IAMSU, Sage, and P-Lo — another prominent HBK Gang rapper and producer — handling much of his production, Smoovie Baby’s early work consisted mostly of hyphy-influenced club bangers. These made for fun party music, but they weren’t quite distinct enough to set him apart from the other members of the collective. Still, he rose to considerable regional acclaim, and even nabbed a coveted spot on the rap blog Thizzler.com‘s then-annual Bay Area Freshman list in 2012 (Thizzler discontinued its Freshman list in 2014).

But Carriér said that, eventually, he felt like he wasn’t quite being true to himself, so he made the tough decision to start anew. A revelation at South by Southwest last year prompted him to make the switch.

“When I was there, I just had a weird energy when I was introducing myself to people,” he explained, adding that Smoovie Baby no longer felt representative of who he was, especially when meeting prominent industry figures at the fest. “I was like, ‘You know what, I need to go in a direction where I can be taken more seriously, and then I can also change the conversation with the stuff that I’m saying.'”

After changing his stage name, Carriér dropped Let That Marinate at the end of 2015, a more bass-heavy, danceable mixtape than There’s Been a Change of Plans. He said he wanted to put something out quickly, to introduce the world to his new artistic identity, but that There’s Been a Change of Plans is a more thought-out project — and is more representative of his new, R&B-influenced direction.

With artists like Drake and Bryson Tiller paving the way for male rappers and R&B singers to move away from the alpha-male personae of years past, the project feels aligned with the current moment in hip-hop.

An important part of carving out a new niche for himself was finding new producers to work with, Carriér explained. Sofasound, a relatively unknown and young producer from Florida, architected the majority of the beats on There’s Been a Change of Plans. He and Carriér found each other through SoundCloud and have been collaborating remotely, though Carriér said that working together has been going so well that Sofasound is considering moving out to the Bay Area so that they can collaborate further.

Sofasound’s pared-down production features subtle details and unexpected twists, which add to the album’s complexity. For instance, the beat for “All I Know” contains a sample from Beyoncé’s “End of Time,” from her album 4. The producer extracted a processed, chant-like vocal sample from the uptempo club beat of the original song and slowed it down to create a dark, brooding track with suspenseful, shadowy synth lines that underscore the emotional turmoil of a failing relationship, which Carriér details in his lyrics.

“We were basically curating a new sound for my album,” Carriér said. He and Sofasound are continuing their collaboration for Carriér’s forthcoming album, Gumbo & Prerolls — a nod to his Creole heritage, by way of his grandparents, who are from Louisiana.

“I want people to listen to it with an open ear, because it’s a lot of new sounds coming from me. A lot of people are still connecting me to Smoovie Baby. … That’s because they’ve been fuckin’ with me, which is not a bad thing.

“But at the same time, this is a new evolution.”