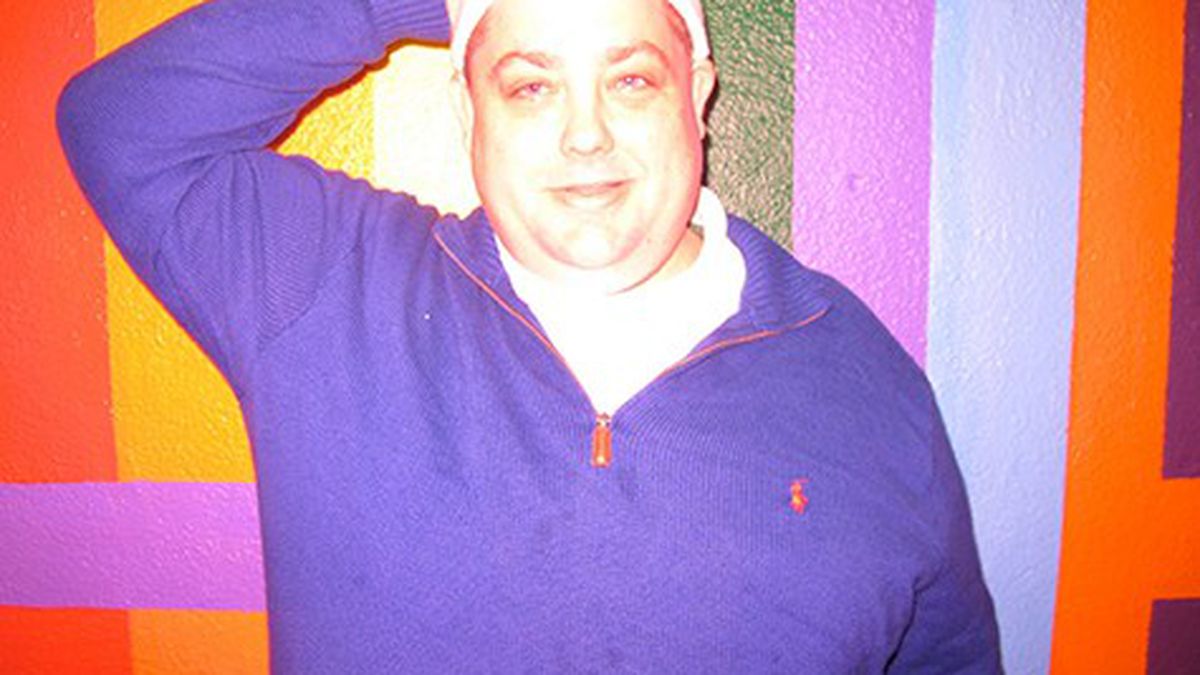 Swiftumz’ Everybody Loves Chris opens with a voicemail from the dad of band leader Chris McVicker. He dialed to let McVicker know that a check arrived from BMI, the agency tasked with collecting and distributing songwriter royalties. It’s about twenty-seven bucks, he says, his inflection lightly implying that the sum isn’t so shabby. This opening, considered along with the glibly ironic title, prefaces Swiftumz’s sophomore full-length with a cynical and curious hook: What you are about to hear is condemned to semi-obscurity — and it was made with that in mind.

Everybody Loves Chris leads with the easiest thing to love about McVicker’s songs: guitar heroism set to pleasurable chord progressions and that svelte voice, like a whisper combed for impurities. After the fantastic opening salvo of “Willy Mas” and “Creepy Eyed Girls,” Everybody Loves Chris plummets into “Waste Away,” an extended echo of itself that takes four-and-a-half minutes to enact its titular promise (and gets reprised on the B-side as “Waste.”) “Taste The Gray” is tedious in a more satisfying way, with one lumbering riff repeated sans vocals until the mindless swagger is smothered by added guitar squall.

Everybody Loves Chris vacillates like that all throughout, knowingly dishing half-baked exercises alongside vividly realized pop songs. That makes it a disjointed record, but not altogether incoherent. Even McVicker’s gleaming vocal hooks communicate the resignation that inspires his outré forays, setting commercial ambivalence, even sabotage, firmly at the album’s defeatist core. On the closer, “Forever,” McVicker’s dad shows up to blow a bassoon. (Melters)

On We Animals, Lila Rose works with a distinctive palette of both earthy and starkly artificial sounds, relishing the collision of stomps and ambiguous clacks with the gated digital blare of a computer set to stun. Then, there’s Rose’s voice, multiplied, overdubbed, and upfront, where she displays ample range and jarring flare. The atmosphere is nicely befitting of the album’s stated thematic conceit regarding environmentalist plights.

It begins with just acoustic guitar on “Stars,” where Rose’s voice provides flighty verses and warbly back-ups. She sounds distinguished, tying subtle melodic knots at the end of each vocal line — a modicum of restraint that doesn’t last. On the next song, “Tracking,” Rose leaps from stylized to cloying, with incessant tics that practically suffocate the core melodic content. Not all of her bolder moments backfire: On “Confessions,” Rose navigates the R&B playbook with such command that the accompanying music feels superfluous. Still, to the album’s overall detriment, her approach is more often overwrought.

The idea here seems to be making functional, contemporary pop, which the basic sulk-to-peak ballads and refined arrangements certainly achieve. But We Animals is overeager, exhausting the effect of its inventive strokes right after they snare listeners’ attention. And that limits its capacity for enduring hooks. Even in bombastic pop songs, there are pauses and breaths to frame the central sentiments. We Animals is too busied with yaps and croaks for anything particular to stand out in relief. (Self-released)

In punk and punk-adjacent music, the convention of issuing demo tapes has morphed into an odd hybrid of newfangled digital distribution and willful anachronism. Almost all of them are available to stream online and to purchase on cassette, usually in that order. Super Unison’s demo tape arrives with clout. It’s the work of members of Punch, the local hardcore act that recently disbanded after issuing its staggering full-length, They Don’t Have to Believe, through the high-profile Deathwish label.

Not surprisingly then, Super Unison signals a distinct new identity. Each riff charts the longitude of a fret board, distorted but not saturated enough to muddle the frantic picking techniques that lend them an especially squirrely character. The drummer interlocks with all of that, punctuating the frenzied guitar phrases with emphatic thwacks and flams. Vocalist Meghan O’Neil, meanwhile, has toned down the power-yell that was her default in Punch. That renders snippets of her lyrics, which still focus on interpersonal animosities, intelligible atop the formidable music. The static severity of her delivery counters the motion of Super Unison’s players quite nicely, evoking the interplay between vocals and music in Meredith Graves’ old act, Shoppers.

Lots of listeners will tag this with the resurgent phrase “post-hardcore,” which is in keeping with the pendulum swing between purity and perversion that propels the punk continuum. It’s even tempting to criticize Super Unison (which is named for a Drive Like Jehu song) for overly revering its influences, but that wouldn’t be entirely fair for a demo. As illustrated by cassettes’ enduring presence, it’s a conservative scene. Super Unison just sounds as much like its influences as Punch did. The difference is that Punch, at least on its swan songs, dealt in homage so devastating that it didn’t matter. (Self-released)

Skateboarders Lose to The Man

Why Are Things So Empty Around Here?