Wherein our music editor pulls back a crimson curtain to reveal an alternate reality where punks hate guitars. 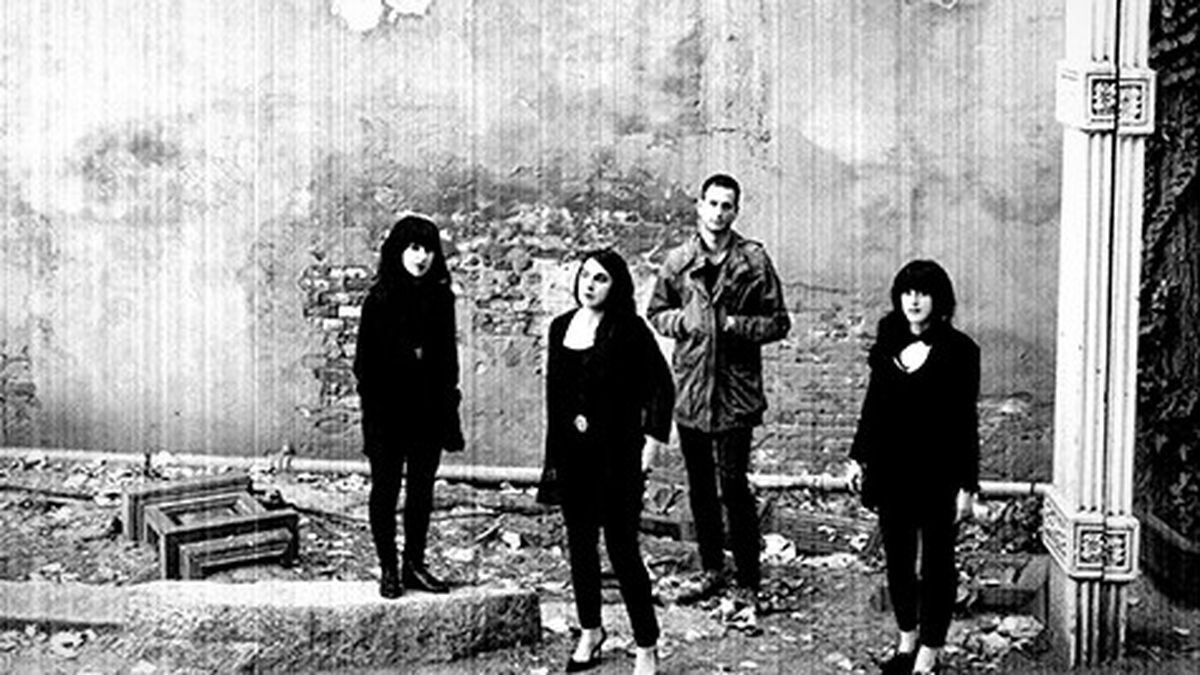 Hardcore is never clever. It’s inflexible, simple, and borderline idiotic in content and form. That’s why someone coined “post-hardcore”: to accommodate hardcore graduates’ relatively savvier ideas. The curiously named East Bay trio Lil Dowager transgresses even the smarts of post-hardcore, though, busying its blitzkrieg spasms up to such a showy degree that the band’s latest EP risks annexation in the so-called “math-rock” ghetto. And yet, the collision of mean-spirited hardcore overtures and technical knowhow lends Never Too Late to Hate its peculiar tension.

The EP’s four songs run less than eight minutes total, each moment crammed with twitchy little convulsions of snappy fills, choked cymbals, and needling leads. Squealing bits of feedback destabilize woozy bass riffs, but those groove-like reprieves collapse, with the band opting for more offbeat geysers of guitar chords and frantic drums. It’s a disorienting and difficult listen, with a spiteful side.

Plenty of unsettling imagery crops up in the lyrics, while the title “Never Too Late to Hate” seems pretty stark without context. The words, taken with the mutilated doll face on the cover, reflect a thuggish, mean-spirited bent, but the learned performances work to undo the same impression. Lil Dowager riffed on the apparent contradiction with the song title, “Post-College Hardcore,” which opened its debut EP. Since they’re all unique snowflakes, rock bands frequently coin genre tags, but “post-college hardcore” is unusually apt. (Conditions)

Never Too Late To Hate by Lil Dowager

In interviews, the members of Oakland trio S.B.S.M. speak with nuance and passion about identity politics and the complicity of artists in the process of gentrification, among other things. Those themes appear in stage banter, though S.B.S.M. is more likely to play at venues without stages. Joy / Rage, the group’s second cassette release, is out via Remote Outposts, a blog about punk tapes with label tendencies. In other words, S.B.S.M is rooted in a sense of punk that prizes analysis and a functional underground. That isn’t clear from Joy / Rage by itself, but it underscores a fluid idea of punk that has a lot of truck in Oakland, where the genre doesn’t necessarily involve guitars.

Joy / Rage features drums, keyboards, busted electronics, and vocals. Look elsewhere for backbeats. The drums — elliptical, sidelong patterns played largely on toms with only occasional cymbal — are reminiscent of the defunct noise-rock act Stillsuit. The ebb and flow of shrill feedback and rumbling noise, meanwhile, takes on a rhythmic component of its own. The songs feel less like linear statements and more like modular constructions, with each part being a permutation of the one before it. Rather than A to B, S.B.S.M. songs move from A to Æ.

Beyond intimating motion in an intriguing way, Joy / Rage is compelling for the way S.B.S.M.’s joint vocals seem to combat the music, struggling against the tidal noise. Sometimes, the vocals get subsumed. At the end of “OK,” the force of the music peters out and the voice perseveres: I’m okay! You’re okay!, it goes, on and on. (Remote Outposts) JOY / RAGE by S.B.S.M.

Screature’s eponymous debut, self-released in 2013, contained no surprises for locals who’d witnessed the foursome in its native Sacramento. Screature had spare grooves from a rhythm section composed of organ and trap kit; serrated riffs and inventive feedback from guitarist Christopher Orr; and the alternately husky and ghastly delivery of singer Liz Mahoney. Captured in the studio by producer Chris Woodhouse, the album played like a transmission from the stage, a live rite preserved for posterity.

The title of Screature’s new full-length — Four Columns — seems to reference the four players in one room. The grooves are Spartan. The rhythm section sounds expressionless and stern. The arresting moments arrive when Orr and Mahoney collide: Exasperated missives against an ascending riff on “Crumbling,” spectral feedback and deep intonation on “Lost Ones,” and a creaky lead giving way to Mahoney’s startlingly robust refrain on “Laws of Intrigue.”

As suggested by the almost goofy but apt band name, Screature pulls generously from the death-rock playbook. It’s a candlelit album, with the band silhouetted behind tattered crimson curtains, or whatever goth clichés you’d like to imagine. It tempts supernatural comparisons, an urge to read the track list as potion ingredients. As everyone who’s seen The Craft knows, it takes four people in one place to form a coven. (SS)