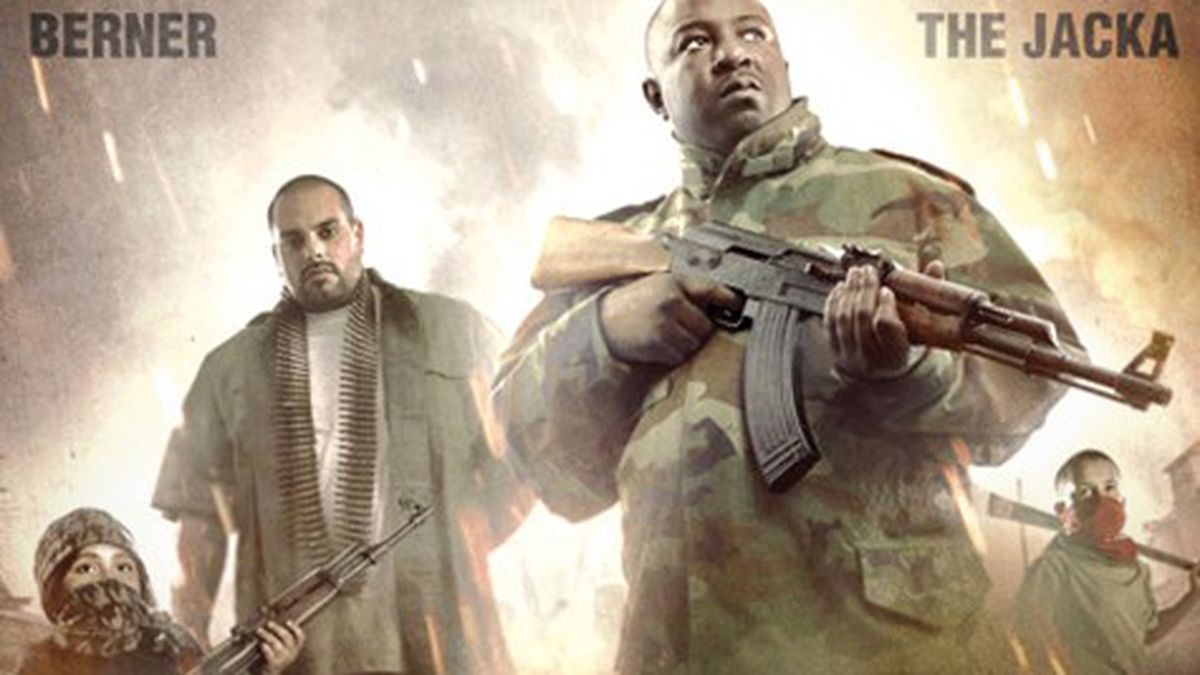 Wherein our music editor separates tripe from choicer cuts and considers the edicts of shmop.

In February, The Jacka was slain and promptly mourned at 94th Avenue near MacArthur Boulevard, where a groundswell of friends and fans gathered to tip drinks, leave tokens, and blast a quintessential East Bay rapper’s totemic tracks. Drought Season 3, a new installment of the collaborative mixtape series from Jacka and Cookies brand ambassador Berner, is one of many projects featuring the late rapper to emerge since his death. Each posthumous addition to his catalog underscores the loss, but Drought Season 3 is the best. That makes it the most painful.

Berner told me that Drought Season 3 was incomplete when Jacka died, but it doesn’t sound that way. The release has a down-tempo, leaden feel with melancholy interpolations bobbing in the sound of crackly vinyl. It’s the sort of gauzy production that announces lyrical confidence, gimmick-free and traditional, which Jacka used to stirring effect on his last two albums, What Happened to the World and Highway Robbery, with Freeway. The lyrics to “Die Young” are typical of Jacka’s hustler panoramas. He coupled criminal narratives with a wide-angled view of their social context and a deeply empathic dimension.

The cover of Drought Season 3 features Jacka and Berner strapped with rifles, and the requisite metaphors about dryness dab up throughout, but the weed rap conceit gets eclipsed by the more urgent and wrenching reality of the rapper’s death. Specters haunted a lot of records by Jacka, an artist who spoke to and from a community saturated in tragedy and resilience, but Drought Season 3 compacts that sense of the reaper in a devastating way. The tribute listening session started back on 94th Avenue goes on. (The Artist)

Snow tha Product demonstrated her versatility back in 2011 with the disparate but equally viral tracks “Drunk Love” and “Holy Shit.” On the former, Snow details a text message thicket of romantic complication and reconciliation atop four-on-the-floor thump. The latter sets volleys of verbiage to an unstable trap beat. The rapper, who’s since bounced between San Jose and Texas and signed to Atlantic, similarly vacillates between capitulatory radio tryouts and functional beats belying incendiary bars on her latest mixtape, The Rest Comes Later.

“AyAyAy” is a breathless bout of braggadocio that’s endearingly undermined by Snow’s mom, whose maternal expression gives the song its title. Snow announces her linguistic dexterity in the second verse by impersonating the chastising matriarch for an entire rant in Spanish. Sinister, modulating bells suit Snow on “No Going Back” and her frenzied flow makes the most of every beat that skews trap and boom-bap. Still, Snow is out of sorts on the dubstep-informed songs, but chief offender is “1 Time,” featuring Ty Dolla Sign’s languid auto-tune tripe. The rudderless R&B track is a backfiring loss leader — just as likely to get folks in the door as to repel them from the premises.

The anomaly is “Same Ones.” Rap nobly rebuffs prescribed, top-down notions about what kind of work is worthy and respectable, and yet it’s often drunk on the bootstrap rhetoric peddled by insincere right-wingers, too. “Same Ones” tangles that tendency. Snow works hard, for free if need be, all while holding down three and four jobs, she explains. And yet, as she puts it, Now they sayin’ the game about luck/Now they tryna’ tell me I’m stuck? It’s easy to hear as frustration with the opaque dealings of Snow’s industry keepers, which interestingly mirrors broader disillusionment with the gospel of hard work as the fairy dust of economic mobility. “Same Ones” is also the best instance of an uplifting chorus coexisting with skillful verses on a mixtape that otherwise treats pop conventions and lexical feats as mutually exclusive. (Self-released) Snow ayayay:

The brand, the plan, the hashtag — Shmoplife, what’s that? Well, to observe the edicts of shmop, according to Kool John’s intro to 2013’s Peace, Love and Shmoplife, one must only revere progress, paper, and positivity and progress, peace, and partying. Kool John expanded the shmop vision last year with Shmop City, the titular location referring to what cartographers call Richmond. Now, Kool John’s HBK Gang-adjacent contingent adds Ooty Ooo’s Shmoplife Made to the expanding shmop canon, a neologism scrumptious enough to tempt copious repetition.

Undergirded by the aqueous low-end, impressionistic keys, and spare beats of post-hyphy Bay Area rap, Ooty Ooo is more fixated on defending and affording his shmop lifestyle than actually singing its praises. As in, there are a lot of shout-out to shmop that do little to elucidate anything besides its importance to Ooty. That doesn’t matter on “I Bet That,” with production that’s weirdly evocative of Angelo Badalamenti’s soundtrack work, or the club-calibrated “Drop It Low,” but it brings out the dearth of distinctive rapping. “Ooty Ooo,” in particular, is a bummer. Artists only get so many chances at an eponymous track, so it should be a clarion statement of skill and intent, like “Killa Cam” or “Black Sabbath.” “Ooty Ooo,” however, is middling and ultimately terminal when Ooty Ooo bites a line from Drake’s “The Motto.”

The problem with identifying so closely with shmop — which really just symbolizes priorities shared by sensible people everywhere — is that Ooty Ooo doesn’t distinguish himself in the gap between hook and gimmick, so the two collapse into one. Kool John’s shmop series has an ingratiating communal feel and rewarding singles, such as “Ya Bitch,” with its pretty dazzling Lil Jon & the East Side Boyz interpolation (courtesy of producer IamSu!). Still, “Grind Hard,” the closing track on Ooty Ooo’s debut outing, opens with a telling, spoken bit: It’s kind of hard because we don’t have any majors out here, so we’re just holding it down. Perhaps, above all else, shmop is real talk like that. (Shmoplife)

Best Thing to Happen to Oakland Office Drones, Ever

Best Place to Responsibly Dispose of Your Old Bric-a-Brac

Best Place for a Cross-Fit-Type Workout