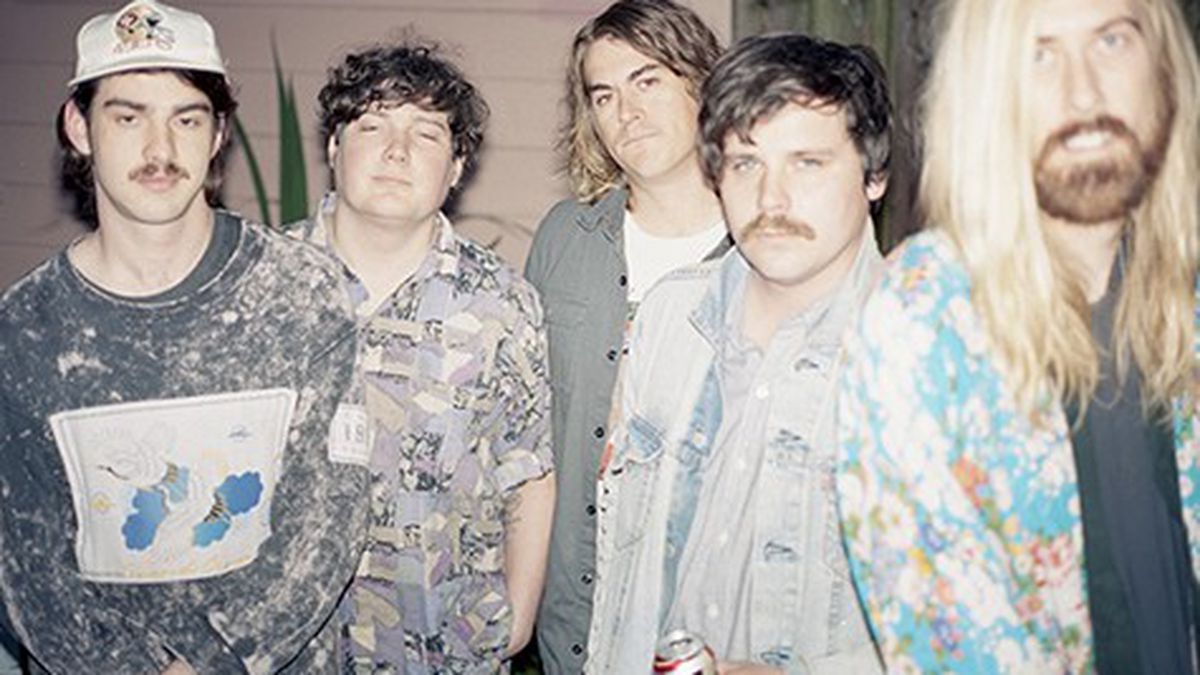 Reviewed: New Albums by Erase Errata, The Dodos, and Tiaras

Wherein our music editor parses the best from the mess.

The Dodos’ new album, Individ, features a thicket of carefully entwined rhythms belying every other musical feature. The San Francisco-based outfit, now promoting its sixth full-length release since 2006, has always made a spectacle of rhythm, both on record and in concert: The band is known for employing auxiliary percussionists and fastening rattling things to their appendages.

In an indie rock climate deficient in syncopation, in which trap kits hew close to a grid-like pulse and ever more so with the current taste for electronic drums, The Dodos’ allergy to four-on-the-floor backbeat is noble and distinguishing. On “Darkness,” a fingerpicked guitar lick locks with a frenetic drum pattern. Up until the two-and-a-half-minute mark, it’s a softly executed interplay, which the band wisely exploits with a mightily dynamic outro.

In the early to middle part of the band’s career, The Dodos saturated acoustic guitar strumming invited Fleet Foxes comparisons. Vocalist Meric Long’s ability to marshal a blasé drawl into incisive hooks without compromising world-weary overtones resembled that of many mid- to late-2000s indie-rock acts. The Dodos, like a lot of bands, once appeared poised to benefit from the breakthrough of bands such as Vampire Weekend. Indvid sounds like a relic from that hopeful era. The specter of commercial viability has receded and The Dodos remain the same. Ultimately, that leaves an outfit of deft song arrangers and rhythmic tacticians who otherwise evoke middling examples of extinct indie paradigms. (Polyvinyl)

Of the postmillennial San Francisco rock narratives frequently trotted out for reference, Erase Errata doesn’t neatly belong. The band, which released three albums and several EPs between 2000 and 2006, was more akin to the sort of trebly post-punk peddled by bands such as The Rapture, which channeled a depoliticized version of early 1980s bands such as Gang of Four. Erase Errata songs were similarly concise — stark exercises in taut grooves, with vocalist Jenny Hoyston’s alternately staccato and soaring delivery. None of which is to say Erase Errata isn’t remembered fondly by locals, as evidenced by the rekindled zeal upon announcement of Lost Weekend, Erase Errata’s first album in nine years.

Opener “History of the Clap” is a somewhat cheeky glance back at the prevalence of handclaps in the band’s post-punk nouveau origins. Sequencing it first seems like a gentle attempt to jettison the past, but Lost Weekend is timid about entering a new phase. When the band begins to expand ideas rather than distilling them to a spastic essence, the results aren’t satisfying. On “In Death I Suffer,” a snappy power-pop song that recalls the best of Sleater-Kinney is needlessly squandered by a tepid psych excursion. Similarly, “Scattered Means” is full of beaming hooks, but is ultimately redundant — it would leave twice the impression at half the length.

And ultimately, since Lost Weekend features seven songs at less than 25 minutes, it only takes a few blemishes to mar the whole. “My Life in Shadows” is brisk, confident, and perhaps most reminiscent of Erase Errata’s earlier material, but it’s a minute-and-a-half highlight sandwiched between the two aforementioned overextensions. Erase Errata doesn’t need to rehash anything, but Lost Weekend is a hesitant step with uncertain direction. (Under the Sun)

There are few moments on Tiaras’ debut album lacking in vibrant guitar twinkle. It’s a veritable light show of neon hues projected onto a canvas of sustained keyboard that shifts only in terms of saturation: Is it a spare melody emanating from one guitar or a hazy melange of overdubs?

Reverb and delay applied to guitar leads is a familiar sound, having been fashionable on and off since the early 1980s. While Tiaras applies effects liberally, the clarity and craft at play elevates things from mere textural exercise. And anyway, Tiaras’ handle on the architecture of a song, its leading contours and complementary shapes, is another asset altogether. “Life as an Extra” hinges on a slight rhythmic lurch, consistent in the bass line but emphasized by the drums on transitions. It’s not exaggerated like a gimmick; rather, it operates subtly enough to leave little conscious impression while ensuring momentum.

Tiaras is full of such nuance, and vocalist Ryan Grubbs is mindful. He’s prone to the quasi-R&B affectation assumed by adult-oriented rock bandleaders from the 1980s, punctuated by shameless oohs and aahs, but what would come off as nearly histrionic in another context suits the John Hughes atmosphere perfectly. If anything, considering that Tiaras is an assemblage of players from noted local acts — Ganglians, Fine Steps, and Blasted Canyons — the only surprise is that the album is only as good as we expected it to be. (Mt. St. Mtn.)

City of Oakland and Three Nonprofits Awarded $1.85 Million in State...

Best Way to Get Fit Without Noticing