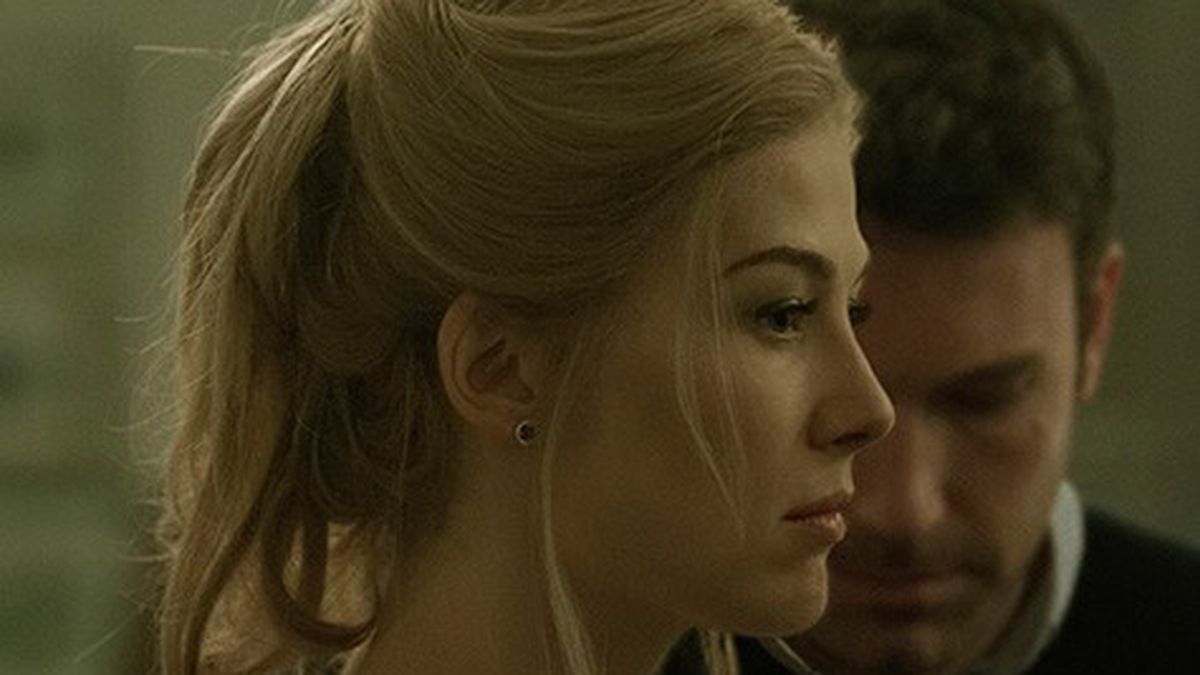 David Fincher’s Gone Girl presents a certain happy kind of problem for the reviewer. Fincher and Gillian Flynn’s adaptation of Flynn’s hit crime novel is one of the very best movies of the year, with startling performances from a brilliant cast headed by Rosamund Pike and Ben Affleck. At the same time it’s extremely difficult to write more than the barest introduction without giving away key plot surprises. But this film is too good not to talk about. That’s why we suggest you see it before reading the next paragraphs.

Actress Pike is a revelation as Amy Dunne, half of a stressed couple with Nick (Affleck), her husband of five cloudy years. We glimpse unreliable narrators Amy and Nick through a glass darkly, beginning with the morning Nick returns home from the bar he operates with his twin sister Margo (Carrie Coon) to the Dunnes’ home in the fictional town of North Carthage, Missouri, to discover Amy missing and the house in disarray, showing signs of lethal violence. It’s the particular nature of Nick and Amy’s relationship — and author Flynn’s diabolical narrative — that almost no one believes Nick’s story. Not police detective Rhonda Boney (Kim Dickens) or her dim-bulb deputy (Patrick Fugit), nor Amy’s parents, nor any number of sensationalistic cable TV show hosts. Not even us, the helpless audience, groping for a pathway through an increasingly murky chronicle of domestic havoc.

When Amy and Nick meet in New York City (in a flashback) they are a legitimately “cool” pair of hot-to-trot lovers. But then “Bitch with a Pre-Nup” and “Flyover Boy” (Amy’s arch voiceover pet names for herself and her spouse) are obliged by Nick’s family issues to move to the “navel of America,” and contempt takes over. Each spouse has his or her individual demons. Amy is a sad trust-fund baby who resents growing up as Amazing Amy in her parents’ famous children’s book series; Nick is a seemingly uncomplicated teacher who nevertheless can’t resist one of his students (Emily Ratajkowski), nor the occasional felonious assault on his wife. Matters can only get worse. Flynn’s devastating portrait becomes irresistible film noir in the hands of master tinkerer Fincher (The Social Network, The Girl with the Dragon Tattoo), who puts Amy, Nick, and us into a maze we recognize from his Zodiac. Their character hell is our luxuriant garden of human folly.

Big Hearing on Fracking in Oakland on February 18