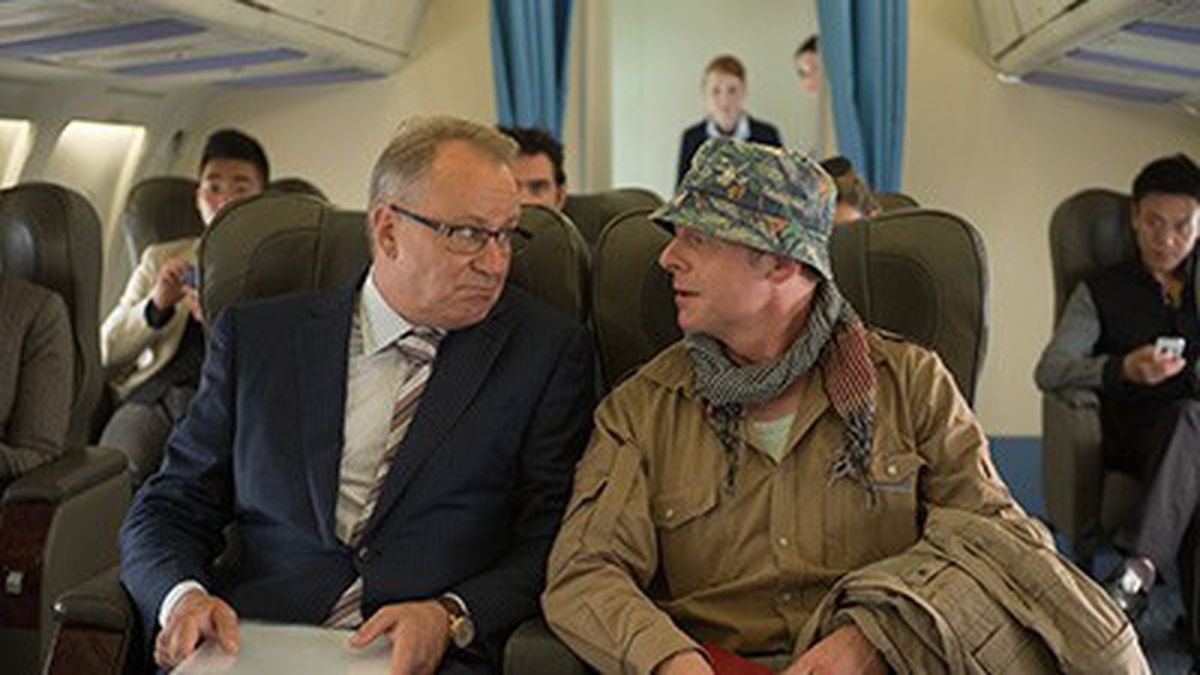 Review: Hector and the Search for Happiness

Hector and the Search for Happiness is aggressively harmless. Maybe you could tell from the title. It’s the comfy chair of date movies, a middle-aged man’s version of Eat Pray Love, an unnecessary regurgitation of the most easily grasped sentiments from The Secret Life of Walter Mitty, and the second movie this week to costar Rosamund Pike (see Gone Girl). To see Hector once is to realize you’ve seen it a thousand times. But it’s difficult to cast it into the lake of fire, because of Simon Pegg.

Pegg plays the title character, a contemporary London psychiatrist whose boredom with his benignly eccentric patients is matched by the bland, poached-egg-and-toast affection he feels for his live-in girlfriend Clara (Pike), a pharmaceutical marketing rep. Her job in director Peter Chelsom’s light-as-a-feather comedy — adapted by Chelsom, Maria von Heland, and Tinker Lindsay from the novel by François Lelord — is to supply wounded reactions, and also to find (seemingly) incriminating evidence in her boyfriend’s sock drawer. Clara wants to get married and have a baby. Hector doesn’t, because he essentially is a baby himself. So Hector does what a comfortably well-off movie character tends to do when he’s low on ideas in the midst of a midlife crises: He takes a road trip to exotic lands. Hector has a question for himself and everyone he meets: “Are you happy?”

Actor/writer/standup comic Pegg has built a thick filmography by looking on the sunny side of zombies (Shaun of the Dead), cops (Hot Fuzz), overweight folks (Run, Fatboy, Run), embarrassing schoolmate reunions (The World’s End), and making faces behind Tom Cruise (Mission: Impossible III). Now, at age 44, Pegg is tackling the biggest challenge of his career — becoming the new Hugh Grant. You know, the stammering, befuddled, terribly over-polite but basically well-meaning Brit who can’t move across a room without knocking over furniture and apologizing all around. That’s exactly what Hector does in Shanghai, Tibet, some unspecified place in Africa, and Los Angeles, on his quest for the things he always knew and the happiness he always had, right there in the palm of his hand. Awww.

Hector is so innocent that we find ourselves paying more attention to his opponents than to him. They’re more fun. On the flight to China he annoys, then charms, a gruff businessman named Edward (Stellan Skarsgård), who takes pity on our hero just enough to make a fool out of him at a Shanghai hostess bar. Edward’s idea of happiness is another twenty million dollars. For Hector’s date Ying Li (Ming Zhao) there doesn’t seem to be any happiness at all. Down the list we go. A Tibetan monk (Togo Igawa) dispenses appropriately vague wisdom. The ever-helpful Hector makes a brutal drug baron (Jean Reno) happy in the African bush by giving him some prescription advice. Hector’s old classmate (Barry Atsma) has already found his happiness, a male lover. Hector tastes sweet potato stew — instant bliss. He escapes certain death, another definite plus. In LA, Hector’s old girlfriend (Toni Collette) and her professor friend (Christopher Plummer) put our guy in a brain-wave-meter box. By this time, our own brain is turning blue, green, and yellow.

The best, the only, reason to put up with Hector and the Search for Happiness is old Pegg-o himself. It’s impossible to stay peeved at his Stan Laurel-John Mills mug for long. So what if the story is a trifle tired and worn out? No need to trudge through inhospitable foreign countries. Contentment is right here at home. Mr. Happy told me so.