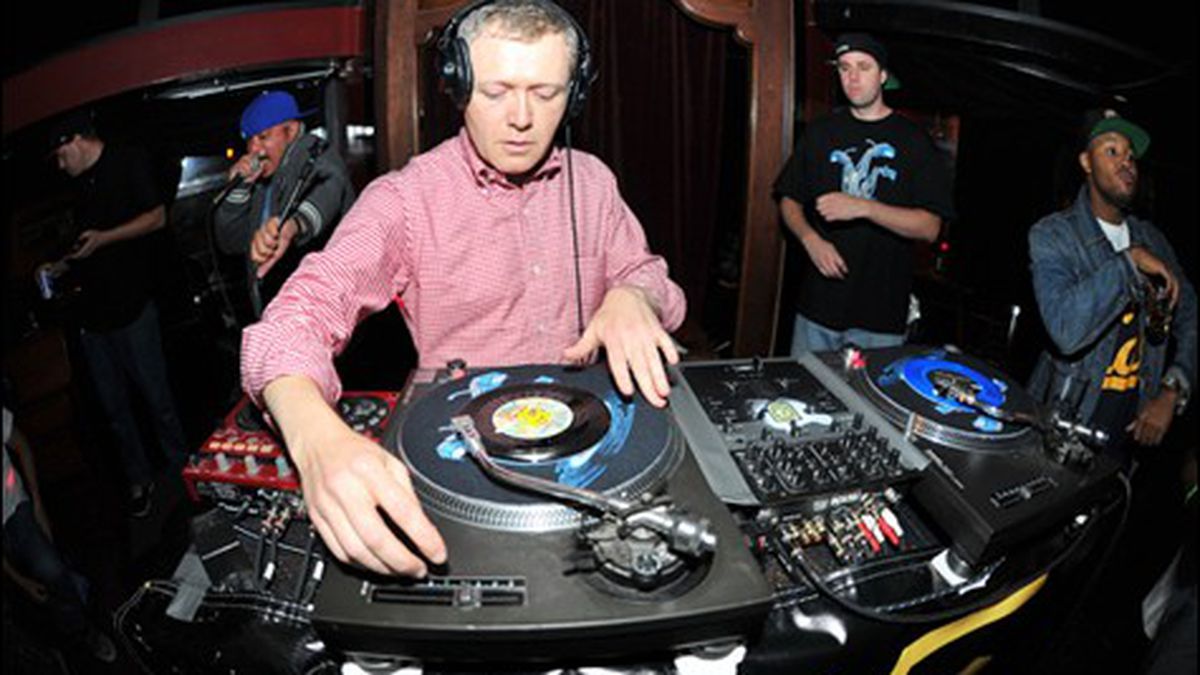 The legendary East Bay DJ was known for his encyclopedic knowledge of breakbeats.

On September 3, legendary Bay Area DJ Matthew Africa was tragically killed in a car accident while returning from Yosemite with his wife. The death sent shockwaves through the Bay Area DJ community, where Africa had been a mainstay for decades, and reverberated through the blogosphere. Local and national outlets covered his passing. Clearly, Africa was a man who touched a lot of people on a lot of different levels.

His impact on the local music scene was considerable. He was a teacher, friend, and mentor for generations of Bay Area DJs, many of who went on to become notable in their own right. His legacy includes numerous radio broadcasts, DJ sets at local clubs, mixtapes, and podcasts.

Africa was a crate-digger’s crate-digger, known for his encyclopedic knowledge of breakbeats (obscure or rare records sampled by hip-hop artists). Born in Durham, North Carolina, he was raised in the Bay Area and stayed here for most of his life. His deep love of soul and jazz music developed while he was recuperating from an accident that left him confined to a bed for months. During that time, he listened to records over and over, becoming a full-on vinylphile.

While an undergrad at UC Berkeley majoring in African-American Studies, he befriended Beni B, who hosted a hip-hop show on KALX. The college station “became the platform/springboard for Matthew to nurture and pursue his passion of music,” Beni said.

“At the time Matthew and I met, he was already a connoisseur of funk, soul, and rare-groove records,” Beni recalled. “Matthew rarely played his records out, so I invited him down to KALX in October ’92 to co-host my radio show.”

Through Beni, Africa developed an interest in rap and hip-hop. Later, Africa would host his own show on KALX and work as a vinyl buyer at Amoeba Records in Berkeley. A graduate of UC Berkeley’s School of Law, he practiced business and intellectual property law for several years, but music remained his true love. According to an obituary published in the San Francisco Chronicle, he eventually quit his job as a lawyer to pursue music full-time.

After finding out about their friend’s death from Facebook on September 6 — coincidentally the night of “High Life,” Africa’s monthly party at the Layover — his DJ pals decided to turn the night into an ongoing tribute to him. That evening was anything but somber, as the East Bay DJ community came out in full force to celebrate the life of their fallen brother.

“Matthew Africa was part of the glue that held us all together,” said Layover owner Tim Martinez. At Africa’s funeral, Martinez said, “Everyone had good things to say about him. None of it was contrived. He was so solid.”

Martinez’ lasting memory of Africa comes from the last night he played at the Layover, in August. Although the music was heavily concentrated on hip-hop and rap, as things were winding down, Africa asked to play one more song. His selection? Neil Young’s “Harvest Moon.” “I must say, it totally threw me,” Martinez said. After the funeral, he told his wife about that final interaction. “She got teary-eyed,” he said.

On Thursday, October 4, a second installment of the Africa tribute night took place with an all-star DJ lineup, including Platurn, Malachi, Willie Maze, Tim Diesel, Neto, Mpenzi, Aebl Dee, and B-Cause (who co-produced the “Soul Boulders” mixtape series with Africa). An altar was set up in front of the turntables, with a picture of Africa spinning during the “45 Sessions” at Disco Volante; lit candles; and a bucket for donations, with proceeds going toward hiring a “second line” New Orleans funeral-style band, MJ’s Brass Boppers, to attend his memorial. Another picture of Africa, dressed in a suit and tie, oversaw the proceedings from the wall behind the decks.

Quixx first met Africa around 1992, after being introduced by Beni B. “He was the original homeboy who came by, when we started the Wake-Up Show” — a groundbreaking program in its day, which brought a college radio vibe to KMEL, a 50,000-watt commercial station.

As Quixx remembers, “[Beni] was like, ‘Yo, let me bring my man Matt. He got all the breakbeats,’ blah blah blah. And [Africa] would just come up and he would come to the DJ booth at KMEL and be like, ‘Yo, you want me to play some breaks?’

Quixx relates how, for a time, the Wake-Up Show “became more about breakbeats than it was about rap.” Back in the early Nineties, the popularity of crate-digging groups like A Tribe Called Quest and Gangstarr led to a trend of sourcing the original songs sampled by rap acts — which Africa always seemed to have at hand.

“He would always be, like, ‘What song you want?,'” Quixx recalled. “‘Oh, Brand Nubian.’ ‘Oh, I got that. No problem. James Brown, bop bop bing.’ And the phone lines would just go brrrrrrt! ‘What’s that?’ People would be calling in all night.”

Africa’s long tenure on college radio made him a go-to source for many in the East Bay. Among Africa’s faithful listeners was Martin “DJ Willie Maze” Aranaydo, who later became one of his best friends. “Matthew Africa was just this random, nice, really square-sounding voice that I heard growing up listening to KALX college radio on my boombox, trying to record rap music,” said Aranaydo. “… He was like my window to rap music. Recently, when he started rocking the ‘Stay Hating’ podcast, he became my window to rap music again. … I just knew that I could trust his voice on that. I had learned so much from him already before I knew him.

Africa, Aranaydo said, “Was an insanely huge and beautiful archive of music” who would often give his friends records or handcrafted club edits of songs he knew they liked.

Joe “DJ Eleven” Keilch first met Africa in high school, more than two decades ago. Via e-mail from New York, Keilch wrote that Africa “taught me more about music in the past 20+ years since than everyone else in my life combined. Matthew’s tastes were ridiculously diverse and always informed by whether music was authentic and real, not whether it fit into the narrow conventions of a particular sub-genre or the boundaries create by other small-minded constraints.”

More than just a DJ and a breakbeat aficionado, Africa was “someone who believed in personal relationships, and building them and nourishing them,” said Tim Diesel, another of Africa’s DJ buddies. “That’s something I really appreciated and I couldn’t help but feel honored that he would do that.”

Update, 10/16: A previous version of this story incorrectly stated that funds from the donation bucket would be going toward Africa’s family. In fact, those funds were used solely for the purpose of hiring a band to attend his memorial.
Facebook
Twitter
Linkedin