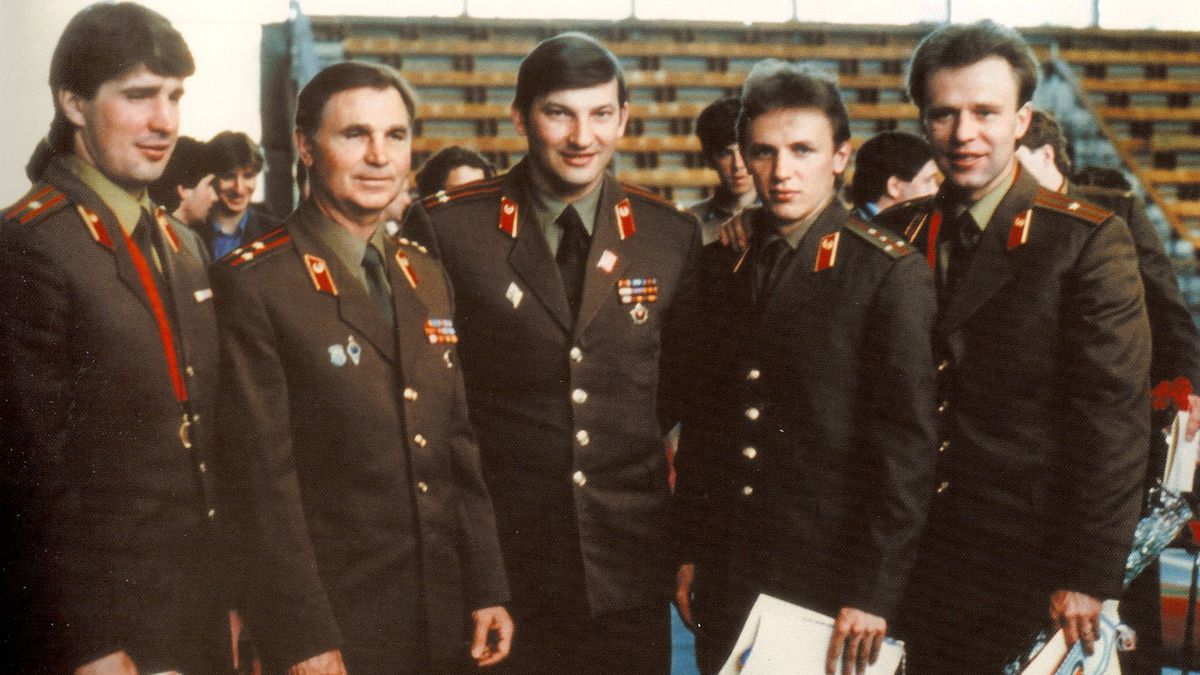 A good sports movie has the potential for a certain brand of magic that other genres lack. It can not only lift us into that rarified sphere in which the utterly physical merges with the unexpectedly metaphorical, but at its best — as in Gabe Polsky’s ice hockey documentary Red Army — it takes us to fascinating places we never knew existed, and we come away better for the experience.

At first we’re not entirely sure the trip is going to be worth it. We’re introduced to Vyacheslav “Slava” Fetisov, whom we are informed is a legendary Russian hockey defenseman. In a scene that another filmmaker might have edited out, Fetisov is busy checking his texts and has no time for the voice of the off-screen Polsky, whose timid attempts to engage Fetisov’s attention get the icy Russian-bear brush-off. Great, we’re thinking, an arrogant Russky sports idol with all the public-relations skills of Vladimir Putin. A real “Gospodin Warmth.” But Fetisov grows on us. Or rather, his story and what it signifies come tumbling out and we can look past his rude first impression.

Context is everything. Like every boy growing up in the old Soviet Union, Fetisov lived and breathed hockey and dreamed of playing for the Red Army team, a state-operated franchise generally considered the best in the world. When he finally qualified for the army’s hockey academy under the guidance of Anatoly Tarasov, the burly, high-spirited motivator renowned as the “father of the Soviet hockey system,” Fetisov thrived and eventually became the team’s leader. Their constant objective: to beat every team they play and bring in the Olympic gold. The Russians’ dazzling skating, passing, and shooting were often compared to the country’s passion for chess — finesse and creativity combined with undying patriotism, hockey as Cold War propaganda (“We’re the best because of socialism”). Meanwhile, American and Canadian hockey folks considered the Russians to be KGB-controlled robots.

When the unheralded US hockey team, a collection of collegiate amateurs, upended the highly professional Red Army, 4–3, for the “Miracle on Ice” gold medal at Lake Placid in 1980, the world caved in around Fetisov and his teammates. Hockey commissars blamed them for losing the Olympics. That disillusionment dovetailed with the thawing of US-Soviet relations, and soon the best Russian players began trickling into the National Hockey League, where the money and fame resided — all except Fetisov, now on the outs with the slave-driving new coach, Viktor Tikhonov. Fetisov rebelled against his communist masters, paid the price for disloyalty at home (ostracism and street beatings), but eventually was allowed to make the capitalistic stateside move. “You mean I can get paid for playing hockey?” As part of the price for his visa to the US, the world’s top defenseman was required to pass on a percentage of his NHL salary to the USSR. No wonder Fetisov seems a little bitter.

Writer-director Polsky (The Motel Life) has easy fun with TV game footage and Cold War commentary. Ronald Reagan, Mikhail Gorbachev, retired KGB agent Felix Nechepore, and Detroit Red Wings coach Scotty Bowman file past. At one point we’re treated to the sight of a squad of trained bears with ice skates on, practicing slap shots and goal-keeping. Before Fetisov was reunited with four of his former comrades to bring the “Red Army line” expertise to the Red Wings, rookie Russian players were subjected to brutal body checks, high-sticking, and other pranks by lumbering Canucks and Yanks trying to put them in their place.

Nowadays the older but wiser Fetisov is the Minister of Sport for the Russian Federation, which entitles him to wax philosophical and even dismissive. He admits that it was difficult, in the US, to have to run your own life after being regimented for years. The moral of Polsky’s entertaining doc seems to be: You can take the boy out of the Red Army but you can’t take the Red Army out of the boy.

See You At the Crossroads