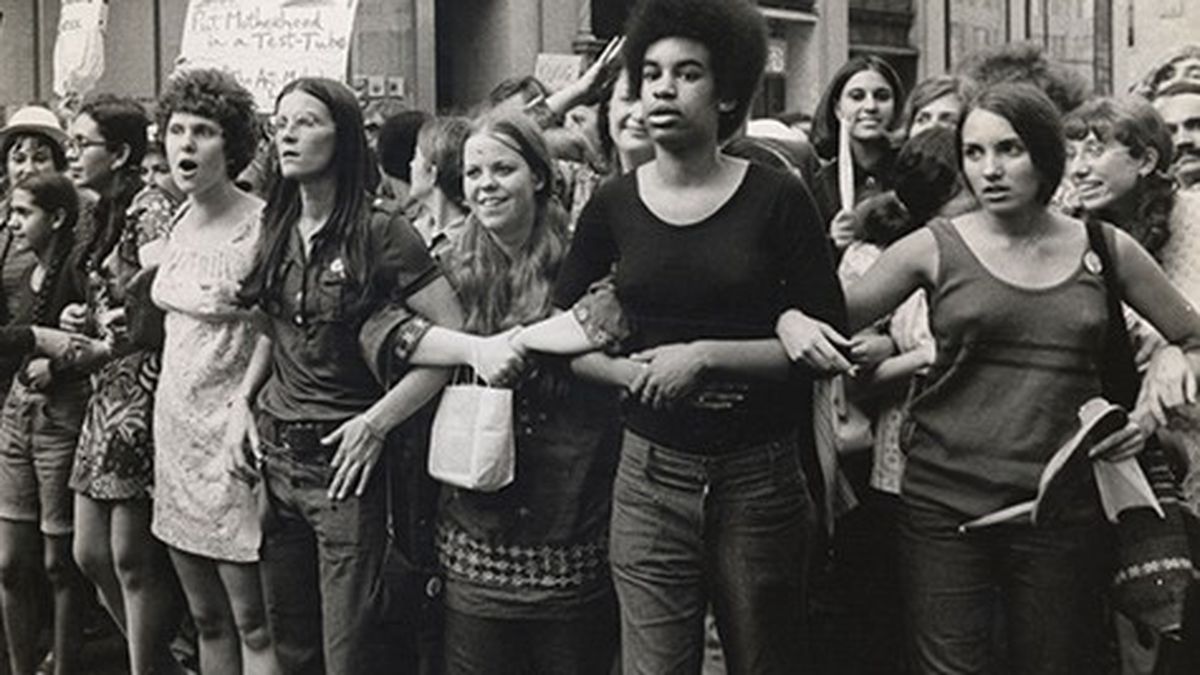 It’s been almost fifty years since the second wave of the Women’s Rights movement in America. Now’s the time for a bracing, informative documentary like Mary Dore’s She’s Beautiful When She’s Angry, to put the struggle for women’s equality in perspective, and to help point the way to the future. It’s a newsreel time capsule peppered with contemporary talking heads looking back.

Dore’s doc is a concise history of social change that serves both as a primer for younger audiences and as a congratulatory filmed scrapbook for the women (and their men friends) who lived through the “women’s lib” days, beginning in the late 1960s. You don’t have to rely on Mad Men anymore to explain what a woman’s life was like during the post-WWII economic boom — a time of prosperity that most women were systematically shut out of.

Issue number one was jobs, defined by employment discrimination, and the to-do list went on from there: reproductive rights, sexual politics, free speech, the recognition of rape as a political crime, child care, and continuing the legacy of the suffragettes, the original right-to-vote activists of the nineteenth century. Period film clips show outrageous public statements that would get a man fired immediately today — but for every teeth-grinding gaffe, there are numerous profiles of women who fought back. As League of Women Voters co-founder Virginia Whitehill asserts: “You’re not allowed to retire from women’s issues. You still have to pay attention.”

Filmmaker Dore’s parade of talking heads is a Who’s Who of feminist leaders on the march: author Betty Friedan; New Left campus politicos Ruth Rosen, Heather Booth, Fran Beal, Marilyn Webb, and Ellen Willis; author Kate Millett; provocateuse writers Susan Griffin and Alta; lesbian activists Rita Mae Brown and Karla Jay; revolutionary firebrand Roxanne Dunbar-Ortiz; and Susan Brownmiller, who wrote the landmark anti-rape exposé/history Against Our Will. Brownmiller makes a startling but verifiably true statement on camera: “We live in a country that doesn’t credit any of its radical movements. They don’t like to admit, in the US, that change happens because radicals force it.”

Of course, the work these women began is not finished, but awareness was raised and can never be covered over. “The women’s movement brought about a social revolution in this country,” says feminist theorist Jo Freeman. “And while it was painful to be a part of that revolution, it had to be done.” The struggle continues.

Do the Time Warp at the Saturn Cafe