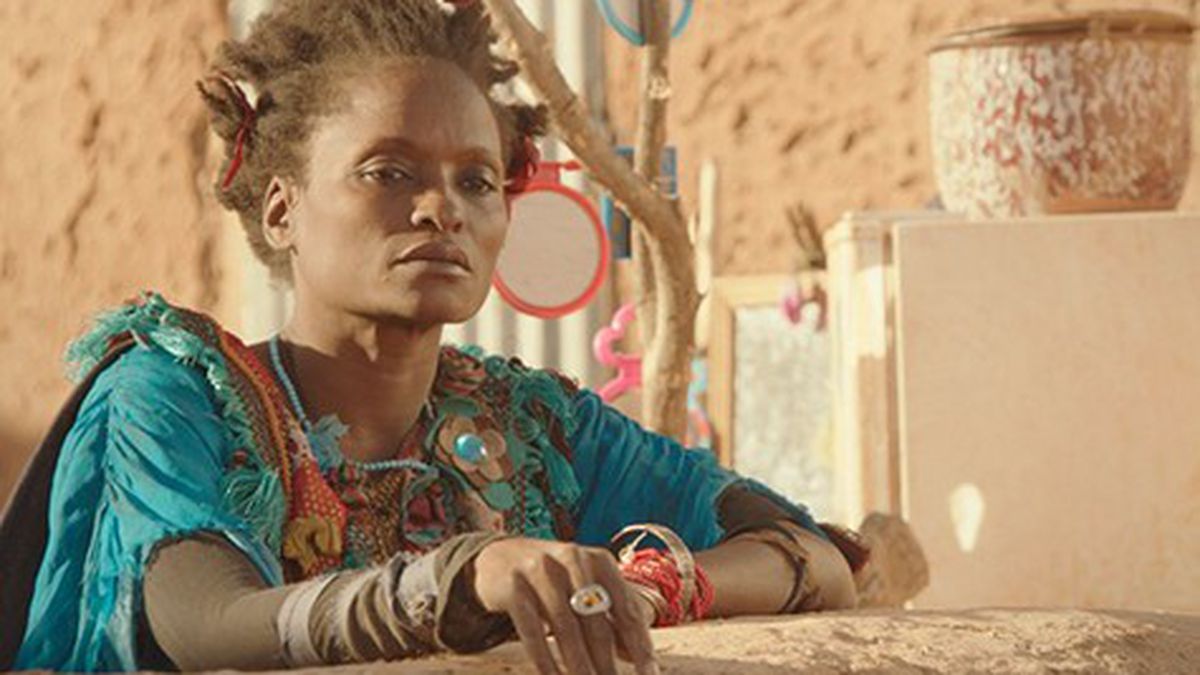 When the strangers came.

When it comes to examining “man’s inhumanity to man,” the narrative form offers some advantages that are out of reach for a documentary. Case in point: the plight of people in the northwestern African country of Mali when foreign Jihadists move in and force them to obey their orders at gunpoint. That’s the setting and situation in Abderrahmane Sissako’s Timbuktu, a village story that substitutes cool observation for overheated outrage.

Near the title town in the Sahara, an ancient imperial capital of Islamic culture as well as of trade in salt and slaves (shot in the neighboring country of Mauritania), a Tamasheq-speaking Muslim herdsman named Kidane (Ibrahim Ahmed, aka Pino) lives a serene, idyllic life with his wife and daughter in a tent at the edge of the desert. In the town, a newly arrived group of Arabic-speaking strangers with AK-47s and SUVs is throwing its weight around, loudly demanding that women wear gloves and head coverings, that men roll up their pant legs, and that the two genders cease gathering together, in public or private. Music and cigarette smoking are also forbidden on pain of the lash. Right away, we can see that the dignified Kidane and the Jihadist leader Abdelkrim (Abel Jafri) are on a collision course, and, given what we have learned in news reports, we expect the culture clash to be bloody.

As in a classic village pic, the plot moves slowly and deliberately. Lots of scene-connecting shots of donkeys and goats shuffling along the dusty roads. Disagreements arise. Filmmaker Sissako, a Russian-trained writer-director based in Mauritania, wants us to slow down and think about what we’re seeing. Any conclusions are up to us individually. But Timbuktu opens our eyes wide.