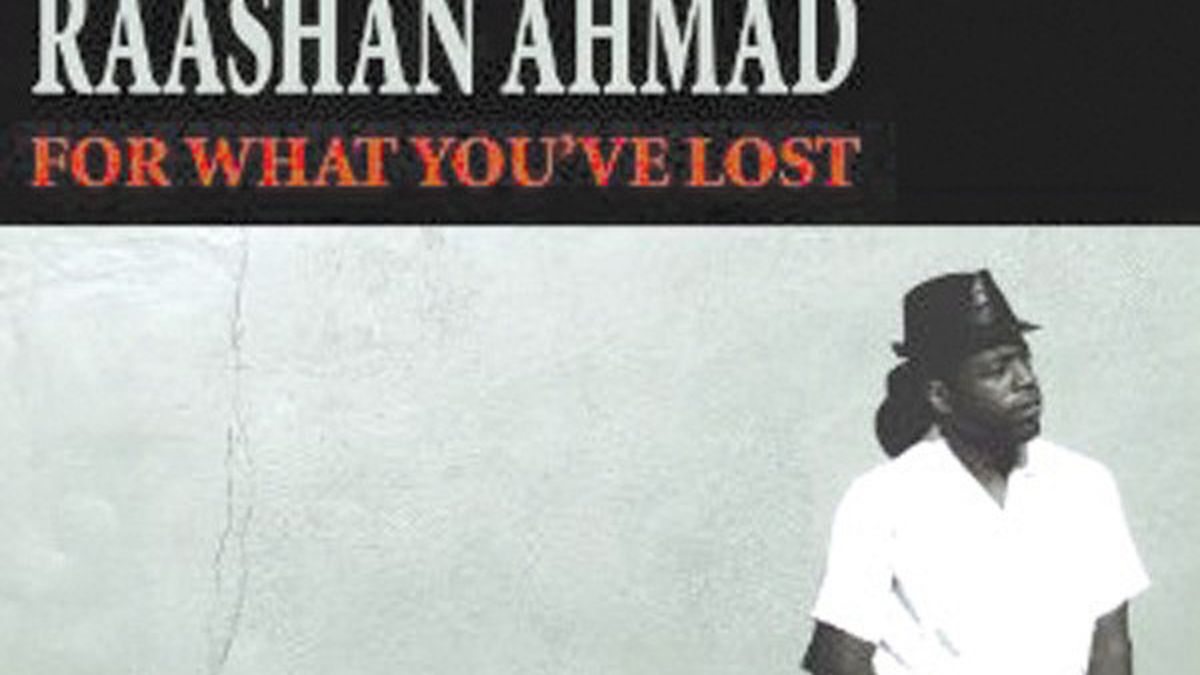 For What You've Lost

Raspy-voiced Raashan Ahmad is one of those dyed-in-the-wool B-boys who really means it when he name-checks the five elements, or uses the word “peace” as a salutation. And his new solo album employs a lot of familiar B-boy tropes. He has the requisite nostalgia track (“In Love with Wax”), in which he quotes lyrics from some of his antecedents (Wu-Tang Clan, Cypress Hill, Craig Mack, KRS-One, Digable Planets, etc.). He has the answering machine intro, courtesy of Crown City Rockers band mate Woodstock. He has slick, melodic beats, complete with trumpet fills and even a couple of sax solos. He anchors the album with a fervent, socially conscious rap that covers everything from addiction to human trafficking. Called “Beautiful Ugly,” it’s remarkably revealing despite being diffuse. Ahmad starts off with an all-around lament about the state of the world, but in the second verse he delves into personal woes like the death of his mother.

Sincerity and a sense of rootedness might explain Ahmad’s staying power in a notoriously fickle genre. But a lot of his appeal lies in the musicality of his album. Ahmad hired a motley crew of producers — including Paper Plane Project of Australia and Mitsu of Japan, as well as his own Crown City brethren — which would seem like a risky move. In this case, it works. The album is void of snags and jags; the beats are unrumpled and beautiful. But the real payoff is Ahmad’s gravelly, seductive rap cadence. You’ll even forgive him for rhyming the words “feel” and “miracle” (mir-ih-kill) on the last track. (A Champion Sound)

For the Benefit of Jay Korber