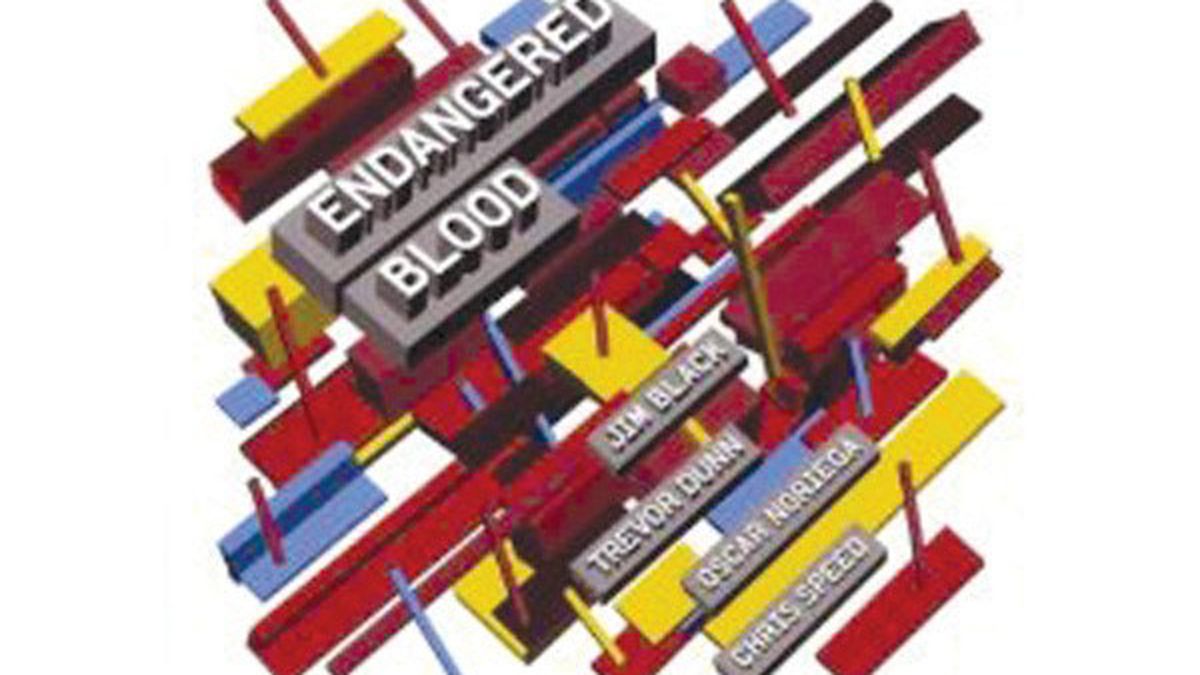 While versatile saxophonist Chris Speed composed all of the original tunes on the outstanding debut album by the New York avant-jazz quartet Endangered Blood, the performances suggest an uncommonly well-balanced collective at work. Speed’s frontline partner is Oscar Noriega, who brings a complex and personal sound on alto sax and bass clarinet. Drummer Jim Black is phenomenal, as always, and this music is custom-built for his brilliant pratfall precision. Trevor Dunn‘s contrabass beautifully underpins the proceedings, making the most abstruse patterns sound rooted and deeply musical.

“Plunge” begins with a snaky meter-skipping funk groove redolent of previous Speed ensembles, but quickly distinguishes itself with heated interplay, eschewing the polished sheen exhibited by the earlier Pachora. From there, Speed unspools a series of winning and varied compositions, from the bright horns and sprightly rhythm of “Elvin Lisbon” to the hauntingly lyrical “Valya” (featuring a soulful alto solo from Noriega). The driving “Tacos at Oscar’s” sounds like Tristano tackling Afropop, boasting a probing Speed solo, while the standout “Rare” is a melodic shell game that also happens to be drop-dead gorgeous.

If rangy counterpoint and bracing metric destabilization are the order of the day, Endangered Blood also shows little interest in throwing out the jazz baby with the bath water: Forms, heads, and solos abound. Turnabout being fair play, the jazz tradition is asked to prove its adaptability in the form of a thrilling odd-meter dash through the Monk classic “Epistrophy.”

In a scene awash in sometimes gratuitous recombinations of the same personnel, one hopes that the distinctive Endangered Blood will dig in and stick around. (Skirl Records)