In Once Upon a Time in Hollywood, make-believe is more rewarding than reality. 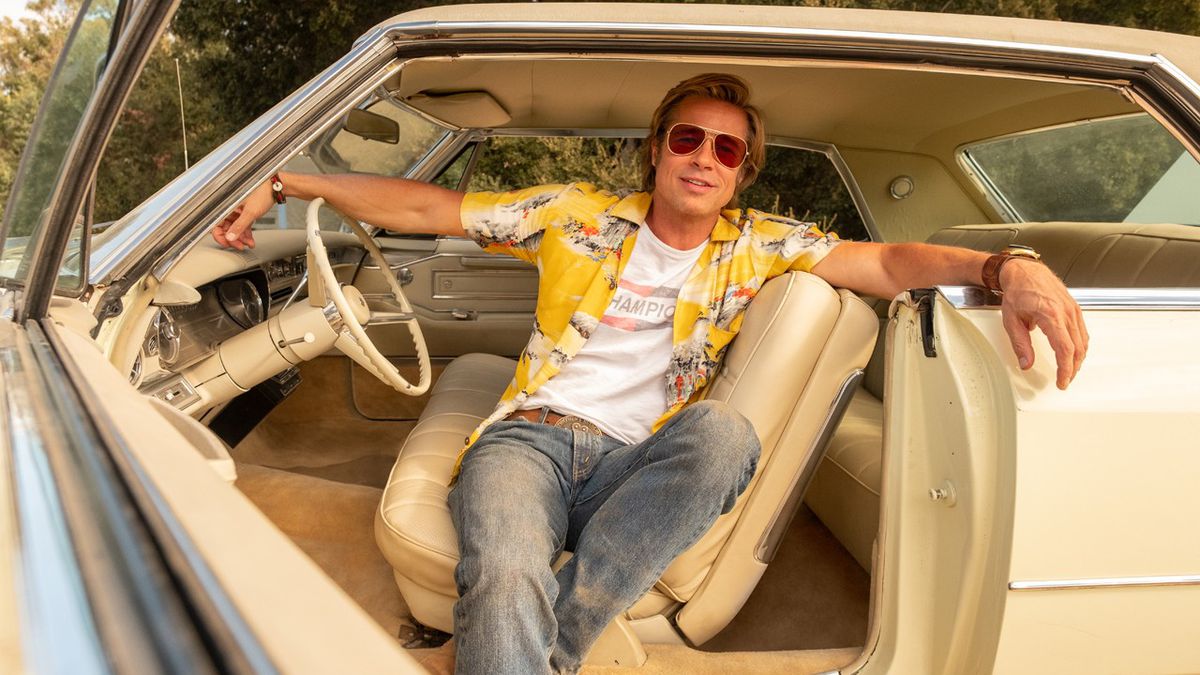 Jim Thompson, the renowned writer of such dark fictions as The Killer Inside Me and The Getaway, adopted a working aphorism for his narratives: “There is only one plot — things are not what they seem.” Once Upon a Time in Hollywood, Quentin Tarantino’s gratifyingly complex new trip through the pop-culture labyrinth, obviously subscribes to the same point of view. Whatever expectations we have for it are matched and then exceeded, but in ways we don’t always anticipate. In his ninth feature release, Tarantino’s ability to surprise has not deserted him.

The story of middle-aged movie-TV actor Rick Dalton (Leonardo DiCaprio) and his longtime stunt double Cliff Booth (Brad Pitt) — and how their adventures in and around the Hollywood entertainment industry in 1969 relate to the Charles Manson “family” and its murderous rampage through the same hills and valleys — brings a tantalizing new flavor to the Tarantino mystique: mature emotional perspective. It may well be Tarantino’s most romantic piece of work (alongside Jackie Brown) but it masks its melancholy nostalgia in a brilliant, baked-on coating of hyper-active triviality, drive-in-movie style. Rick is a weepy, self-pitying drunk with a worrisome smoker’s hack, trying desperately to hang onto a career that is rapidly sagging, from big-studio movie roles to guest shots on TV, almost always as the bad guy. When he’s not complaining about his lines, he’s contemptuous of the spaghetti western work he’s been offered in Italy. Rugged Cliff, the drinking buddy who takes onscreen falls and schleps suitcases for the “star,” is unfailingly loyal to Rick. Their bro-mantic relationship resembles the real-life camaraderie between Burt Reynolds and stuntman Hal Needham. Rick is quick with his mouth; Cliff is quicker with his fists. Pitt and DiCaprio, in the same film together for the first time, fit their parts like a well-worn pair of boots.

On their way around town — their car rides are brilliantly constructed, with world-class sound engineering and montage — Rick and Cliff witness all the follies of the era. As it turns out, Rick’s house on Cielo Drive in Benedict Canyon is next door to the home rented by filmmaker Roman Polanski (Rafal Zawierucha) and his actor wife Sharon Tate (Margot Robbie) — people whose real-life fates are all too well known. Cliff, the chick magnet, attracts the interest of one of the creepy Manson girls (Margaret Qualley). And so we see the two happy-go-lucky movie guys are on a collision course with the perpetrators of the crazed-hippie killings that shocked America. Or are they?

Tarantino’s rewrite of history is made up of hundreds, maybe thousands, of character riffs and sight gags. Starlet Tate is presented as an uncomplicated dreamer living the floating life, thrilled to just sit alone in a theater watching herself onscreen. The portrait of Manson by actor Damon Herriman is similarly hasty; in this scenario Manson is not the leading man. Tarantino paints his portrait of Hollywood in its last golden age as a rebellion of the overlooked and underappreciated. Led by Rick and Cliff, this marginal pair of pulp-movie pros, the B list vibe extends not only to Manson and his cult of adolescent killers, but to such incidental characters as Rick’s agent/producer Marvin Schwarzs (Al Pacino); George Spahn (Bruce Dern), the elderly owner of the Manson family’s movie ranch hideout; Trudi Fraser, a sagacious child actor (played by Julia Butters) who spins Rick’s head around; real-life action-flick star Martin Kove as a character on the set of Bounty Law; English actor Damian Lewis as Steve McQueen; and Kurt Russell’s Randy the stunt coordinator, in a typical cameo. In one especially lively scene, Cliff gets into a serious fistfight with martial arts legend Bruce Lee (played by Mike Moh).

From his very first films, Tarantino has delighted in casting cult-favorite, supposedly over-the-hill actors — Lawrence Tierney, John Travolta, Rosanna Arquette, Robert Forster, Jennifer Jason Leigh, et al. — in key roles, as a sign of respect. He finds value by going against the grain. The new pic doubles down on that proposition by putting that same type of fringe showbiz player up front, in the characters of Rick and Cliff. Tarantino is telling us that in this particular time and place, up is down and down is up and heroes and villains are not exactly who we might think they are. The effect is exhilarating and liberating. Make-believe is ultimately more rewarding than reality. And Once Upon a Time In Hollywood is one of the year’s best movies.