.Three Peaks: What Goes Up Must Come Down

Europeans on a mountain summer vacation tiptoe up to the abyss. 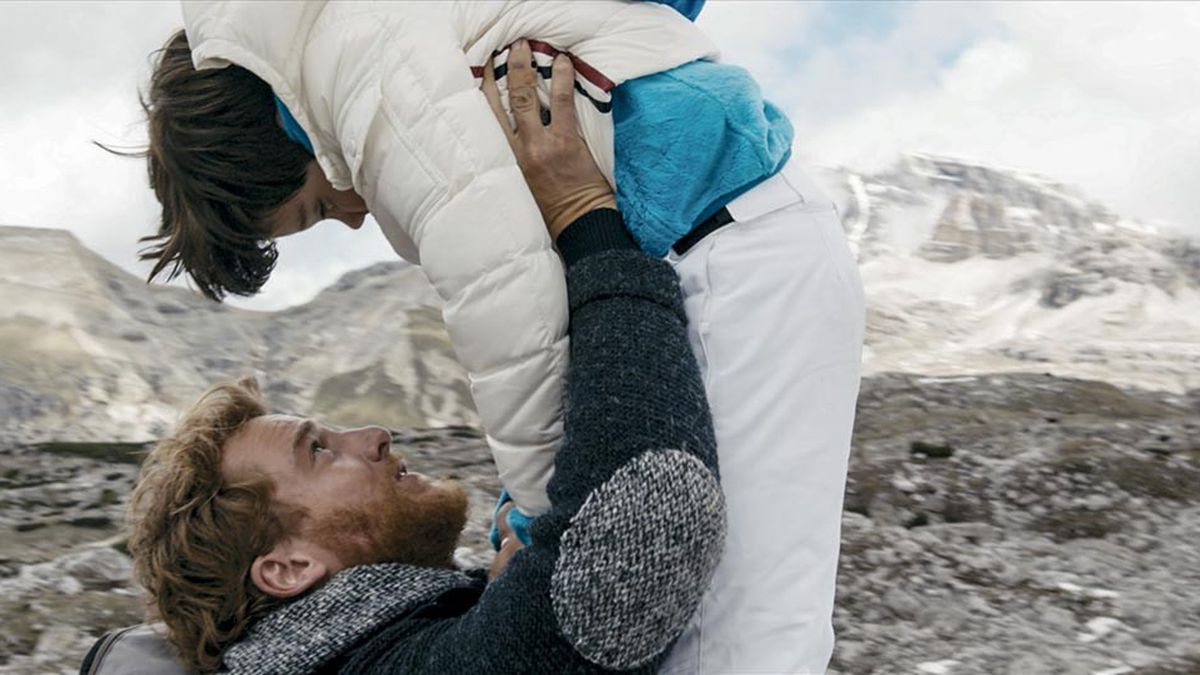 Jan Zabeil’s Three Peaks has all the hallmarks of a thoughtful contemporary drama on the subject of how difficult it is for people — particularly families with step-parents and the kids they inherit — to get along with each other. At least that’s what it’s about for well over half its 89-minute running time.

Amid the spectacular, rugged scenery of the Italian Dolomite mountains, an architect named Aaron (German actor Alexander Fehling, from Labyrinth of Lies) and his girlfriend Lea (Argentine international player Bérénice Bejo, from The Past) are summer-vacationing with Lea’s eight-year-old son Tristan (Arian Montgomery). Tristan, whose off-screen American father seemingly phones his son every ten minutes, is still trying to figure out if he likes his “stepdad,” two years into the relationship. Making it interesting is the fact that their secluded mountain cabin is a three-language household: Aaron mostly uses German, Lea favors French, and little Tristan, who can handle either language, would rather speak English. It’s your typical European tri-lingual family, agreeably huggy but still going through the growing pains of a relationship.

This being Europe — writer-director Zabeil is German — we surmise that the family’s routine of trimming trees and hiking might conceivably turn a bit sinister as it plunges on into the unknown. European artists are famous for taking a harmless but annoying, ostensibly touchy-feely character study — the type of film that infests American art houses every autumn — and injecting it with something poisonous, just to see what happens.

Bejo is an expert at conveying nervous domesticity. Fehling is stolid as an oak tree, but we can see he’s doing a slow burn. Juvie Montgomery is an ordinary spoiled kid. A hike up the misty, silent, impassive mountain does not go as planned. Three Peaks could have used better pacing. A touch of suspense would have been welcome. And the payoff is barely worth the wait. Don’t get your hopes up.&#8;

Previous ArticleTuesday’s Briefing: Oakland’s rate of homelessness is skyrocketing; Shooting shuts down a portion of Interstate 880