Two federal agencies are at odds over a controversial proposal to build a giant dam on the San Joaquin River — as residents who would be displaced by the dam gird for battle. 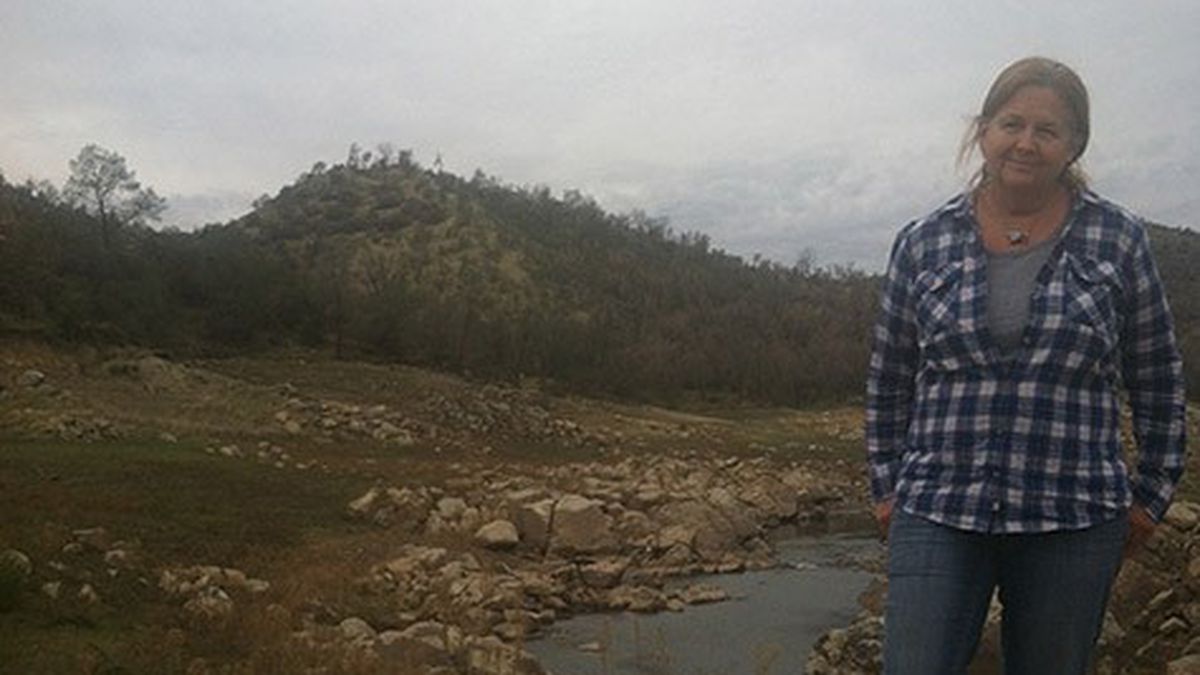 Early last year, four US Bureau of Reclamation officials came to Anita Lodge’s seven-acre property deep in the San Joaquin River gorge, 33 miles northeast of Fresno. They explained in careful detail the legal process by which the federal government forces people to abandon their homes to make way for new infrastructure. A childhood picture of Lodge’s mother, who is buried on the land, loomed over the kitchen table where Lodge served her guests freshly baked chocolate chip cookies.

If the state and federal governments construct Temperance Flat Dam, a roughly $3.3 billion undertaking sought for several decades by San Joaquin Valley agribusinesses, real estate developers, and Central Valley politicians, Lodge’s property would drown under 300 feet of water. The 665-foot-high dam, which would be the fifth tallest in the nation, is one of several proposed water infrastructure projects that have gained popularity during the state’s epic four-year drought.

But Lodge, 59, has no interest in leaving, nor do other family members who reside just down the road. Seven generations of the Lodge and Woody families have lived on their riverfront spread, which is part of a much larger homestead that Lodge’s great- great-grandparents acquired in the mid 19th century — most of which now resides in a federal wildlife reserve. For several summers in the 1950s, while Lodge’s father was building the house where she now lives, she camped out under the branches of a sprawling fig tree, listening to the roar of the river as raccoons nibbled on figs at the foot of her bed.

Whenever the government uses eminent domain to remove someone from his or her home, it’s required to provide one of equal market value. But Lodge rejects the idea. “How do you put a pricetag on something like this?” she asked during a recent interview. “The family history is something you can’t replace.”

Temperance Flat is one of four potential new dams or dam expansions that I profiled in the October 21 Express feature story “Damning California’s Future.” Besides the Lodge and Woody families, those who would be uprooted by these new dam projects include indigenous people, like the Winnemem Wintu tribe members, who lost roughly 90 percent of their land base when Shasta Lake, near Redding, was completed in the 1940s.

But Temperance Flat Dam is now also the subject of an interdepartmental battle within the US Department of Interior. The US Bureau of Land Management (BLM), which administers a 1,000-acre reserve surrounding Lodge’s property, proposed last year to make a six-mile stretch of the San Joaquin River part of the US Wild and Scenic Rivers system, which would make it off-limits to dam development.

Lodge is now one of the most vocal champions of the BLM proposal. “You’re not going to find a foothill watershed area that’s as pristine and unspoiled anywhere else in the state of California,” she said. “It’s just not there.”

The BLM’s proposal, and the possible fate of Temperance Flat Dam, is now in the hands of Interior Secretary Sally Jewell. Ronald Stork, river policy advocate for the environmental group, Friends of the River, is urging dam opponents to contact Jewell and ask her to support the Wild and Scenic Rivers designation, but he cautions that “the Bureau of Reclamation is accustomed to winning these kinds of battles.”

Over the years, environmentalists and other advocates have challenged the logic behind the dams proposed in California. Temperance Flat, in particular, has been “long regarded as one of the most crazy dam ideas in California,” Stork noted. That’s because the 1.26-million-acre-foot reservoir that would fill behind the dam would only expand the federal government’s capacity to deliver water by roughly 70,000 acre-feet in an average year, equivalent to 1 percent of its existing annual deliveries.

The reason is straightforward: Temperance Flat would be constructed just 6.8 miles upstream of Friant Dam, partially inside the back-end of 520,000 acre-foot Millerton Lake, which already impounds much of the Upper San Joaquin River’s available water supply. As a result, even though Temperance Flat would store lots of water, it would not add much to the state’s overall ability to ship water and would only be used to fulfill existing water rights contracts.

Dam proponents argue that Temperance Flat’s water would nonetheless be valuable in the driest parts of the year and in drought years, when California’s existing reservoirs have sported “bathtub rings” where water once was. But Stork notes that, in exchange for a relative pittance of water, the cost of Temperance Flat would single-handedly double the debt of California’s largest water system, the Central Valley Project, even as water recycling projects would yield far more water at the same price.

Moreover, the San Joaquin River has already sustained considerable harm from existing dams. Historically, the river was home to the southernmost salmon runs on the Pacific Coast of North America, with an annual Chinook salmon migration estimated at 200,000 to 500,000. But the bureau blocked the fish’s migration with the construction of Friant Dam in 1949. At the same time, a 60-mile stretch of the river running from Madera to Merced dried up except in high water years — a consequence of so many dams and diversions.

And many opponents of Temperance Flat assert that the project’s main function would be to provide an exorbitant taxpayer subsidy to San Joaquin Valley agribusinesses and developers, who continually advocate for a greater share of water from the Sacramento-San Joaquin River drainage — the source of about two-thirds of California’s developed water supply.

In late October, a spokesperson for the US Bureau of Reclamation wrote to the Express requesting a correction of my article’s characterization that the bureau’s lawyers had threatened Anita Lodge with eminent domain. But in a subsequent interview, bureau spokesperson Shane Hunt acknowledged that his agency does acquire property through eminent domain if landowners refuse to leave. “We have a general process where if a project moves forward, we will try to negotiate with a landowner over several phases,” he said. “After following those several steps, it’s possible you could end up in eminent domain proceedings.”

Lodge and the other San Joaquin gorge property owners are only some of the most recent state residents to have the federal government’s property acquisition specialists approach them as California readies for new dams. “Within the last decade, we’ve looked into undertaking a property acquisition process related to a dam project in Northern California,” Hunt acknowledged, although he declined to say what that dam project was or where these properties are located. Roughly ten years ago, the bureau relocated several property owners in the area that would have been flooded by the Auburn Dam on the Feather River, a project that was scuttled after it proved to be too geologically unstable to support a dam.

When I visited Lodge’s home in early December, she was in the midst of planting daffodils on her mom’s gravesite. Ironically, her 97-year-old uncle is a retired engineer who had a managerial role in several Army Corps of Engineers dam projects in the Pacific Northwest. “My mom never believed Temperance Flat could happen, because her brother always assured her it made absolutely no sense,” she said.