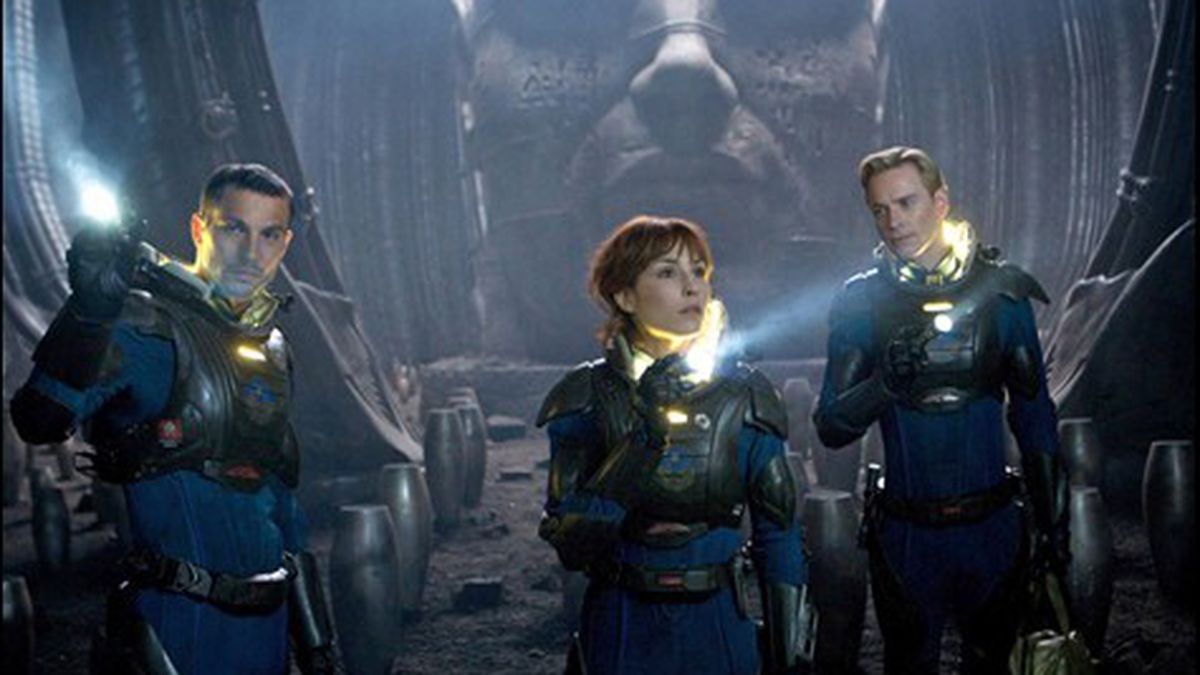 When an artist creates something memorable, there’s a powerful incentive to do it again, to keep mining that vein until he or she exhausts it, or until he or she finally “gets it right” to the artist’s satisfaction. So filmmaker Ridley Scott has a readymade excuse to revisit his epochal 1979 monsters-in-space pic, Alien — as if the built-in box-office appeal of that massively influential sci-fi franchise weren’t enough.

But that’s shortchanging Prometheus, Scott’s smashingly entertaining prequel to/spinoff of the original Alien story. Over and above its being the most heavily hyped tentpole release of the season, the adventures of the crew of the eponymously named spacecraft make for a spectacular and absorbing — if not exactly unpredictable — two hours at the movies, in the hands of one of the last great big-budget storytellers. It’s Scott’s most ambitious and satisfyingly fleshed-out film since Black Hawk Down.

Let’s boil down the story a bit. (Spoiler alert! If you want to be surprised by the plot points of Prometheus, please do not read this review until after you’ve seen the film.) I’ll try to preserve the surprise element by cutting to the chase in a general way. In 2093, on a distant planet to which an all-too-human crew of scientists and military types has traveled to investigate the origins of life on Earth, problems arise. The story elements are of a type utterly familiar to anyone who has watched a sci-fi flick in the last thirty years, up to and including the casting of Noomi Rapace — who played Lisbeth Salander in the Swedish version of the Girl with the Dragon Tattoo trilogy — as the headstrong, capable Sigourney Weaver-type female warrior of the piece.

Next to Rapace’s Elizabeth Shaw, the most intriguing crew member is David (played by Michael Fassbender), an android with a taste for old movies — he has modeled himself on Peter O’Toole in Lawrence of Arabia, right down to the carefully parted blond hair and mincing manner. From the beginning, we have our doubts about David’s motives. After all, he’s a cousin of HAL 9000 from 2001: A Space Odyssey. Prolific Fassbender, who’s seemingly in every third movie these days, turns in a wonderful performance as the deceptively deep robotic majordomo. We might even label him a doomed romantic.

The rest of the grunts and nerds on board play the old “who-goes-first” game with the requisite eagerness, particularly Idris Elba as plainspoken Captain Janek; unrecognizable Guy Pearce as Mr. Weyland, the expedition’s backer; Logan Marshall-Green as Charlie, Shaw’s boyfriend; and Charlize Theron (Snow White and the Huntsman) as greedy and imperious Meredith Vickers, the bossy bitch in contrast to Shaw’s uncomplaining trooper. Jon Spaihts’ and Damon Lindelof’s dialogue shines in their mouths. If the basic setup reeks of Avatar and 9,000 other asteroid operas, just remember it’s Ridley’s turf from way back. He got there with the mostest, if not exactly the firstest.

Narrative themes and philosophical tropes radiate out from Prometheus like spokes in a wheel. For instance, the popular human conception of heaven is revealed to be an outer-space ammo dump, not the seat of all wisdom in the universe. Veteran showman Scott isn’t quite in the Terrence Malick or Stanley Kubrick class when it comes to origins-of-the-universe grandiosity. As critics have pointed out, the Alien movies are more interested in gooey critters jumping out and yelling “Boo!” than wrestling with the concept of a supreme being. Prometheus‘ opening stanza with the “Engineer” and the waterfall is no way to begin such a rousing actioner — it comes across as even more gratuitously overwrought than the dinosaur scene in The Tree of Life or, so help us Jupiter, the climactic moments of 2001.

If Scott’s vision never quite reaches the heights of Blade Runner or the original Alien, it still contains enough wowie-zowie to do the job. Dariusz Wolski’s cinematography, Pietro Scalia’s film editing, the production design by Arthur Max, the art direction by a team of eight, Sonja Klaus’ set decoration (giant idol heads!), and the rich, evocative score by Marc Streitenfeld show the wonders of the brave old world to dazzling effect, and the story comes round full circle. The future is going to be hectic.