Taco Grill's taqueria fare is refreshingly no-frills, but its soups are exceptional. 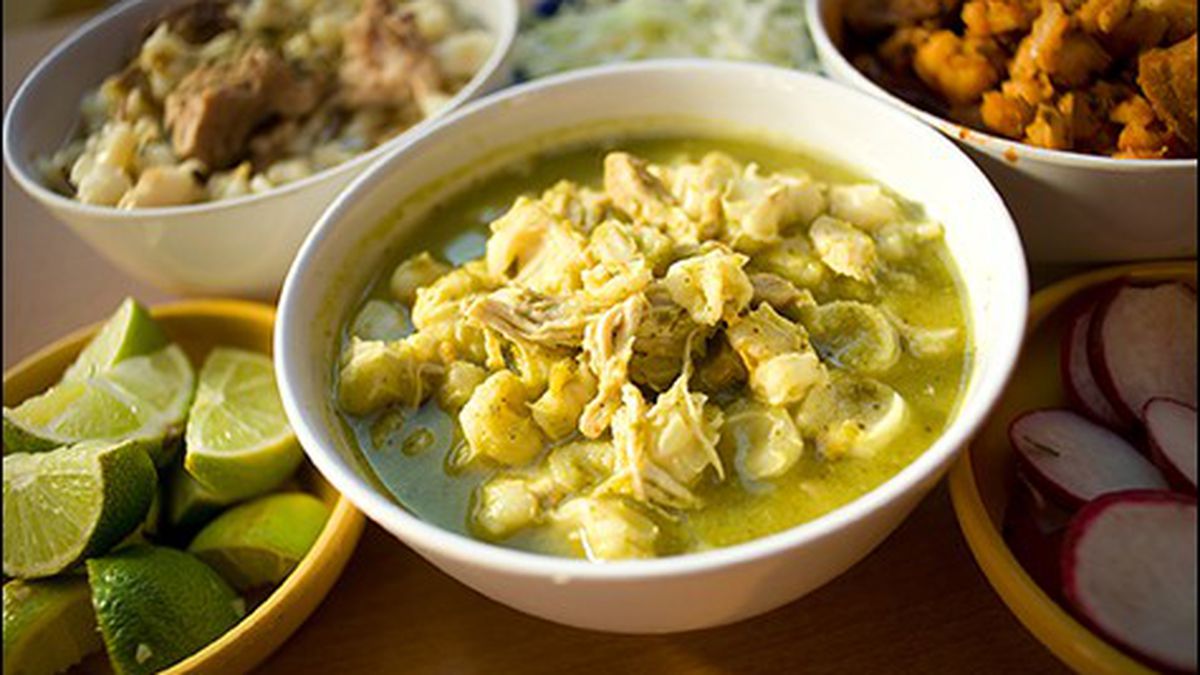 Among the small, independently owned Mexican restaurants in Oakland’s Fruitvale district, Taco Grill is probably the one with the most generic name. The restaurant attracts plenty of non-Mexicans — in part because of its prominent location in the Fruitvale Public Market, roughly kitty corner to the BART station. And the long signboard menu doesn’t, at first glance, look like it offers anything beyond standard fare: tacos, burritos, quesadillas, and your usual assortment of meats.

But don’t let that put you off. Truth is, ever since Leticia Chavez opened her restaurant in 2007, she has been serving, with little fanfare, some of the best Mexican food in Oakland — food that’s homey enough to please purists, but also wholesome enough to satisfy Slow Food types and the health-conscious.

There are two main ways Taco Grill sets itself apart: First, unlike many of the traditional Mexican restaurants in Fruitvale, the restaurant uses organic Niman Ranch pork and beef and Mary’s Free Range chicken. That said, unlike so many of the Bay Area’s bougier Mexican joints, the restaurant’s approach to cooking is refreshingly no-frills; there’s nothing frou-frou or fusion-y about the carnitas or the carne asada or the house-made Mexican chorizo. At $2 apiece, Chavez’s tacos are a tick more expensive than the ones from a taco truck — but just a tick. In that way, the restaurant straddles the line between conscientious ingredient-sourcing and the traditional down-home flavors you find at Fruitvale’s best loncheras and taquerias.

Chavez told me she didn’t decide to serve sustainable meats because it was a trendy thing to do, but simply because that’s what she grew up eating. Her parents owned a restaurant in Puerto Vallarta and her father had a ranch where he raised animals in keeping with the old-school ways. (We Californians sometimes act like we invented sustainable animal husbandry practices, but Chavez said it wasn’t until she came to the United States that she encountered hormone-injected meat.)

Taco Grill’s other distinguishing feature is the fact that it offers a wider selection of soups than any other taqueria I know of — at least a half a dozen varieties, each with its own distinct character. In particular, the restaurant specializes in the rich, meaty, hominy-laden soup known as pozole, marketing itself as a pozoleria in addition to being a taqueria.

Chavez makes three different kinds of pozole: a red one (infused with a mix of dried chiles), a green one (tomatillo-and-serrano-pepper-based), and a white one that’s just a clear broth. Actually, that’s six pots of pozole because there’s a pork version and a chicken version for each one — each slowly simmered with many bones for many hours. My favorite was the incredibly rich red pozole with pork, which came packed with hominy and tender (and decently fatty) shoulder meat. (The spicy green chicken pozole came in a close second.) As with pho, a bowl of pozole is only as good as its toppings — I loved the little plate of cabbage, onion, radish, Mexican oregano, and lime that you use to doctor up your bowl, adding as much crunch or acid as you like.

Chavez said she focuses on soups because she wants to show people that Mexican food is healthy — that it isn’t all greasy meat and melted cheese. You can see that philosophy at work in the clean-tasting caldo de res: a clear, deeply flavorful beef broth, which features slow-cooked beef shank and a load of wholesome vegetables: zucchini, cabbage, carrots, corn, and cilantro. It’s what I’ll order the next time I come down with a cold.

While the soups at Taco Grill are exceptional, many of the other items on the menu are merely pretty good. The handmade tortillas — made from organic masa — had a pleasant, honest corn flavor, but lacked the impossible lightness of the best exemplars of the genre, and weren’t served as warm as I would have liked. The one time I ordered a sope (a thick, fried masa cake), the masa was dense and gummy. In general, the masa-based items at Taco Grill never soared to the heights they reach at places that specialize in those dishes — say, El Huarache Azteca or Molcajete in Uptown.

That said, the tacos and other standard taqueria items are still worth ordering because of the quality of the meats — not just in terms of their provenance but also the care with which they’re prepared. I’m especially partial to Chavez’s slow-braised, satisfyingly savory carnitas and her crispy tacos, which come with fried-tortilla shells and your choice of three toppings: The chicken (thigh meat that’s braised in a tomato-chile broth) and the potato (big soft chunks, like from a stew) were both knockouts.

During my most recent visit to Taco Grill, I had a bowl of menudo that was chock full of tender, spongy beef tripe. The dark, murky broth was deeply and unapologetically organ-y, rich with the subtle heat of dried pasilla peppers and a vaguely medicinal quality. It was a funky dish — definitely not for everyone. Taco Grill is the kind of place that isn’t afraid to serve a dish like that. But it’s also the kind of place where, during another visit, I watched a pair of older hippies chow down on whole-wheat vegetarian burritos with great delight. It’s trite to say a restaurant has “something for everyone,” but as far as casual taquerias go, Taco Grill comes close — something for everyone, unless you absolutely have to end every meal with dessert.

Then again, Taco Grill’s prime spot in the Fruitvale Public Market means the restaurant sits just steps away from the Nieves Cinco de Mayo ice cream shop and my favorite little churro stand, where $3 will buy you a few minutes of piping-hot, caramel-filled, fried-dough happiness. That’s an unhealthy indulgence, to be sure — one that I justify by thinking about the wholesome bowl of soup I just ate for dinner.