Whether you’re talking Taiwanese popcorn chicken, herb-stuffed Caribbean birds, or the double-fried and gochujang-tossed goodness known as “KFC,” there’s no question: Oakland’s international fried-chicken scene is on the rise.

The latest newcomer is Abura-ya, a pop-up that specializes in the Japanese style of fried chicken known as karaage. The restaurant — whose name means “oil shop” in Japanese — has been popping up four nights a week at Garden House (380 15th St.), a salad-centric lunch spot in Downtown Oakland. 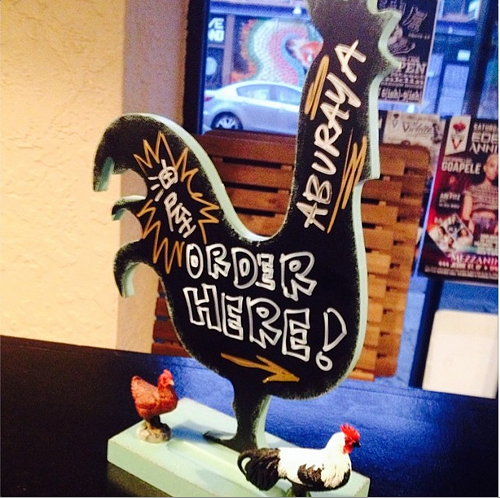 Prior to their current collaboration, the trio behind Abura-ya — Adachi Hiroyuki, Angelo Hernandez, and Rodrigo de la Reza — had rolled rice balls together at San Francisco’s Onigilly. Later, Hiroyuki was doing a solo pop-up series called Adachi’s Happy Izakaya Hours when he hit on the idea of doing a fried chicken restaurant.

“Fried chicken is a very popular food in the United States,” Hiroyuki, a native of the Kobe region in Japan, said. “I wanted to do it with Japanese flavors.”

At Abura-ya, Hiroyuki marinates pieces of boneless, skinless chicken thigh in sake and shio koji (mold-inoculated rice that’s mixed with salt and water and allowed to ferment) — an increasingly trendy ingredient because of its meat-tenderizing properties and the jolt of umami it provides. After an overnight soak, the chicken gets tossed in a cornstarch batter before it’s fried. 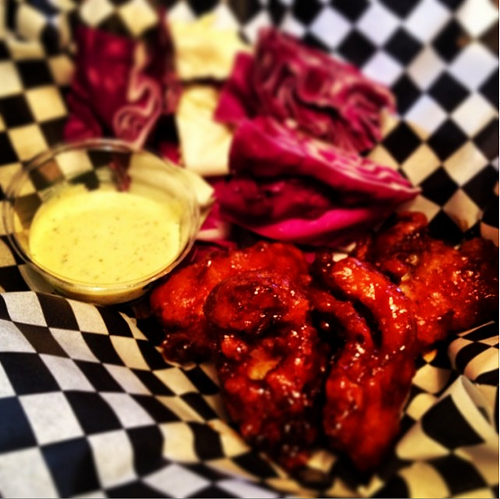 Customers pick among six flavors: three “wet” (ginger-agave teriyaki, orange aioli, and Japanese barbecue sauce) and three dry (sansho-sea salt, shichimi salt, and miso garlic). Each order ($6 for four pieces, $11 for eight) comes with a side of fresh-cut vegetables and miso ranch dressing. And because the karaage batter is cornstarch-based, most of the flavors are gluten-free.

The restaurant also serves fried chicken “sliders,” served on crispy rice buns, and a variety of izakaya-style small plates: yaki onigiri (baked rice balls brushed with teriyaki sauce), seared beef with yuzu-sesame ponzu, and a variety of salads. For vegetarians, there are vegan “drumsticks,” fried tofu, and a handful of vegetarian/vegan appetizers.

Although this type of food is meant to be washed down with plenty of beer and sake, the restaurant doesn’t have a liquor license yet. Hiroyuki said the pop-up will give away free sake sangria for the next few weeks, and customers are welcome to BYOB.

For now, Abura-ya is a cash-only business. Current hours are Thursday to Sunday, from 6 to 10 p.m. — or until the last order of karaage gets sold.