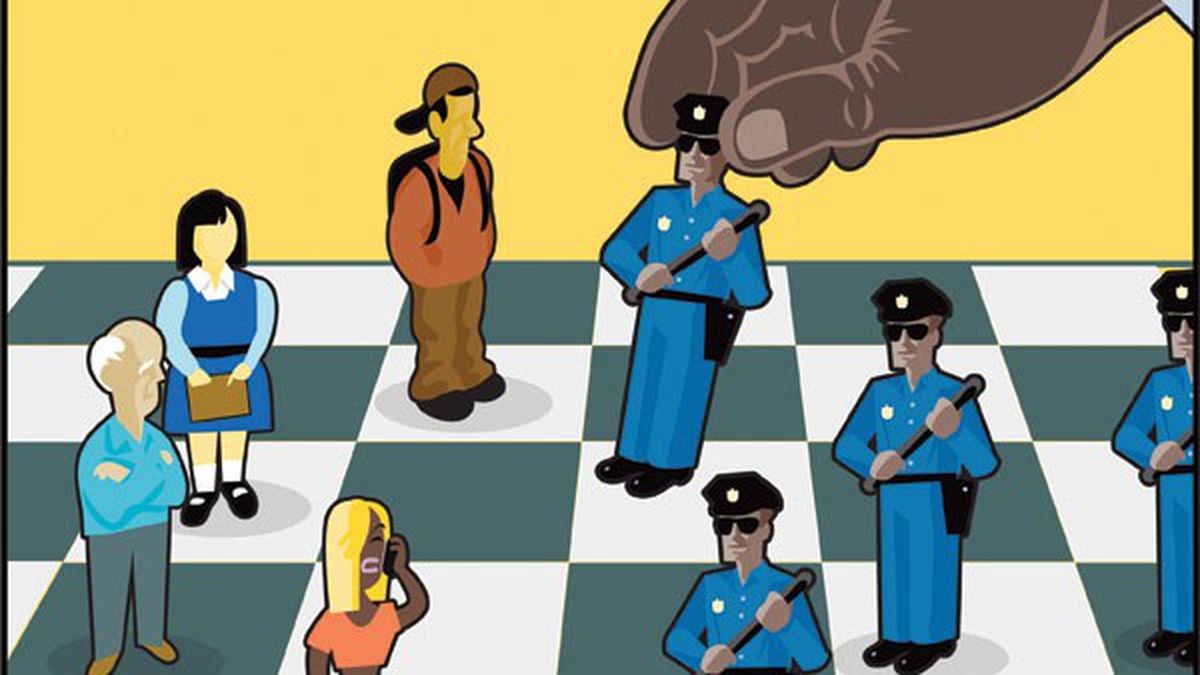 Police Work Is the Solution

After just a few months on the job, Oakland Police Chief Anthony Batts believes he understands his department's shortcomings and knows how to fix them.

When Mayor Ron Dellums selected Anthony Batts to take over Oakland’s troubled police department earlier this year, the longtime Long Beach police chief instantly became the city’s best hope for finally putting a dent in crime. Batts’ record of reducing violent crime in Long Beach, a city with similar demographics to Oakland, was impressive. So was his ability to improve the department’s relationship with the community. But in Oakland, the brainy new police chief will have to call upon all of his considerable skills because he’s taken on one of the toughest jobs in law enforcement.

In a wide-ranging interview last week at the department’s downtown headquarters, Batts acknowledged some of the difficult problems he faces. For example, it’s widely believed that a significant portion of Oakland’s violent crime, including its high murder rate, involves criminal gangs battling for control over the East Bay’s illegal drug trade. But Batts said that when he asked for more data on the criminal gangs, he quickly realized that the Oakland Police Department knows very little about them. “We have no gang unit or narcotics unit,” he explained. The units were disbanded several years ago, following a series of scandals.

Batts said that although some officers possess intelligence on criminal gangs in specific geographic areas, the department lacks vital information on how drug enterprises throughout the city interact and fight with one another. As a result, when a gang member is murdered in one part of the city, investigators often have no idea why that person was killed and thus can’t prevent the retribution killings sure to follow.

The chief also believes that the criminal drug gangs operate in networks that extend beyond the city limits. So he has been talking to San Francisco’s new Police Chief George Gascon and other Bay Area chiefs to combat criminal drug gangs on a regional scale. Batts said that in the coming months he plans to reconstitute Oakland’s drug and gang task forces as part of an effort that also will involve federal agencies, such as the Federal Bureau of Investigation; the Drug Enforcement Administration; and the Bureau of Alcohol, Tobacco, Firearms, and Explosives. “The people involved in criminality don’t look at borderlines,” he said, adding that the department’s new mantra will be fighting “drugs, guns, and gangs.”

Batts also acknowledged internal reasons for why Oakland’s crime rate is so high. Among them is the city’s striking inability to solve crimes. In recent years, the city has had one of the worst records for arresting and convicting criminals in California. Batts said there is no doubt that Oakland needs more detectives, particularly homicide investigators, if it’s going to turn around that trend. “We have backlogs that are humongous in this department,” he said. “We simply don’t have the people to deal with it.”

The new chief said that based on Oakland’s crime rate and population, the department should have well over 1,000 officers. Currently, the force stands at just below 800 cops. By comparison, San Francisco, which has exactly twice the population of Oakland, employs about 2,000 officers, Batts noted. San Francisco employs about one police officer for every 404 residents, where Oakland employs about one for every 505 citizens. And that doesn’t take into account Oakland’s significantly higher crime rate.

But Batts realizes that, for now, he’ll have to make do with the force he has because of the city’s massive budget problems. He also plans to conduct a thorough analysis of workloads to make sure he’s using his officers effectively. For example, he said that some officers in high-crime areas of East and West Oakland are severely overburdened, while some of those working in others sections of the city are not. However, the department evidently lacks the computer systems necessary to make an accurate assessment of how to deploy resources. In light of the city’s projected $10 million deficit this year, and $25 million budget hole next year, Batts said he plans to seek outside grants to pay for the systems he needs.

The chief also plans to open up the department to academic researchers and turn it into a laboratory for crime-fighting best practices. Batts, who has a doctorate in public administration, said researchers from Harvard, including his friend Anthony Braga, a senior research associate and lecturer at the university, will begin studying OPD in 2010, and will be joined by academics from other major institutions to devise recommendations for improving the department.

Batts said he is assembling a strategic plan. He hopes to have a draft ready in late January or early February that will include results of a phone survey with Oakland residents on their perceptions and interactions with the department. He said he wants to complete the plan by late April or early May.

Although the results of the phone survey won’t be available until next month, Batts believes, based on anecdotal information, that Oakland residents have some serious misgivings about their police force. He said he has already heard numerous complaints about exceedingly slow response times, particularly on burglary calls. He said the department simply doesn’t have enough cops to respond to all calls quickly, but hopes that once he has the analytical systems in place, he will be able to deploy officers more efficiently.

Still, Batts believes the department’s lack of responsiveness contributes to its problems by leading people to believe that Oakland police officers are ineffective. As a result, they’re less likely to call police and report crimes or cooperate as witnesses. “If the community doesn’t see the police department as legitimate, then they tend not to give you leads,” he said. That not only makes it much tougher for the department to solve crimes overall, but it also means that residents will be less likely to tax themselves to hire more cops, leaving the department understaffed and ineffective.

Of course, many of Oakland’s minority residents don’t trust the police because of racial profiling and officer-involved shootings. Batts believes that racial profiling is related in part to the department’s lack of effective computer-analysis systems. Because the lag time between data collection and data analysis can be several months, officers tend to resort to profiling techniques to catch criminals. If the department, for example, knew that a certain drug house was a hotbed for crime, it could zero in on that location and depend less on capturing criminals by pulling motorists over for minor traffic violations — and thus reducing the harassment of innocent people.

Batts said he reduced officer-involved shootings significantly in Long Beach by training officers to avoid unnecessarily dangerous positions. “It’s all about not putting yourself in a position where you have to shoot people,” he explained. “You take your time; you slow down. Instead of chasing a bad guy into an alley where you end up having to shoot him or he shoots you, you slow down, call for backup, and set up a perimeter.”

The new chief believes he can forge a better relationship between the department and the community and work with community leaders to help address the root causes of crime. He also plans to work more closely with other city leaders. So far, he said he’s been particularly impressed by the mayor’s passion for dealing with crime. “One of the reasons I came here was because of that man,” he said of Dellums. “That man cares a lot about this community.”