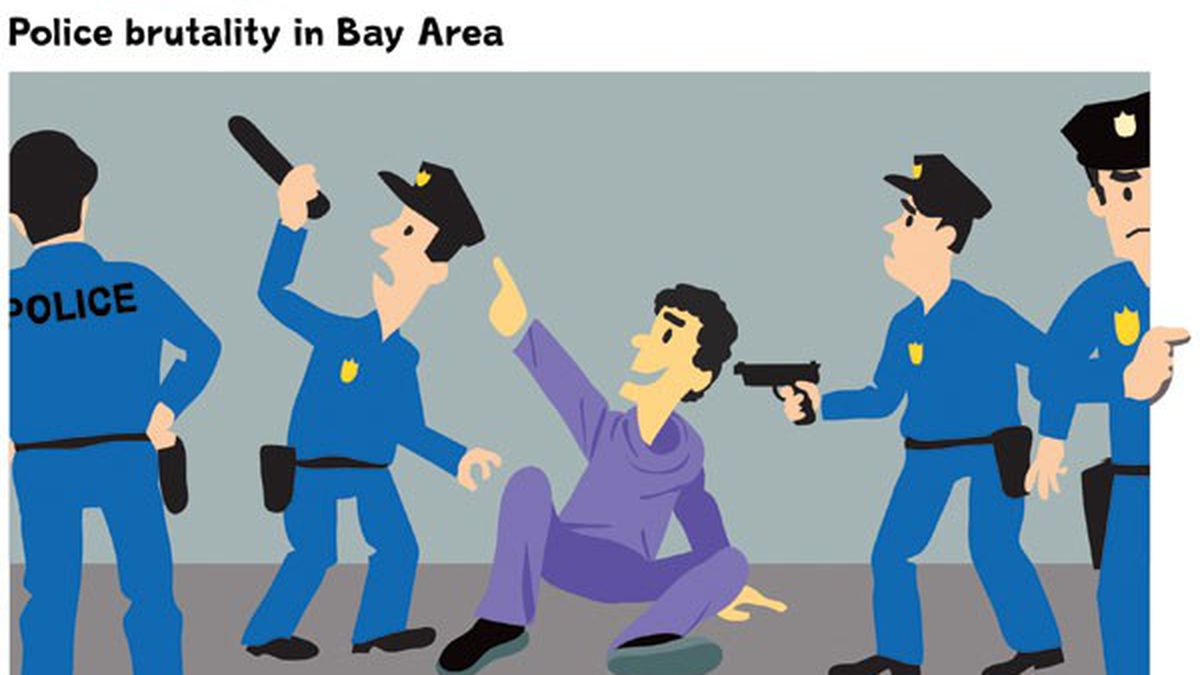 Lil Brother is Watching You

How cell phones and YouTube are changing the media landscape.

The biggest local news event of 2009 happened on the first day of the year, and it didn’t break in the traditional way. In fact, the murder of Oscar Grant hit YouTube before any reporter got to the story. It hadn’t been written about, but it already had been documented — instantaneously — on people’s cell phones, uploaded to the web, and made available to anyone with an Internet connection. Journalists and law enforcement had to take the cell phone footage into account as they recounted the story, days later. Local periodicals repurposed it on their web sites. And throughout the year, this same thing would happen again and again, as with the videotaped shooting of a protestor in Iran and the beating of Chicago high school student Derrion Albert.

Unquestionably, it was the year of the cell phone and the YouTube video, both as a form of watchdog journalism and as purveyors of gore porn. Cell phone gawkers captured footage of shootings, the Richmond gang rape, and car bombs in Baghdad. They snapped photos of accidents, crime scenes, and bloodied victims, then uploaded them onto the web. They generated moral opprobrium that eventually led to legislation from Democratic state Assemblyman Pedro Nava of Santa Barbara, who wants to hold such witnesses accountable when they don’t report a violent crime. At the same time, they enabled a new form of atomized media that allows everyday people to break stories that used to be the sole property of journalists. You can be completely illiterate and still capture the story of the year on your video cell phone. In that sense, new technology is a class equalizer.

It’s a triumph of justice and of the oral tradition, said Bay Area author Cecil Brown. “A policeman was charged with murder,” Brown said, in reference to the Oscar Grant video that rocked the nation. “It’s very hard to prove police brutality by simply writing about it.” Brown traces this type of witness journalism back to the Rodney King beating of 1991, another instance in which a bystander videotaped an apparent instance of police brutality.

But there were crucial differences between the case of Rodney King — a story still filtered through the mainstream media — and the case of Oscar Grant. Only one video of the Rodney King beating exists, shot from a distance by George Holliday, who wound up giving it to TV station KTLA. In the Oscar Grant case, multiple videos leaked, despite police efforts to confiscate cell phones at the crime scene. In fact, as Brown noted, YouTube documents the shooting from several different perspectives. “Someone had videoed from the eye level of Oscar Grant,” he said. “Someone else videoed from another position, and someone videoed from the train.” More importantly, the murder of Oscar Grant — and its aftermath — happened in accelerated motion. Whereas it took a full year and a not-guilty verdict for denizens of Los Angeles to launch a violent uprising, the Oscar Grant riots happened within one week of the shooting. In one video of the shooting, you can hear people in the background yelling, “Put it on YouTube!”

But Oakland Police spokesman Jeff Thomason notes that video evidence can help law enforcement as well. “We’ve used a lot of YouTube video to identify people who were vandalizing police cars, violating orders to disperse, or breaking objects,” Thomason explained, adding that a robbery suspect recently turned himself in after he was caught on camera at an ATM machine. “The picture was clear as day,” said Thomason. “And he was a Three Striker.”

Nonetheless, Thomason argues, watchdog videos usually present incidents out of context, often in a way that besmirches law enforcement. Take the August 6 cell phone video of an A’s game tasing, which circulated widely in the local media (including EastBayExpress.com). In the video, police used tasers to subdue a belligerent man who thumbed his nose and told them to get away. Onlookers screamed in the background. “Did they get the behavior beforehand?” Thomason asked. “A little bit, but not everything. My job is to explain what happened, what that fan was doing, and that it was within policy.”

What such incidents underscore, Thomason notes, is that these days cops have to assume that there’s a camera on them at all times. Perhaps that’s a good thing. Call it a system of checks and balances, to prevent the abuse of power and curb reprehensible behavior.

But sometimes, the bearers of cell phones are reprehensible in their own right. The most famous instance would be the November gang rape of a fifteen-year-old Richmond girl. The gawkers who videotaped the event on their cell phones further victimized her, rather than helped her. In fact, perpetrators of crimes often videotape themselves just to get a day or two of fame and a few thousand hits on YouTube before they are apprehended (e.g., the eight Florida teens who kidnapped and beat up seventeen-year-old cheerleader Victoria Lindsay, but got arrested before they could savor their newfound Internet fame). Then there’s the fetish aspect.

Type “accident footage” into the YouTube search engine and you’ll drum up amateur footage of head-on collisions, skateboard tricks gone awry, plane crashes, and first responders dragging bodies from the wreckage. While testing the video application on his HTC mobile phone, user C Butters caught footage of a Volkswagon that burst into flames at an intersection. The 53-second video — called “Car on Fire!”— shows firemen arriving at the scene, while Butters circles the accident in his own vehicle. “Wow, an old bug is completely on fire. Incredible,” he says in the voiceover. A 38-second video posted by HungryShark in 2007 shows a skateboarder scrubbing on a rail and mangling his arm. (Fittingly, it’s titled “Oh Shit, Oh Shit!!!”) “Hood fights” constitute their own genre altogether. In these clips — which seem to grace YouTube with relative impunity and often garner more than a million hits — show people socking, kicking, and verbally abusing each other. One posted last week (“Main and Colden Hood Fight”) shows two women getting beat up simultaneously. Another (“Girl Fight”) shows the aftermath of a fight at Club Barrio: A woman with blood all over her face issuing threats to the girl who ran away.

Brown describes such footage as a kind of “trophy” that proves you were there. The problem is that if you stand by and film, you automatically become part of the crime scene. And most cell phone videographers are smart enough to know that. Midway through his 45-second video, the cameraman for “Main and Colden” says, “As soon as the cops come, I’m gone!”

YouTube polices itself to a certain degree, with guidelines about pornography, defamation, humiliation, gratuitous violence, underage substance abuse, or other visual shocks. But — like any social networking site — it’s largely based on trust and on user’s abilities to call each other out. Assemblyman Nava objects to that form of democratized media, since it allows people to bypass police procedure and release criminal evidence straight to the web. In 2008, he introduced Concurrent Resolution 106, which would force all social networking sites to stand by their terms of use and curb violent or inappropriate content. His new legislation would have brought criminal proceedings against all witnesses of the Richmond gang rape and even the Oscar Grant murder witnesses who uploaded their footage to YouTube rather than turned it over to the cops.

Such are the perils of democracy. Cell phones and Internet sites have created a new media universe that isn’t governed by moguls. They’ve destroyed some of the old power relations that determined who could assemble a story and how it could be delivered. On the flip side, they’ve also given us more freedom than we can handle. Indeed, there’s a certain anonymity in posting a video — or commenting on one — that the old format wouldn’t allow. Old-school journalists have bylines. They source facts. They’re bound by rules of accountability. In contrast, users of cell phone technology often blur the line between documenting a behavior and participating in it. At the end of the day, it’s hard to tell whether these new media technologies are utterly exploitive or utterly revelatory. Perhaps they’re a little of both.

Corrections for the Week of March 12