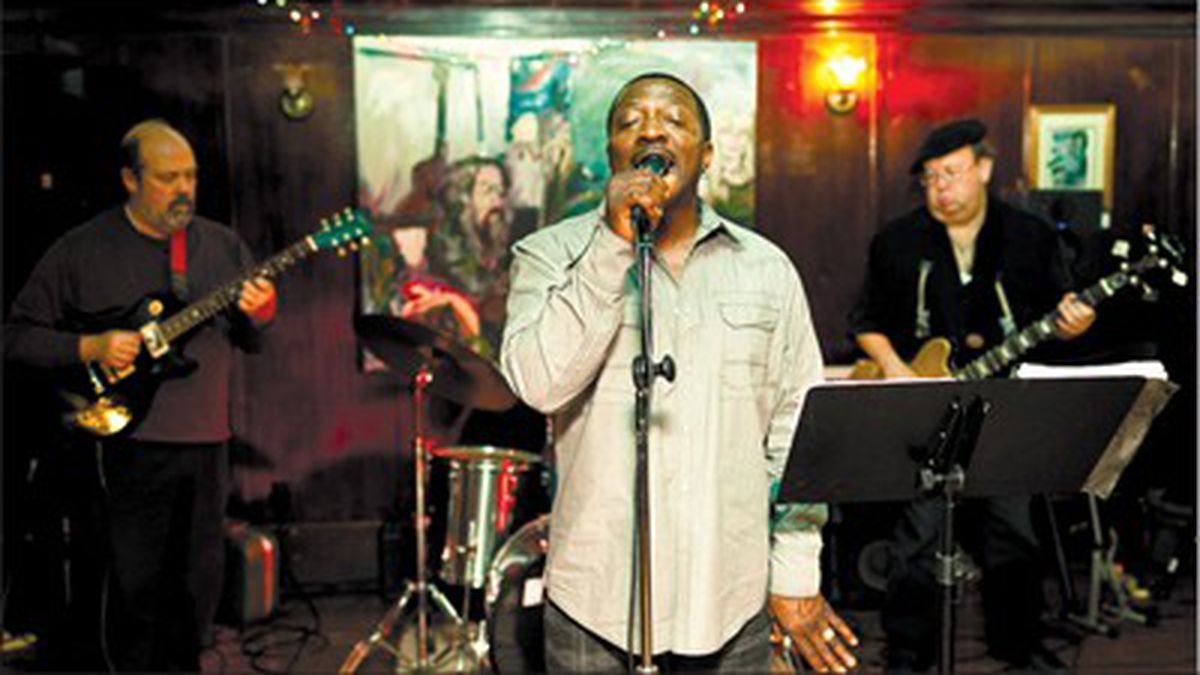 Point Richmond is one of the East Bay’s historical gems. The town center has a Faulknerian feel with its 19th-century brick buildings and public square. In fact, most of the business district is on the US National Register of Historical Places. A former railroad town with a bawdy reputation, there was a time when bordellos did a brisk business just a few doors from the town jail. These days, Point Richmond has managed to blend its rich past with a contemporary liveliness. There are several art galleries, restaurants, a day spa, and, during warmer weather, the center frequently hosts public celebrations.

A good example of this blending of epochs is The Baltic (135 Park Pl., 510-237-1000, BalticJoint.com), which specializes in German food and on weekends turns into a live jazz club. First built in 1904, the interior is crowned by a voluptuous 19th-century back bar that was salvaged from the wreckage of the 1906 earthquake. Amidst the dark-wood nostalgia, there are regular art showings associated with the local gallery, Refined by Fire. There’s a good selection of beers, and the menu has the prerequisite strudels, bratwursts, and spätzles — all at reasonable prices. The Jägerschnitzel, sautéed pork lion in a mushroom sauce and spätzle, is a tasty choice.

Just across the square is Kao Sarn, Point Richmond’s culinary jewel (130 Washington Ave., 510-233-8585, KaoSarnThaiCuisine.com). Kao Sarn is busiest at lunchtime when Point Richmond fills with employees from the surrounding industries. In the evenings, the atmosphere is more relaxing in the cozy dining room with its warm lighting and pleasant service. The menu relies on fresh, well prepared ingredients. The seafood dishes are where the restaurant shines. Try the jumbo grilled prawns with asparagus, mushrooms, and topped with a classic peanut sauce. The panang beef may be the best in the East Bay.

Pikanha’s (25 West Richmond Ave., Richmond, 510-237-7585, Pikanhas.com) is the East Bay’s only churrascaria, an all-you-can eat affair where implacable waiters shave nearly a dozen rotating meats onto your plate until you’ve had your fill, and possibly a bit more. Just across the street is vegan restaurant Symphonie (199 Park Pl., Richmond, 510-236-2118), a cousin of Golden Lotus in Oakland. Both opened at about the same time on the same block, a lesson in diversity if ever there was one.

For the classic local pub experience, the Up & Under Pub and Grill (2 West Richmond Ave., 510-778-1313, TheUpandUnder.com) has a relaxed atmosphere. With its rugby-themed interior and neighborhood appeal, the Up & Under makes a good destination for families, weekend athletes, or bicyclists touring the Bay Trail. The menu ranges from full-plate meals for the “hungry rugger” or smaller portions for the “little ruggers.” And for a pub, there’s a fairly extensive wine selection. In the spirit of competition, the Up & Under has a standing challenge of a free meal for anyone who can completely consume the 1.5-pound Scrum Burger with fixings ($32.95) in 45 minutes (only two people have beat the challenge in two years).

Near Point Richmond, BoilerHouse Restaurant (1414 Harbour Way South, 510-215-6000, BoilerHouseRestaurant.com) is a waterfront hideout with a contemporary interior design in the heart of a historic location. It’s situated in the old Ford Assembly Plant, which at various times assembled Model Ts, military jeeps, and tanks. The interior makes the most of this industrial history to create a contemporary steel, stone, and wood design. On weekdays, check for specials like Crispy Fried Thursday for buttermilk-battered, deep-fried chicken with collard greens and mashed potatoes with gravy.

Rising Rents and Evictions in Alameda Get Attention of City Council

Asghar Farhadi’s The Salesman Closes the Deal with Style