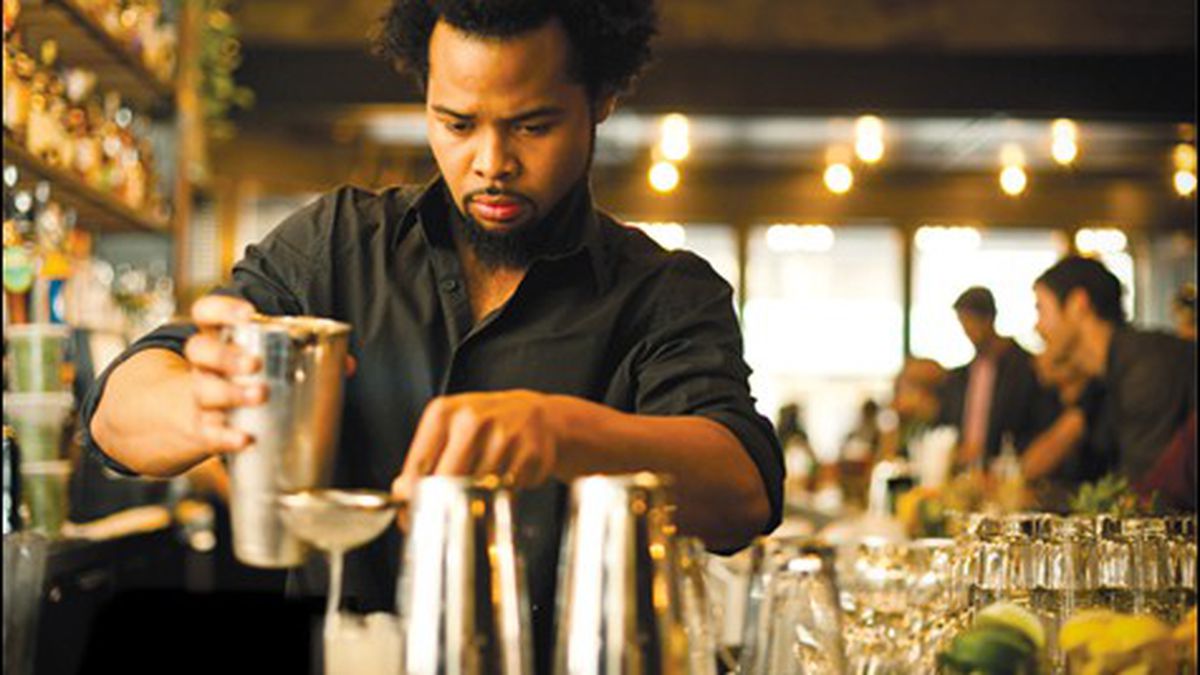 How and where to get your drink on.

You’d pretty much have to be blind, deaf, illiterate, and completely oblivious not to notice what’s been underfoot of late with the East Bay’s nightlife scene, but it bears repeating: We now have a serious embarrassment of riches when it comes to bars. What this means is that while there was a time not long ago when anyone in search of serious nightlife — or, for that matter, any cocktail more complex than a PBR and a shot — had no choice but to head over to San Francisco, the East Bay now has so much to offer, both in terms of volume and variety, that none of us has any excuse to cross a bridge to drink.

Among this new school of Oakland nightlife, perhaps the highest-profile is the cluster of new bars and clubs in Uptown, all of which share an upscale feel, a commitment to quality — and packed-to-the gills attendance every Friday and Saturday night, if not the other five days of the week. The newest of these is Plum Bar (2216 Broadway, Oakland, 510-444-7586, PlumOakland.com) — which opened in November and which acts as a low-key, earth-toned, more alcohol-oriented analogue to its namesake restaurant next door — but it’s certainly not alone. Over the course of the last and a half or so, the neighborhood has seen no fewer than six upscale bars and clubs move in: Make Westing (1741 Telegraph Ave., Oakland, 510-251-1400, MakeWesting.com), a cavernous, industrial-looking, unpretentious bocce bar with killer gimlets; Bar Dogwood (1644 Telegraph Ave., Oakland, 510-444-6669, BarDogwood.com), a self-professed “spirits-driven meat sanctuary” that slings charcuterie plates and lovingly mixed cocktails to an upscale, inordinately attractive after-work and date-night crowd; The Punchdown (2212 Broadway, Oakland, 510-251-0100, PunchDownWine.com), a romantic, red-toned wine bar carrying only organic and all-natural wines; The Layover (1517 Franklin St., Oakland, 510-834-1517, OaklandLayover.com) , a lounge, music venue, and bar known as well for its comfy couches as for its packed dance floor; Bar Three Fifty-Five (355 19th St., Oakland, 510-451-3355, 355Bar.com), a narrow bar and nightspot with vintage décor and well-loved weekend dance nights; and another hybrid venue, Disco Volante (347 14th St., Oakland, 510-663-0271, DiscoVolanteOakland.com), which boasts gorgeous art-deco design, unfathomably delicious dinner, lunch, and late-night food menus, and live music several nights a week. All told, you can probably stand at any given spot in Uptown and be no farther than 500 feet from an artisan cocktail and a sleekly designed lounge; cheers.

But the new fascination with urbane, upscale drinking isn’t just relegated to Uptown: After an extensive renovation, well-loved Lakeshore bar Easy Lounge (3255 Lakeshore Avenue, Oakland, 510- 338-4911, Easy510.com) reopened last month with a brand-new, picnic-inspired design; a kitchen; and a retooled bar menu rife with drinks like the Love Spell (“Redemption High-Rye Bourbon, Orchard apricot liqueur, and homemade fruitcake bitters,” $9); in its new state, it’s already become both a neighborhood favorite and a destination bar for anyone seeking a well-lit, low-key alternative to the downtown bar scene. And meanwhile, Emeryville’s experiencing a resurgence as well, having seen the opening of two new cocktail bars in the past three months. The slightly older of the two is The Prizefighter (6702 Hollis St., Emeryville, PrizefighterBar.com), which occupies the space vacated by Kitty’s and was founded by a group of veterans from the San Francisco bar scene. Last month, it was joined by Honor Bar (1411 Powell St., Emeryville, 510-653-8667, HonorBar.com), another retro-chic, detail-oriented watering hole already popular with locals as well as Emeryville office workers.

And for those who have no idea what rosewater syrup is, or to whom the term “artisan cocktail” sounds like a contradiction in terms: never fear. Beloved dives like The Kingfish, The Ruby Room, The Graduate, Missouri Lounge, Kim’s Backyard, and Merchant’s Saloon are very much alive and well, as dark and sweaty and dirty as ever. So are the group of beer bars and brewpubs that popped up during the Bay Area’s beer renaissance of the past several years, chief among them The Trappist (460 8th St., Oakland, 510-238-8900, TheTrappist.com), which pours authentic Belgian-style beers in an unaccountably adorable Old Oakland Victorian; and Beer Revolution (464 3rd St., Oakland, 510-452-2337, Beer-Revolution.com), which, with its sun-soaked front patio, Clash-heavy soundtrack, and winsomely bleachy smell, acts as something of the rebellious younger brother to its slightly more refined neighbor a few blocks north. Whichever you prefer, both offer hundreds of beers on tap and in bottles, and a staff that’s more than willing to help you sort through them all. They were joined in 2011 by Elevation 66 Brewing Company (10082 San Pablo Ave., El Cerrito, 510-525-4800), a family-friendly brewpub in under-trafficked El Cerrito that offers six house-brewed beers on tap at a time.

And moreover, all these places are now being joined by new bars that occupy the space between sweat-soaked dive and schamncy cocktail palace. For one, Vitus (201 Broadway, Oakland, 510-452-1620, VitusOakland.com), which opened last fall in the Jack London District, hits the sweet spot by combining dramatic, bordello-y décor and a fancy sandwiches menu with bank of pinball machines and an intentionally unfussy drinks menu — or rather, no drinks menu at all, just your standard wells and several beers on tap. Berkeley’s Acme Bar and Albany’s Hotsy Totsy Club both pull the same, trick, but backwards, balancing understated neo-dive décor with newly revamped but never-pretentious cocktail lists.

And that’s not even the end of it: Several new bars are set to open in the coming months, the most buzzed-about among them being The District, an East Bay offshoot to the popular San Francisco wine bar of the same name set to open in Old Oakland, and The Night Light, which is slated for sometime this spring in the Jack London District. Seriously, East Bay: If you’re not drunk right now, you’re doing something wrong.

Love in All the Thong Places

Best Benefit Concert Series: Most idealistic use of teenage energy