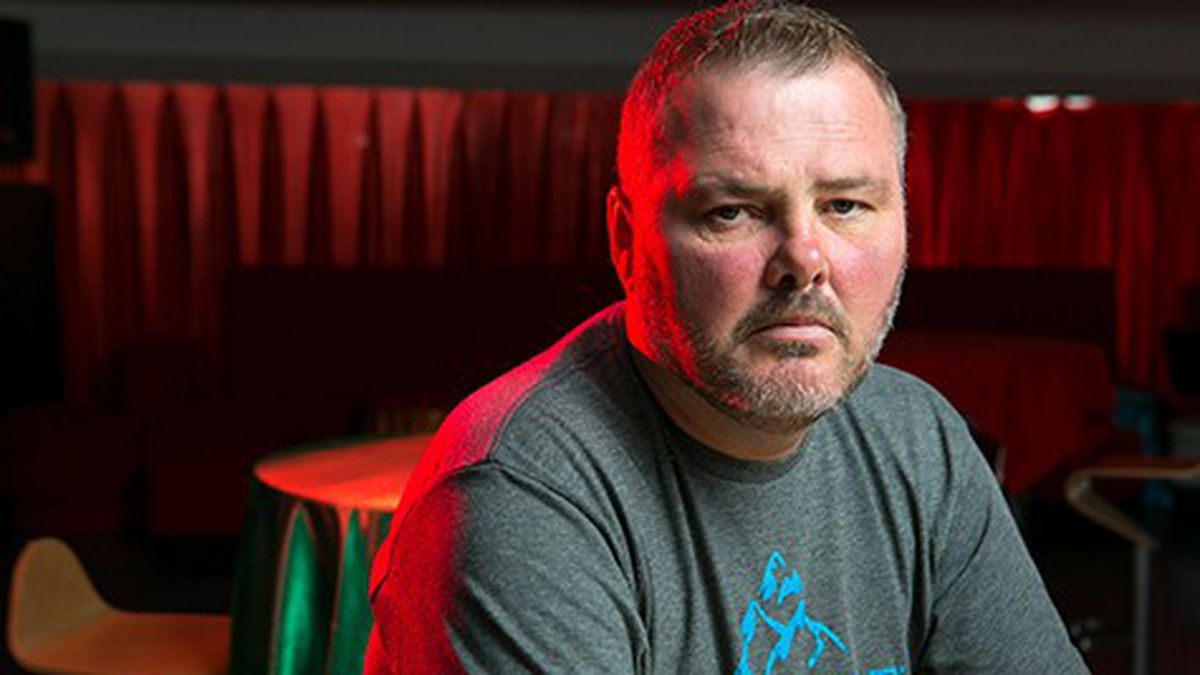 A national performance rights organization is suing Club 21/Bench and Bar for refusing to pay fees for songwriters — and in an unusual move, owner Charles Bisbee says he refuses to settle.

For years, Charles Bisbee, owner of Club 21 and Club BNB in Uptown Oakland, has ignored dozens of letters, emails, and phone calls from the American Society of Composers, Authors and Publishers (ASCAP), a national association that represents songwriters. ASCAP, which collects music licensing fees on behalf of songwriters and distributes royalties to them, has repeatedly demanded that Bisbee pay the organization several thousand dollars annually.

The two conjoined LGBT nightclubs on Franklin Street and Broadway by 21st Street have a combined capacity of 722. They do not host live performances or concerts. Like other clubs, Bisbee brings in DJs for events and also has a jukebox that patrons can use. ASCAP seeks royalties for all “public performances” of its members’ copyrighted songs — including recordings mixed in a DJ set or played quietly as background noise.

“They’ve threatened me for years,” Bisbee said. “They keep sending me mail … and I keep throwing it away.”

This time, however, ASCAP’s threats are much more serious. In a federal lawsuit filed two weeks ago on behalf of a group of songwriters, ASCAP accused Bisbee and his company Bench and Bar Inc. of repeatedly violating federal copyright laws. (Club BNB is also commonly referred to as Bench and Bar, the venue’s original name). ASCAP is now seeking damages of up to $90,000.

ASCAP officials say nearly 88 percent of the fees that the organization collects from licenses go directly to songwriters, composers, and music publishers — and that when unlicensed clubs play their members’ songs, they are effectively stealing copyrighted material without properly compensating artists. “When someone creates something, any composition, it’s their property,” said Vincent Candilora, ASCAP’s executive vice president of licensing. “If you want to use someone else’s property you need permission — and you should usually pay them for it.”

In what appears to be an aggressive media campaign aimed at discouraging other businesses from refusing to pay licensing fees, ASCAP announced last month that it had filed a group of copyright infringement lawsuits against Bisbee and eight other bar and restaurant owners across the country.

And in a move that ASCAP representatives said was unusual, Bisbee said he is refusing to cave into the group’s demands — and does not intend to settle the case. With Bisbee speaking openly about the suit and declining to pay a fee or negotiate a settlement, the dispute has raised a number of questions about the fairness of ASCAP’s fees and enforcement tactics — and sheds light on the uphill battle businesses can face if they do attempt to take on large performing rights organizations. “I’m going to fight all the way,” said Bisbee, who took over Bench and Bar sixteen years ago. “This is crazy to me. … I’m a small businessman trying to survive, and every single dime counts.”

Bisbee — who said he first heard about the lawsuit from me — said that ASCAP has been harassing him for five years and that he believes the association is unfairly singling him out. He said he knows a dozen or so venues in the Bay Area that don’t pay any fees to ASCAP — though he declined to name them so that they would not become targets for legal action. The owner of one small concert venue in Oakland (who requested anonymity) last week told me that ASCAP forced him to pay a fee several years ago, but that he stopped paying on principle — and hasn’t heard from the organization since.

To some critics of ASCAP, it seems clear that the organization has recently become more aggressive in its pursuit of licensing fees. Notably, ASCAP and BMI (the other major US music licensing agency) have even gone after Bay Area farmers’ markets that feature live bands as well as underground house concert venues — demanding fees that small nonprofits and volunteer-run groups simply can’t afford. (see “ASCAP Targets Farmers’ Markets and House Venues,” 3/14/12). And in recent years, as venues have increasingly used social media and developed online presences, ASCAP said it’s become a lot easier to keep track of businesses, ensure proper licensing, and identify copyright violators.

Candilora, the ASCAP executive vice president, said that the lawsuit against Bench and Bar is cut-and-dried and that Bisbee’s violations are flagrant. He said the organization has requested Bisbee pay a flat fee of roughly $3,000 per year — a rate based on the size of his venue and his status as a nightclub that uses DJs. ASCAP filed the suit on behalf of the songwriting teams behind “Temperature” (Sean Paul), “Sexy And I Know It” (LMFAO), and “Yo Tambien” (Romeo Santos Ft. Marc Anthony). ASCAP investigators allegedly have visited the club and heard those songs during three separate visits since November 2014.

The suit alleges that in 2010, Bench and Bar did, in fact, have a license agreement with ASCAP, but subsequently failed to pay the associated fees. Since then, the club has refused all of ASCAP’s license offers, despite more than thirty attempts to contact the venue, according to the complaint. The $3,000 fee would give the venue the legal right to play the millions of copyrighted songs of ASCAP’s more than 540,000 members, he said.

“Suing is a very last resort,” said Candilora. “Most businesses recognize that [a license fee] is just the cost of doing business.” But, he said, “There are business people out there who think they can simply avoid this forever. Once you’re on our radar screen, you don’t come off.” ASCAP typically files 100 to 150 copyright lawsuits per year and has roughly 150 licensing managers across the country who visit establishments and coordinate license agreements, according to Candilora.

Candilora said it is always ASCAP’s goal to settle cases and that the vast majority of suits are resolved this way. But in rare instances when venues refuse to settle and a judge ultimately orders a business to pay damages, the outcome can be fatal for a club. “There have been establishments that have gone out of business,” Candilora said.

Bisbee, who has not yet hired a lawyer, argued that he has not violated any copyright laws. It’s unclear, however, if there is any legal defense in his case that could prevail. Even if ASCAP’s tactics are inconsistent or unfair — allowing some venues to avoid fees while others have to pay — those arguments are irrelevant in court, said Alan Korn, a Berkeley-based copyright and entertainment attorney. “It’s not a defense to say, ‘I didn’t pay, but somebody else didn’t pay, too.'”

“We don’t like to litigate,” said Jackson Wagener, ASCAP’s vice president of business and legal affairs. “But the owners of Club 21 have repeatedly refused … to do the right thing and obtain permission to play songwriters’ songs.”

Berkeley: Not Just For Hippies Anymore

Remembering The Jacka: Mourned as He Lived

Study: Medical Pot Does Not Increase Teen Use