OPD signed a joint task force agreement with Immigration and Customs Enforcement in January of this year. 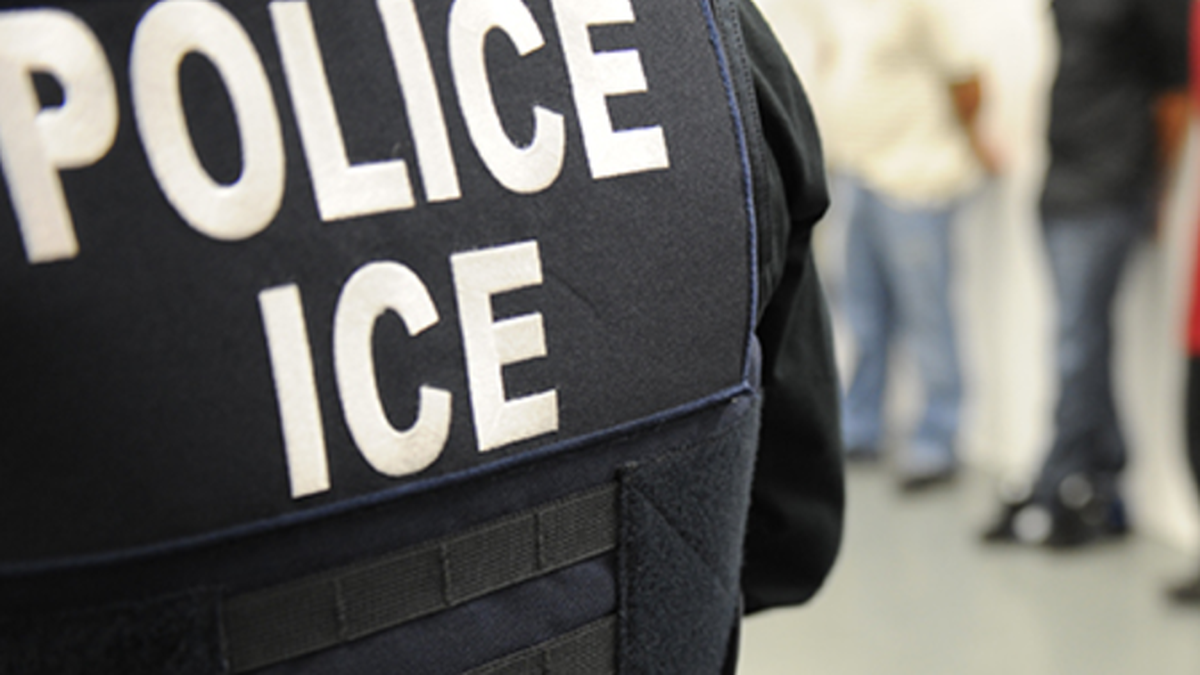 Share
Facebook
Twitter
Linkedin
For years, Oakland police officers have worked closely alongside the FBI, DEA, and federal immigration agents as members of tight-knit “task forces.” The Oakland Police Department shares data with the feds, and its officers are deputized to enforce federal laws as they carry out warrants and arrest suspects.

But outside of high-profile cases, and mishaps, these partnerships have garnered little attention from media and elected officials.

Now, however, the Trump administration has more critics voicing concern about the OPD’s work alongside ICE and the FBI, in particular.

“There is an inherent danger built into local task forces that has become exponentially more dangerous under the Trump administration,” argued John Crew, a retired police-practices expert with the American Civil Liberties Union. “We’re dealing with a federal government that has shown they cannot be trusted.”

Crew, who is involved in the privacy committee’s review, called the guidelines that control the FBI very loose, and described restrictions to prevent racial, political, and ethnic profiling as virtually nonexistent.

For example, the FBI’s operational guidelines, which were released last month by The Intercept, detailed how agents use immigration status as a means of leverage to develop confidential informants.

Information gathered by Oakland officers is also readily available to ICE agents, through shared federal databases. These data-sharing agreements are one of the main reasons why the Privacy committee is performing its review.

So far, calls from elected officials for greater oversight of Oakland’s federal police partnerships have been tepid.

“In Oakland, a lot of attention has been paid to the local police department, not so much the FBI,” said Lara Kiswani, executive director of the Arab Resource and Organizing Center.

Kiswani said that Oakland officials should have always been concerned about OPD’s ties to JTTF, as well as the Department of Homeland Security and ICE, regardless of what administration is in the White House.

“Obama allowed the surveillance state to expand as deep as it has, and this will allow Trump to target us more than before,” she said.

“We’ve heard from community members who have concerns about Oakland’s participation in the FBI’s JTTF,” said Christina Sinha, the national security and civil rights program co-leader with Asian Americans Advancing Justice. She said it’s been difficult to get information about Oakland’s ties to the FBI and other agences, or what kind of data OPD hands over to the feds.

Critics pointed to a recent blowup between the Santa Cruz Police Department and ICE, which resulted in “collateral arrests” of undocumented people who weren’t under criminal investigation, as one example of how these task-force partnerships can go wrong. But many Oakland residents don’t even know the partnerships exist.

This lack of clarity hasn’t given pause to Oakland City Council, which voted to create a task force with the Homeland Security and ICE last year (only Councilmember Rebecca Kaplan voted no).

Kaplan cited feedback from Muslim community members, who feel that the OPD’s existing participation in the FBI’s terrorism task force has resulted in spying on their community.

At the public-safety committee meeting last March when the new ICE agreement was approved, Councilmember Dan Kalb asked for an annual report to monitor the task force’s activities. However, it is unclear if and when such a report will be produced. The final legislation approving the partnership doesn’t require any such report.

OPD signed the new memorandum of understanding with ICE in January of this year.

Another OPD-federal link that is under review is the department’s data-sharing agreement through the Automated Regional Information Exchange System (ARIES), a network of local law enforcement agencies throughout Contra Costa, Alameda, and other Bay Area counties. ARIES shares this information, with the Northern California Regional Intelligence Center, or NCRIC, a “fusion center” that was set up after 9/11. NCRIC maintains a controversial database of millions of license-plate-reader records, collected mainly by local police-operated surveillance cameras across Northern California.

Six years ago, Crew led a successful campaign to restrict the San Francisco Police Department’s participation in the FBI’s regional JTTF. As a result, SFPD officers deputized as federal agents must abide by city laws and policies during traffic stops or during background investigations, including its sanctuary ordinance prohibiting police from asking a person about their immigration status.

And in January of this year, SFPD pulled out of the regional FBI terrorism task force, partly over concerns about how the Trump administration might direct the FBI’s investigations. (However, both SFPD and the Sheriff’s Department still have personnel deputized as ICE agents, according to an OPD report.)

Oakland, on the other hand, did nothing to modify its participation in the FBI’s terrorism task force.

OPD and the FBI first signed their agreement in April 2007, according to OPD spokesperson Marco Marquez. Unlike San Francisco’s agreement with the FBI, which required renewal every ten years, Oakland’s has no expiration date.

Among other things, the OPD-FBI partnership requires Oakland cops assigned to the JTTF to follow the FBI’s guidelines, including a policy that says they should determine the nationality and citizenship status of anyone placed under investigation.

Critics also worry that these local-federal task forces under the Trump administration will be used to quash dissent and surveil Oakland’s renowned activist communities.

“Trump and Sessions consider people who dissent from their policies to be suspect, and in all likelihood the FBI will be used to target people for political activity,” Crew said.

Locally, the FBI is already investigating the disruption of xenophobic provocateur Milo Yiannopolis’ speech at UC Berkeley last month. In North Dakota, activists involved in the opposition to the Dakota Access Pipeline project were repeatedly questioned by JTTF agents.

Crew says the legacy of the FBI when it comes to spying on communities of color and political activists calls for an examination of Oakland’s cooperation with federal law enforcement.

During a recent meeting with journalists, new Oakland Police Chief Anne Kirkpatrick asserted herself as top commander for the city’s law-enforcement officers, not the feds, and that she intends to respect Oakland’s activist culture and immigrant communities. She added that officers under her command won’t engage in any investigations that violate city policies.
FBI San Francisco spokesperson Prentice Danner wrote in an email that the agency abides by the Constitution, and that any withdrawal of local participation from the JTTF would threaten public safety.

Danner argued that, “[i]n the wake of 9/11,” FBI task forces with local agencies “are the most effective means to address priority threats like violent crime and terrorism.”

ICE’s San Francisco office did not respond to repeated requests to discuss their agreements with Oakland or other Bay Area cities.

After recent rumors of ICE raids and checkpoints in Oakland, Councilmember Abel Guillen asked Assistant Police Chief David Downing whether the federal agency was active locally. Downing told Guillen and other councilmembers that the raids and checkpoints weren’t ICE operations, but that ICE does conduct immigration-enforcement operations in Oakland independently of OPD.

Downing also told the councilmembers that OPD officers strictly cannot, and do not, enforce federal immigration laws, whether on their own or when they’re working in task forces with federal agencies.

Councilmember Annie Campbell Washington was similarly concerned about the rumors of ICE immigration raids, but she said that Oakland was proactive, and built into its agreement with ICE a policy that city police won’t enforce immigration laws.

Her statements were mirrored by the stance of Mayor Libby Schaaf’s administration. “OPD is not responsible for enforcing federal immigration laws,” spokesperson Erika Derryck wrote in an email. “None of the [agreements] we have with these various federal entities give OPD the authority to act as immigration officers. As such, OPD has not initiated nor enforced any immigration action.”

However, both Campbell Washington and Guillen say that the changing political leadership in Washington, D.C., and fear in Oakland’s immigrant communities, necessitates more fact-finding. “I guess the question for OPD is, ‘How can we be sure what happened in Santa Cruz won’t happen here in Oakland?’” said Campbell Washington. “Even the police department can get the wool pulled over their eyes in this moment.”

“The city has been clear in giving directions to officers,” Guillen said of Oakland’s sanctuary policies, which mandate that there be no assistance from OPD in the enforcement of immigration laws.

But after reviewing the recently signed task-force agreement between ICE and OPD, Guillen characterized the document as “kind of ambiguous.”

“We do need some answers,” he said.

Next ArticlePort Chicago 50 Brings History to the Stage