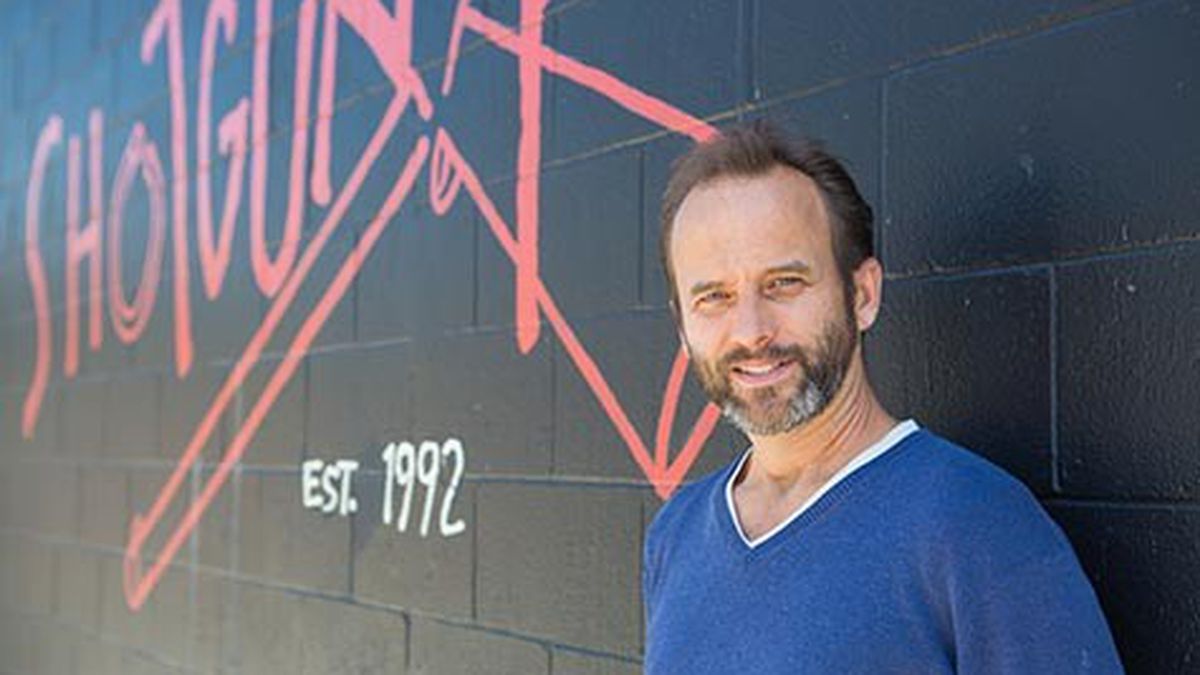 The first line of Shakespeare’s comedy Twelfth Night is: “If music be the food of love, play on.” The speaker is seeking music in his life because he’s not having much luck in the love department. When it comes to the East Bay’s upcoming theater season, audiences should expect an abundance of music as well, though hopefully not with the accompanying courtship woes.

“Music has a way of communicating emotion in a way that dialogue cannot,” said Patrick Dooley, Shotgun Players’ founding artistic director. “A couple years ago we started working live music into our shows. It started with actors playing Pixies covers on guitar as a pre-show warm up. More recently, we’ve been working full bands into the show. Every actor in our recent Twelfth Night plays music and sings.”

While you may have missed the musical stylings on offer in Twelfth Night, which ended its run last week, Dooley noted that every one of Shotgun’s shows this season has live music and singing. “There is a show-stopping song and dance number in New Electric Ballroom [Sept. 3-Oct. 5] that will tickle your loins and break your heart in the space of two minutes,” he said. “Harry Thaw Hates Everybody [Oct. 15-Nov. 16] borrows heavily from the musical Ragtime to portray the raucous and irreverent days of the late-nineteenth century. Our Town [Dec. 4-Jan. 11] will again feature a cast of singers, actors, and musicians who are creating a hybrid blend of early and modern American folk. The musical duo The Bengsons from this year’s 100 Days Project at Z Space are composing the score.”

Altarena Playhouse in Alameda stages two or three musicals a year, said Joe Mallon, who is the publicity manager and serves on the board of directors. This fall, Altarena ends its 76th season with the musical Little Shop of Horrors (Oct. 10-Nov. 16), with which audiences may be familiar thanks to the 1986 movie starring Rick Moranis and Steve Martin, which revolves around a sheepish florist’s assistant and the flesh-eating, R&B-crooning plant he discovers. As to why this season has a preponderance of music, Mallon said he thinks it’s because music appeals to a wide range of audiences. “Our recent productions — last year’s The Song of the Nightingale and this year’s Side Show and Always…Patsy Cline — showcase many different facets of musical theater,” he said. “Each delivered intimacy and spectacle, which is something other media can’t or don’t deliver as well. Drama and comedy are easy to find on TV. Singing and dancing are best experienced in person.” Mallon also said he was excited about Shotgun’s upcoming productions and the Talley Trilogy at Aurora Theatre in Berkeley.

The trilogy — three plays by the late American playwright Lanford Wilson — starts in the spring with Talley’s Folly and “takes us through shifts in American culture from World War II to the end of the Vietnam War and is written with great wit, intelligence, and a lot of heart,” said Aurora’s artistic director, Tom Ross.

“Thematically, the plays this season all seem to be about the collapse of a status quo and attempts — both dramatic and comedic — to create a meaningful life,” Ross continued. “This is true of all six productions, from Robert Mugabe’s social reform in Zimbabwe in Breakfast with Mugabe [Nov. 7-Dec. 7] to the perilous financial bottom lines of our American Suburbs in Detroit [June 19-July 19], from feminism’s responses to a 21st-century world where the internet (and free pornography) thrives in Rapture, Blister, Burn [Aug. 29-Sept. 28] to the dark and funny end of a nuclear family in The Lyons [Jan. 30-March 1].”

In response to what Susan E. Evans, artistic director of the Douglas Morrisson Theatre in Hayward, described as a “real demand for more music in our season lineup,” the company added Hank Williams (April 16–26) as its fifth mainstage show this season. “Hank Williams is a bit different, too, because the musicians are themselves the actors; you get to see Williams’ band reconstructed as you follow his tumultuous rise and fall.

“I think audiences appreciate making the connections from play to play,” she continued. “The plays this season are all the story of journeys — whether it’s to teeter on the brink of Niagara Falls [Wonder of the World, Aug. 28-Sept. 21], to find the true meaning of life [Candide, Nov. 6-30], or to escape a small town [Three Sisters, Feb. 12-March 8].” Evans noted that DMT has a long history of producing fully orchestrated musicals “with all the bells and whistles. … I think we are one of the very few mid-sized theaters in the Bay Area with a decent orchestra pit,” Evans said.

Berkeley Rep artistic director Tony Taccone also remarked on the abundance of music this season, adding, “This fall is full of surprises,” he said. “I liked the contrast of doing a wildly comedic, neo-feminist take on musical stardom [An Audience with Meow Meow, Sept. 5-Oct. 19] backed by a fiercely imaginative spoken-word piece about the Black Panthers [Party People, Oct. 17-Nov. 16]. Taken together, the two projects represent our eclectic taste and our appetite for unrelenting theatricality.”

Bay Area theatergoers may be especially excited about the latter, which examines the turmoil of the 1960s and 1970s told through the collective memory of the Black Panthers and the Young Lords. “It’s going to be a multimedia performance infused with music, dance, and spoken word,” said Berkeley Rep’s director of public relations Voleine Amilcar. “It will be explosive.”

While not expressly musical, The Flight Deck — the fledgling multidisciplinary art space and theater venue that opened in June — is hosting Ragged Wing’s take on a classic fairytale: Redwolf (Oct. 16-Nov. 8), written by Amy Sass and Anthony Clarvoe. Flight Deck is also excited to host The Last Days of Judas Iscariot (Aug. 28-Sept. 21), a courtroom drama about the “New Testament’s most infamous and unexplained sinner.” (Watch our video to learn more about the show and other upcoming theater events).

As to how the new space is faring, Lisa Drostova, Flight Deck’s public engagement manager, said, “Things are going great here. We’ve already hosted an amazing range of work in the less than two months we’ve been open, and we’re getting approached by visual and performing artists with a lot of projects.

“There is a definite, urgent need for performance space in Oakland,” she added. “And I find few things as exciting as talking to someone who asks, ‘Do you host spoken word? How about a film festival? I’m an actor and a dancer, is there space for me here?’ and being able to say, ‘yes. Yes. We’re open to that, we’ve got the space for that.'”

Such flexibility is prevalent throughout Bay Area theater productions this season. “The days of the couch drama seem to be dwindling,” said Shotgun’s Dooley. “The modern audience wants storytelling to hit them on multiple fronts. They want compelling drama, dynamic movement, and soaring music. For me it’s simply more fun to make a play that integrates multiple storytelling devices. Any chance I can make something that could never be on television — the better.”

“A great song will not be denied,” he said. “It has a way of sweeping up an entire audience.”