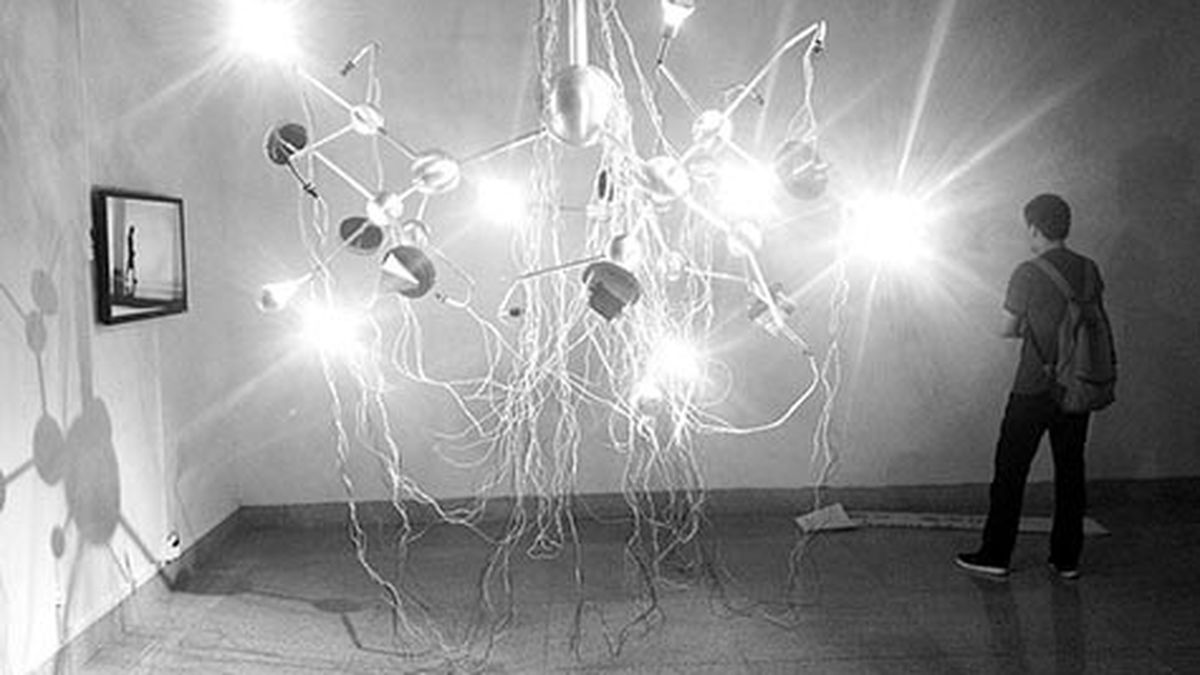 This fall, the East Bay art scene takes a conceptual tone with shows that challenge the conventions of curation.

Oakland has been attracting a lot of national buzz these days for being an emerging hub of cultural and creative production. That comes as no surprise to artists and patrons who have been in the thick of the tight-knit arts community for years. But it’s true that there is a sense of excitement electrifying the arts of late, and this flourishing fall season is a testament to that creative surge. Among the upcoming wave of exhibitions are a number of fantastic shows that showcase technique and reflect the various street-art styles that Oakland is known for. But a number of curators and artists are also taking a turn toward the conceptual, charging ahead on trajectories that have yet to be sketched out. These upcoming exhibitions highlight these outliers, turning our attention to aspects of art practice that we might have otherwise overlooked.

Over at City Limits Gallery (300 Jefferson St., Oakland), curators Evan Reiser and Alyssa Block are among those leading the march into uncharted territory. On August 30, they will be opening Something Completely Different (with a reception on September 5), a show in which sixty artists were asked to make one new piece unlike anything that they have made in the past. Fittingly, the show is also unlike any exhibition that City Limits has put on before, diverging from its usual focus on one artist’s aesthetic statement, and its tendency to let the work speak for itself. The pieces in this show will also speak, but in a way that broadly questions the authenticity and arbitrariness of artistic identity and the threat of monotony inherent to stylistic consistency.

Gallery director Conrad M. Meyers II and the rest of the team at Aggregate Space (801 W. Grand Ave., Oakland) consistently deliver high-quality, concept-heavy curation that often challenges notions of “good art” with work that verges on the absurd. This October, they will be putting together a show made up entirely of scientific data visualizations sourced from actual academics (Oct. 4-Nov. 2). The collection of work will throw rocks at the invisible wall separating science and art, highlighting the artistry of scientific endeavors, as well as challenging the extent to which viewing context establishes a piece of work as “art.”

Creative Growth (355 24th St., Oakland), another leader in challenging narrow conceptualizations of art practice, is putting on its second rendition of Collage Party (Aug. 29-Oct. 4). The art-making performance and installation, brought together by Winnipeg artist and curator Paul Butler, will invite the public to come in and collage the entire gallery for one week in a celebration of creative collaboration. In a number of ways, the show will disassemble notions of artistic authorship, creating a community in which appropriation and co-ownership can fuel a new awareness of art’s commodification.

The upcoming project Archive is similarly based in the social art practice of community-making. Lacey Haslam, the curator of BLOCK gallery, is compiling a collection of books sourced from the personal libraries of contemporary cultural leaders. Each participant contributed one book that has heavily influenced his or her work, annotated with a personal preface. Kala Gallery (2990 San Pablo Ave., Berkeley) will host the inaugural installation (Sept. 4-Oct. 3), which will continue to pop up in numerous locations around the East Bay until it finds a permanent home. The project draws attention to the importance of sharing the big ideas that ultimately manifest into personal works of art through material application.

Archive is one part of a series of socially engaged programs being presented by Kala called Print Public. It’s a “place-making” project for which Kala is partnering with UC Berkeley’s College of Environmental Design, Berkeley’s Department of City and Regional Planning, West Berkeley businesses, and others. The goal is to take an artistic approach to urban planning in the San Pablo Avenue corridor of West Berkeley through pop-up projects and public interventions. The rest of the programming will take place from February 13 through April 5 of next year, and is still in the planning process. So far, projects include public installations of recorded songs and stories collected from community members (presented by Taro Hattori) and public performances done by dancers wearing signage displaying historical research about West Berkeley (organized by Sue Mark).

In late November, BLOCK will also be presenting its second annual 9th Street New Media Art Exhibition, a group video installation that will take over an entire block in Old Oakland by projecting multimedia works onto storefront windows. Not only does the project create a rare opportunity for video works to function as public art, it prompts passersby to reimagine his or her relationship to the city.

Under the same theme of rethinking space, four acclaimed New York-based artists working in spatial and architectural intervention will be doing solo shows in the East Bay this season. Maya Lin is receiving the David Brower Center’s annual Art/Act award for exceptional work at the intersection of art and activism, and will be presenting the customary solo show that accompanies that award (Sept. 19-Feb. 4). Lin is most famous for having created the Vietnam Veteran’s Memorial in Washington, DC — a massive marble slab implanted into the side of a grassy hill. With the names of lost veterans etched into the smooth stone, the public sculpture functions as a national wound that refuses to heal. For her exhibition at the Brower Center (2150 Allston Way, Berkeley), she will be presenting smaller-scale abstract wall sculptures that highlight the fragility of bodies of water.

The second New York artist, Sarah Oppenheimer, will be doing a show at the Mills College Art Museum (5000 MacArthur Blvd., Oakland) from September 12 through December 14. Oppenheimer’s sculptural works aim to disrupt conventional spatial relationships by creating points of tension that challenge viewers to think critically about the architectural organization of their surroundings. Her show at Mills will also highlight the research and planning that goes into each of her pieces with a collection of ephemera taken from her artistic process.

Brooklyn-based artists Jennifer and Kevin McCoy will be playing with space in a more scale-based manner in their show All Exit at Johansson Projects (2300 Telegraph Ave., Oakland). The married artistic duo creates miniature dioramas, then lights, films, and projects their images onto walls in real time. Beyond skewing dimension, the works interrogate pop media by highlighting the distance from which we often encounter the world (Oct. 25-Nov. 7).

With a more historical approach, but an eye toward highlighting artists who moved into the spotlight from the margins of their time, Fertile Ground: Art and Community in California (Sept. 20-April 12) at the Oakland Museum of California (1000 Oak St.) will focus on four artistic communities that created social change at decisive moments in the history of California art. The artists are wide-ranging and include Frida Kahlo, Mark Rothko, Wayne Thiebaud, and Barry McGee.

Another show opening at the UC Berkeley School of Law (215 Boalt Hall, Berkeley) entitled Envisioning Human Rights (Aug. 28-Nov. 30) will focus on photographers who document human rights challenges with such power and empathy that their imagery transcends the limits of conventional photojournalism. The group of ten photographers include the internationally acclaimed Sebastião Salgado, Gilles Peress, and Susan Meiselas, and will surely be an unforgettable grouping of images, working to involve viewers emotionally rather than desensitize them.

The UC Berkeley Art Museum will be closing its doors at the end of this year, preparing to reopen in its new location in 2016. The usually fantastic exhibition lineup will be missed throughout 2015, but it seems that the rest of the arts community is more than ready to offer us some conceptual cud to chew on.