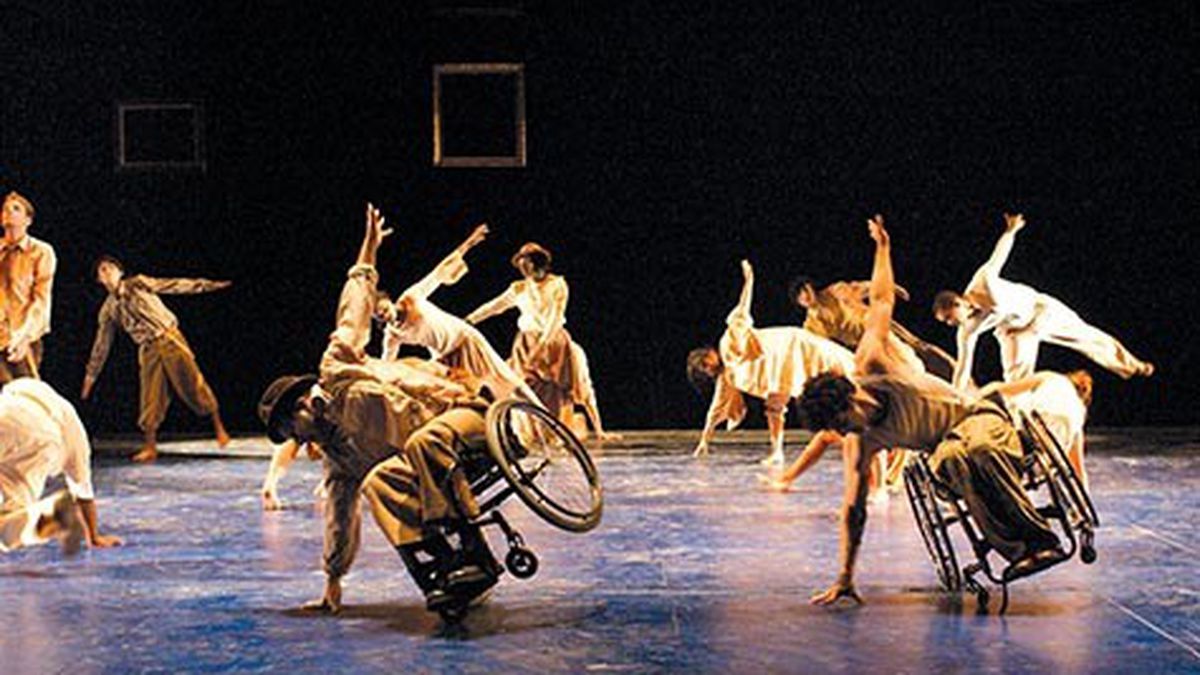 With offerings ranging from experimental performance installations to elaborate productions of Swan Lake, there's no excuse for sitting this dance season out.

For unacquainted audiences, dance can be one of the easiest art forms to dismiss with the claim, “It’s just not for me.” But the East Bay’s burgeoning, diverse dance scene deserves an audience. Luckily, the community is throwing its arms wide open this season, by offering performances that expertly execute traditional dance forms as well as local modern dance companies that are chipping away at the wall between audience and dancer.

One of the most accessible — and flat-out fun — events for non-dance experts is Paufve Dance’s annual 8x8x8 performance (Nov. 18). This year is the tenth edition of the production, which started out at The Stork Club as a way to bring modern dance to people who wouldn’t normally go see it. The production fueled creativity by enforcing restrictions — namely, that its eight choreographers each prepare an eight-minute performance to be done in an (approximately) eight-by-eight-foot space. (Admission is $8, too!) This year’s event will be held at The Uptown (1928 Telegraph Ave., Oakland) for the third year, and although there is now a bit more space for the dancers, the pieces still maintain a quirky spirit. Rather than performing on a stage, dancers do their thing on the floor, getting right up in the audience’s faces. This year’s 8x8x8 boasts one of the most exciting lineups to date, including performances by San Francisco’s Amy Seiwert’s Imagery, one of the hottest experimental ballet companies in the Bay Area; Push Up Something Hidden founder Amy Lewis; Bandelion of the always interesting Dandelion Dancetheater; Art of the Matter (an umbrella organization of Deborah Slater Dance Theater); the Banjo-wielding Evie Ladin; Fog Beast; Sculpted Motion; and Stance Dance Company (the first hip-hop dance company that 8x8x8 has hosted).

For those interested in a more lengthy and involved viewing experience, the brave new dance group Stranger Lover Dreamer will be presenting Paul C’s Homeroom Journal (Oct. 4-5 and 11-12) at Shawl-Anderson Dance Center (2704 Alcatraz Ave., Berkeley). The piece centers around the troupe finding the journal of a high school kid named Paul C. It’s made up of a number of segments — put together by group members Andrew Merrell, Elizabeth Randall, and Shaunna Vella with help from guest choreographers Tyler Eash, Rogelio Lopez, and Todd McQuade — that each begin with the dancers reading a passage from the journal. The musings of an adolescent are sometimes the most universally moving, and SLD makes them even more accessible by weaving in pop music and pop culture references that partially ground the dreamy performance in reality. It’s the first full production from the relatively young but promising group, and it’s likely to live up to its anticipation.

For younger crowds, the internationally acclaimed AXIS Dance Company will be holding its annual Dance Access Day (Nov. 13-15) again at Malonga Casquelourd Center for the Arts (1428 Alice St., Oakland). The company, known for its high-caliber choreography that integrates disabled and non-disabled dancers, offers a free educational performance for children ages six to twelve. The performance, which features excerpts from across the company’s repertoire, aims to educate children about the performance arts, accessibility, and collaboration. AXIS mainly works with schools to set up field trips for the show, but parents who would like their children to attend are encouraged to ask their teachers about it. Senior citizens, families that homeschool, and disabled adults are also welcome.

For people seeking an exceptionally different viewing experience, East Bay choreographer and performer Mary Armentrout will be presenting one of her signature “performance installations,” which straddle the line between theater and dance at Z Space (450 Florida St., San Francisco). The show, entitled fantasia upon the moment when the woman invisible to herself and the man who isn’t sure whether he wants to exist yet or not decide to go in on an apartment together (Sept. 11-13), is an exploration of the ongoing process of both getting to know yourself and investing in relationships with others. As is often the case with Armentrout’s work, the show will be experienced through immersion in a site-specific environment, with an audience of 35 people at most for each show.

Armentrout also co-curates a dance salon series called the MilkBar with Merlin Coleman and Ian Winters. The salon, which is hosted in The Sunshine Biscuit Factory in East Oakland (851 81 St.), features an eclectic lineup of multidisciplinary experimental artists working at the cross-section of film and visual and performance art. The next MilkBar (Nov. 14) will feature Ian Winters, Erin Malley, Maureen Whiting, and Merlin Coleman.

For more genre-bending work, the Inclusive Interdisciplinary Ensemble is the group to keep an eye on. The collaboration between Dandelion Dancetheater and California State University East Bay’s (25800 Carlos Bee Blvd., Hayward) Theater and Dance Department directed by CSUEB professor Eric Kupers, gets its creative drive from the diversity of its members. The group will be performing at CSUEB’s annual holiday dance and theater performance, ICE-X (Dec. 5-6) which is put on by Kupers and fellow dance professor Nina Haft. ICE-X is performed in conjunction with its partner dance showcase ICE, but features bolder, more experimental productions that incorporate elements of theater and music with a social-activist angle.

San Francisco’s annual West Wave Dance Festival (Sept. 4) will be dividing up its acts into geographical categories again this year, and the East Bay will get its own spotlight on the Z Space stage. In the lineup is El Elle, a musician and performance artist behind the now-defunct new wave band The Lovemakers who will perform a piece about the commodification of yoga and sex. As Arts & Above, partners Laura Kirkeby and Joseph Nontanovan will perform coHere, an emotional piece about a woman and her dying spouse. Sarah Bush Dance Project, known for its performances in unusual locales, will also be performing.

Those interested in more high-profile performances should visit Cal Performances, which once again has an exquisite lineup planned for Zellerbach Theater (101 Zellerbach Hall, Berkeley). Brooklyn’s Mark Morris Dance Group will once again prove why it is one of the country’s leading dance companies with two programs (Sept. 25-28) accompanied by live musicians, and ranging from Scottish folk songs to modernist Americana.

Later, Sasha Waltz will be paying a visit from Germany with an intimate and romantic piece set to (and titled after) Schubert’s Impromptus (Oct. 24-25). Waltz, who is known for traveling around with multidisciplinary collaborators, will arrive with seven dancers, pianist Cristina Marton, and mezzo-soprano Ruth Sandhoff.

Alvin Ailey American Dance Theater will also be returning for its annual Cal performance of dynamic, colorful modern dance that never disappoints (April 21-26). And for ballet lovers, the entrancing Joffrey Ballet will also return (March 14-15) with a program of three performances, culminating in the West Coast premiere of Alexander Erkman’s boisterous Episode 31. The Australian Ballet will also be performing Graeme Murphy’s Swan Lake.

If you’re pining for even more classical performances, Diablo Ballet (1646 N California Blvd, Walnut Creek) has a promising lineup of A Swingin’ Holiday (Nov. 14-15), Enticing Beauty (Feb. 6-7), and Celebrated Masters (May 8-9). The Oakland Ballet Company will also curb your holiday cravings with Graham Lustig’s The Nutcracker (Dec. 20-21). And in the spring, the company will be celebrating its fiftieth anniversary with Five Decades of Dance (May 22-23), an exciting program that highlights both historical masterworks and newly commissioned productions created by company alumni.